Just wondering if any of the fine growers here can give the pros vs cons or why buy one over the other.

I am looking to get one or the other and honestly, dont know what I am looking at when I read the websites information.

Can you post up a pic of Worm Juice? Never heard of it. I know fish shit is pretty good stuff. Honestly I’m using other random microbes right now instead of fish shit but it makes growth just go bananas on all kinds of plants, generally speaking.

I think @Fiz has some cool examples

Worm Juice or worm tea. It is used in organic vegetable and fruit gardening.

Ah. I think that’s just an earthworm casting tea. So good with micronutrients and nitrogen. Only real problem is that may or may not contain microbial life. Fishshit and others are specific strains of microbes known to be beneficial to cannabis root zones, which prevent against pests and rot, and aid in nutrient uptake.

All that you said Fish Sh!t does is what the manufacturers of these worm juice say. Probably try it (nothing gained when something is not tried) and next grow get fish sh!t as well.

It sure does. It just doesn’t list what microbes. I’m leery of products that make claims without details (not to say it’s wrong or imperfect, it probably still works and has microbes in it). Somehow seeing a list of microbe life is reassuring that it’s actually in there. Like so:

Lots of supplements list everything out. When they don’t, I get suspicious.

Actually, the most impressive example I have is not cannabis.

Here’s my orchid in March 2020. She blooms this time of year. At the time of the picture, the plant was at least 10 years old. 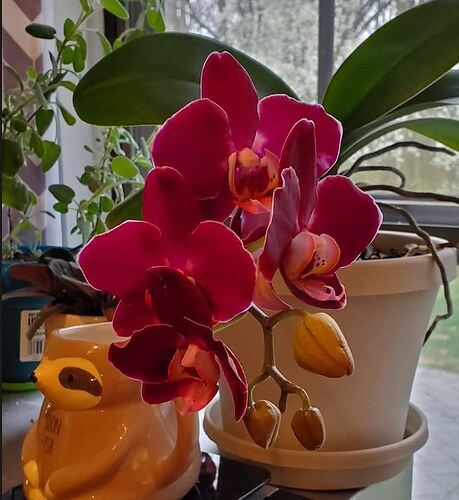 I am in awe of the microbials. Same thing with my African Violet. It went nuts.

A picture is worth a …
nice

Thanks! As you can see, they are not babied, they live on my microwave.

I can say with certainty that Recharge & FS created this incredible bloom. A regular diet of it should be doing my girlies a world of good too.

I’ve never seen anything like it and both plants have been with me a long time. 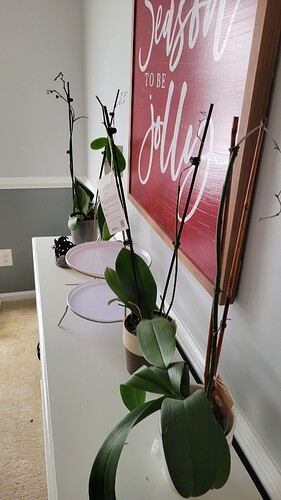 Sad as they are…but 2 years old and not dead.

I will try on blackberry plants,

And I will order a fish sh!t and use on one plant this summer and the worm on another.

Just watch using the worm tea if it contains nitrogen in flower. Fishshit
tribus. Mammoth p ect are all good but expensive. Work great tho I use tribus myself and love the outcome of it. I also made a homemade milk wash stuff that seems to make the plants explode with new growth after watering with it

From what I have read, I think both worm tea and fish sh1t are soil conditioners. They only provide micro-organisms to the soil. Not so much NPK component.

Worm tea was a little cheaper than fish Sh¹t. So I paid the 12 dillars to see what happens. What’s in the Worm Juice?

A couple of weeks ago I mentioned that I would be taking a look at the leachate that comes from vermicompost. Here is the worm house, owned by Master Gardener Meleah Maynard, from which this leacha…

Lechate is not worm tea…worm juice is the nomenclature for all types of worm stuffs.

Lechate is the watery run off or liquid in bottom of worm bins.

Worm tea is tea made with castings and molasses.

I have read it is not an NPK fertilizer. We shall see when I oprn my mail today.

Thanks…i was thinking that worm tea may be a cheaper substitute for fish drippings is all.

Do you get NPK out of the worm juice. And you can add fish shit too. without burning the plants.

did a little bit of looking into the product. it looks like you’re actually supposed to use the worm tea concentrate with the soil bacteria conditioner as

this is part of a whole line of outdoor flower and lawn care products from Petra. just understand what kind of products you are comparing because they for sure are not 1:1 substitutes for each other. and when used correctly per the bottle (with the soil conditioner too) it’s not even that much cheaper than fishit.

for outdoor gardening i was looking at a product called fishnure instead of fishit , which was essentially fish poop pellets, but i was concerned about the clay content.

I told you milk work , folks be thinking im bat shit crazy when i say you can used milk

, but until you try it and see the benefits , it wont evwr make sense on how crazy they grow . It blowed my mind when i first tried it but hey it works !

Damn fiz, very nice. I used to have over 50 different orchids and would always attend the orchid shows when I lived in Hawaii. I still have some but not as many since moving state side. Just beautiful.