@bob31 Do you think I should have the fan on in the tent to create movement in the air? Is that important?

Thanks @Donaldj I know my res is as high as I’d want it to be. I actually put a water heater for an aquarium in the res to keep the temp at 20c / 70f (that’s the lowest temp it’ll set to) but now wondering what temps might be if I turn it off all together. I just didn’t want water to be too cold (although maybe room temp will be fine). I might turn it off for a day and keep checking temps.

So I just checked temps and the water reads 26C / 78.8F so way too high. I turned off the water heater I had set to 20c and I’ll come back in a couple of hours to see if that makes any difference at all - I’d always been concerned with water being too cold, particularly overnight but I think my concern should have actually been with it being too hot! Seeing as I just had the one LED light which doesn’t put off much heat I thought it wouldn’t get too warm in there, guess I was wrong!

Anyway, just wanted to update my grow journal with what’s been happening. I’m about to go and read about the best/cheapest way to deal with this, so far I’ve read advice to freeze Coke bottles and keep changing them over, I’m hoping if I can fix it quickly that everything should be ok.

On another note, there’s now about 5 visible roots that have reached the reservoir. I think she’s looking happy currently and I’m loving watching her grow (despite the anxiety!) 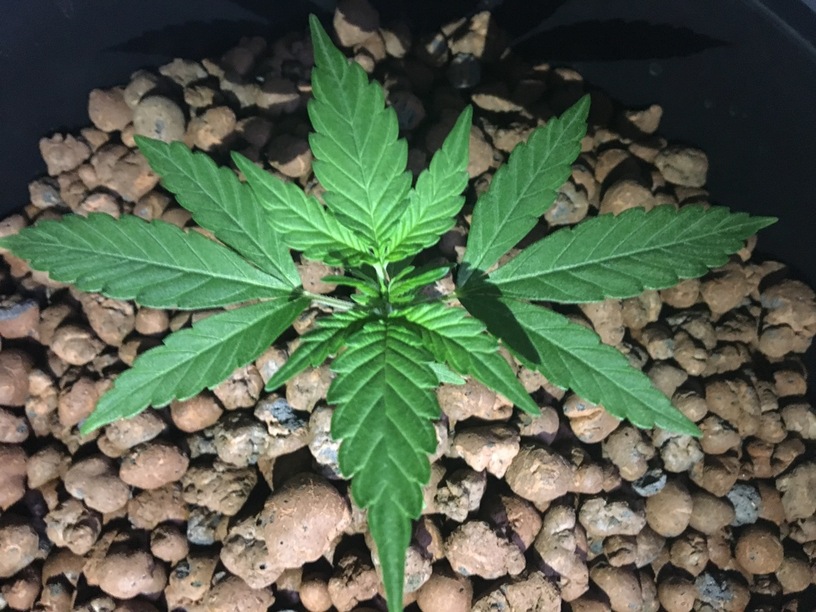 She looks perfect @Dopehat and I think you are making the right move there!

So I’ve managed to get the water temps down since taking out the water heater but not low enough. They’ve been around 22 - 23 C or around 71.6 F. I only need them down a degree or so!

I’ve looked at water coolers but they’re just too expensive. What does everyone think about putting a frozen bottle in there? It’d be so much maintenance to keep changing once or twice a day but may be my only option right now! Won’t the roots touching a frozen bottle shock them? @Donaldj @bob31

…And here’s a pic of her today. She’s really growing!! 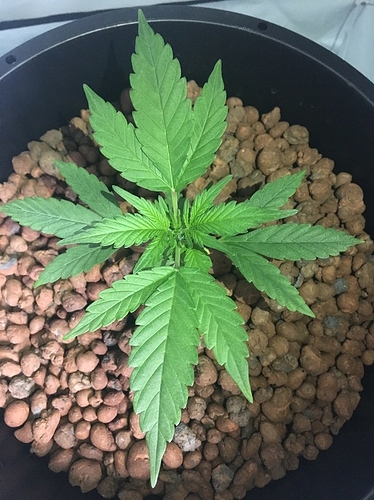 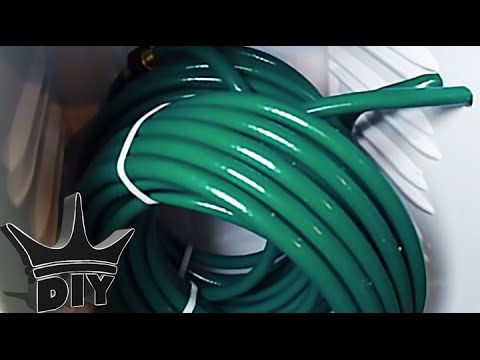 just another option but same concept

Thanks @Donaldj I’ll definitely look at that. And for just the next 24hrs or so will ice bottles in the nute bucket be ok? Cold won’t hurt roots if they come in direct contact with bottle? I just need something temporary whilst I work on rigging up a more permanent solution like the one you linked!

it should be ok

Ok so just an update for my grow journal. (I do this for my own reference but also a new grower may find it useful some day

I went to the Hydro store today and showed the owner lots of photos of my plant and asked lots of questions.

I’ve attached the close up photo that I showed him. He said that the kind of “pattern” on the leaves is to do with nutrient availability not being the best (he showed me a photo of his plant leaf and it was just solid green, unlike mine). So I bought a product called Humiboosta and I’ve been told to change over the res, add Humiboosta to plain / dechlorinated water, PH it to 6.1 and to leave my plant sitting there with that for 2 days, then add nutes after those 2 days. He said if plant isn’t looking happy to PH Down to 5.8 but she should do fine with 6.1 PH.

Overall he thinks she looks quite good but he said he’d like to be seeing a bit more growth at this stage. 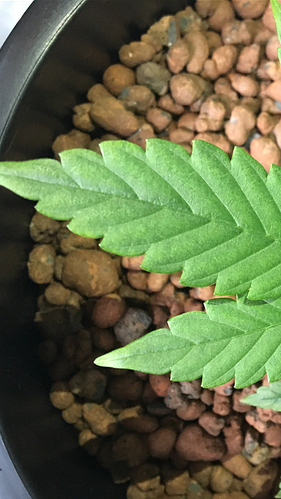 Awesome setul:) did you finally go with the ILGM blueberry autos? I am still waiting to try ILGM genetics! Going to be so

Thanks @Tricia ! I do have some ILGM Blueberry Autos that I intend to grow at some point but for now this grow is more of a medical strain from a different website

I have a very similar setup. Same seeds. About to start week 3 of veg.

Oh how interesting @muffybunny I’d really love to hear what you think of this strain and how your grow goes!! It’s so hard to find anyone who’s grown or smoked this one!

Edit: @muffybunny I just realised that you’re probably meaning the ILGM Blueberry seeds, not the MedGom that I’m currently growing! Still interested to see how you go though!

Hey all! So it’s been a while and I feel I should update on my grow! My girl is in flower (it’s been maybe a couple of weeks or so?) Everything has been going pretty well, no big issues at all which is good! I’m just watching her buds get bigger every day now!

I bought a microscope so that I can keep an eye on her trichomes which as of today all appear to be cloudy. I think I’m going to wait a bit longer until harvest, until around half of the trichomes are amber. I’ve researched and found that apparently if I want THC to be a bit lower / more of a mellow/couchlock effect that I should wait a bit longer. I’ve also read that in Hydro you just flush for a couple of days prior to harvest so I’ll wait for those trichomes to change first before doing that right at the end.

Can’t believe I’ve even managed to grow something at all! It’s been a rewarding process already and I’m not even at the stage of testing out my medicine yet! Any pain relief I may get from her will just be a huge bonus at this point, though I would be disappointed if I didn’t get any relief from it. 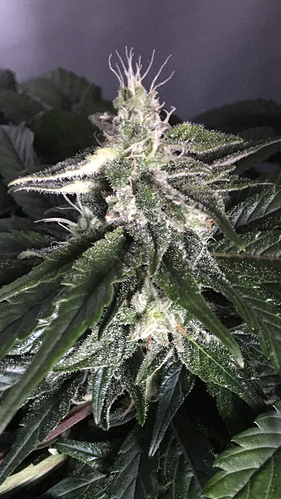 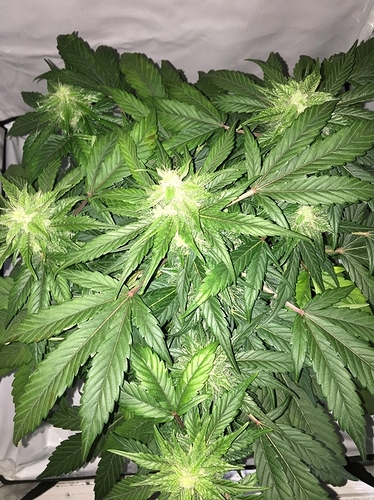