Here’s the amazon link at $399 with 3 year warranty 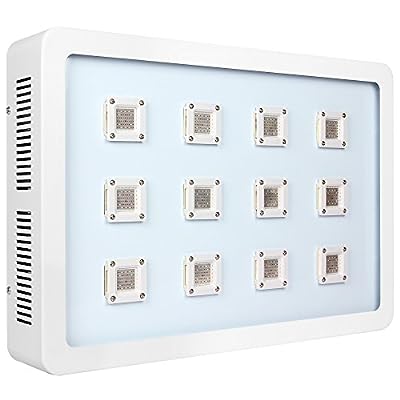 (EDIT: Sorry, that link was not allowed and was removed. Check Amazon for the same light and post that link!) bob31

Thanks for the tag @Nug-bug!

How do you plan to use the space @MarianoGomes? A 5x5 is a hell of a large space to light! If you’re planning on using the whole space to grow, we generally look to get in the neighborhood of 50 Watts per square foot. That light is listed at just over 500 Watts. I would also be slightly concerned that they don’t offer a spectral graph or par map at that price. Usually that stuff is included even with $70 lights.

While they may be very good lights, they really don’t give us enough information to determine that. And if you were to go with them, you would probably need at least two of them for a 5x5. And I’m just not sure an 18”x12” fixture will cut it regardless of the power.

Can we talk you into using four slightly smaller fixtures? Outside of dropping the cash on some cob rails, I think you’ll get the best performance that way. Or going with 1000 watt hid, which would be a whole different animal altogether.

I’d agree with @dbrn32, a 5x5 is quite a bit of space to light. Could you run lets say 2 lights instead of 1? Look into the meizhi leds on Amazon. I’ve running their 300w ome for about 6 months and love em, I just bought one of their 600w. They jave a good support staff/team as well. Just a thought brother, have a great day

@MarianoGomes please don’t start multiple threads asking same questions
I did see this one is directly asking about lights but the other thread covered that as well
Thanks fir understanding
@Donaldj do you want to merge them ?

oh sorry alright merge them if you want sorry new to this and forums as well.

Lighting can always turn into a topic on it’s own with varied opinions and suggestions this one is in right section and a less cluttered and confusing list. When I plan grow spaces my list is more point blank form 6" exhaust fan buckets base nutrients name and brands of things are less important. I figure if you want feed back on a special item than discuss that item alone, there are 100’s of leds fans and bucket systems we can’t be familiar with them all so only the basics matter

Miezhi and mars hydro seem to be group favorites if you’re looking for most bang for your buck. Try to find them that have a good balance between blue and red wavelengths. Like I said four fixtures around 300 Watts actual power draw would be ideal.

no i don’t think it will. i have just started and i am using LED.

the challenge comes in that LED don’t spread very well, they seem to project the light directly down. if my plants are not directly under the light they bend towards being under it. my advice is go with a lower power cheaper LED and more of them for better coverage. also,i HAVE found that the most important number you want to see is the input wattage of the lights! led are great as they create less heat cost less to run but basic physics says you still need a certain amount of watts to generate enough photons for the plants to syntasise into growth material. they all seem to want to claim the are 3500watts equivalent to a HPS light…i call bullshit on that. i would however say the 1500wat LED i purchased is probably equivalent to a 600wat HPS lamp, but only uses 185wats, INPUT that’s a formula i can live with! it’s important to know the cost of removing heat is 2X the cost of generating it so evert watt of HEAT that is not light of a HPS lamp is a 3X cost waist over LED. So if my LED uses say 200W vrs HPS bulb of 600W the waisted energy in heat and heat removal via AC cooling = 400WX3 or 1200 watts of totaly waisted energy every hour of 18 hours earlier for 3 months!

i would advise your best bang for the buck would be 4 of these evenly spaced in your tent. i have a 4x4 and even two of these bailey covers half…but that’s fine i’m not going into mass production. 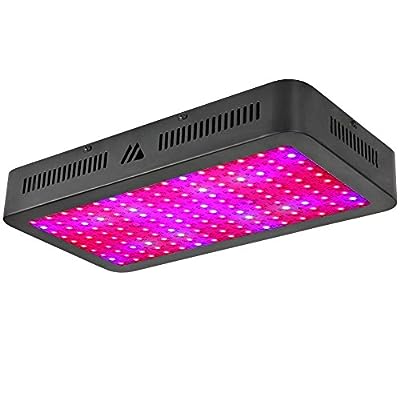 nice I think I found their main store. So maybe 4 now while I am learning then add 2 in the future…

@MarianoGomes I have two crx sunny 1200w COB LEDs (6) 200watt cobs with each individual cob with their own driver, and also Zaner protection, and they’re the best bang for my buck I could find anywhere at that time. More blue and red than a mehizi (not talking down on the brand mehizi, just compared data sheets) PAR was about almost 2000par at 12” from canopy. I would keep them not closer than 14” in full grown flower… I bought them for 165$ each two years ago. With their gaining popularity they’re larger wattage model is actually cheaper! They consume about 252watts actual consumption each. They’re still in perfect condition running 18hrs a day for a year now.

Temps inside a tiny 2x4x5 tent are mid 75-80 degrees with a 6” exhaust on lowest speed. Without fan it was 90 degrees. Perfect for what your looking for, they do have an 1800w model out now and using different COBs now, I believe they’re 3500k spectrum. I could be wrong on that. Do a search on them and find out yourself