Which light for Germination and Veg?

Hi guys,
I’m planning to set up a germination/veg room, I have limited space of 90cmx90cmx60cm (3’x3’x2’) I want to keep my plants there with LST about a month, but the space is very tight for that, so I need lamps that won’t burn my plants and advices how to keep it healthy and fast growing. I’m planning to germinate there about 20 plants. I was thinking about Tled at first (to keep my electricity bills low) but T5 lamps has so many benefits. My attention got 4x55W T5 option, is it enough W to develope my plants? I don’t want to get small weak plants after a month. Are they warm? How often should I change them? Any advices or replacements?

You could pull it off with as little as Type A LED bulbs…I did in a 2x2 with 3 of these: 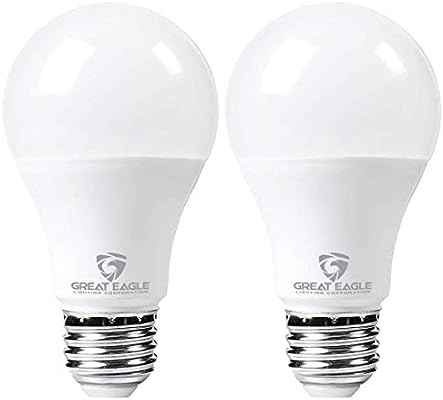 
They have much better penetration and are more effecient and cooler than CFLs. Here’s a plant that was under them from rooted clone to a few weeks into flowering.

20180822_161635816×612 322 KB
That was Lemon Skunk I think, about 2 weeks after flipping to 12/12, all under those LED bulbs, in clamp on reflectors, with their plastic dome/diffuser cap thing pried off…that increases their intensity significantly.

You’d want more lighting than that for flowering though. You could get away with just more of those bulbs, but the difference in buds grown with them vs. high end grow lights is huge. You can’t get dense, fat buds with cheap lighting, very easily.

I have separate tent which has 3feet on 3feet and 2feet in height. For flower I have another tent. I just don’t want to burn my plants with LED (the best suggests that i have 10cm between lamp and plant and they already take 10cm place so pots do) thats why I’m looking for sth small and sth what can be close to my plants and also develop them nicely to prepare for flower. T5 sounds the most reasonable so i think i will hit in it.

Nice grow bro!
How far do you hold your bulbs from plant tops?

I used just one at first, then two, then all three as the plants grew. I’d keep the single bulb right on top of it, just a few inches away. But as they get bigger, I’d raise them a little to make the footprint larger. I want to say in the photo, they were maybe a foot off the canopy, if that. Too far away, and you’re just lighting the very tops and not getting hardly any penetration. Inverse square law is a bitch.

thanks, I think I got my answers.

20 month old plants will be packing a 3x3 pretty tight, especially if you will be training them. I think a DIY type of light where you can spread out intensity is a good idea with minimal height.

I don’t have time fot it now