When to cut fan leaves

I want to know when I can start to cut /trim fan leaves. 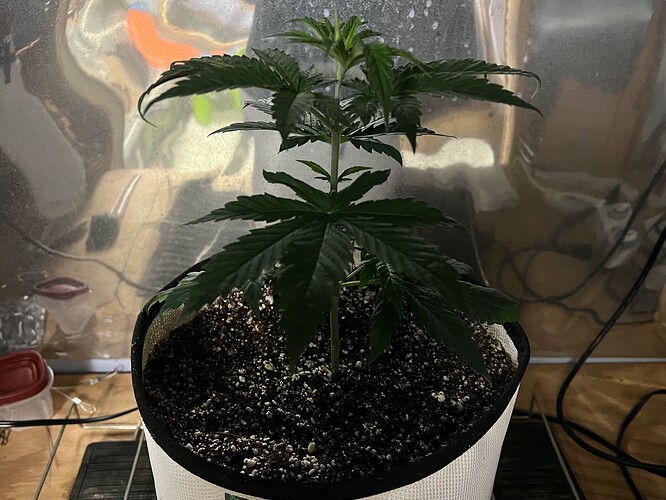 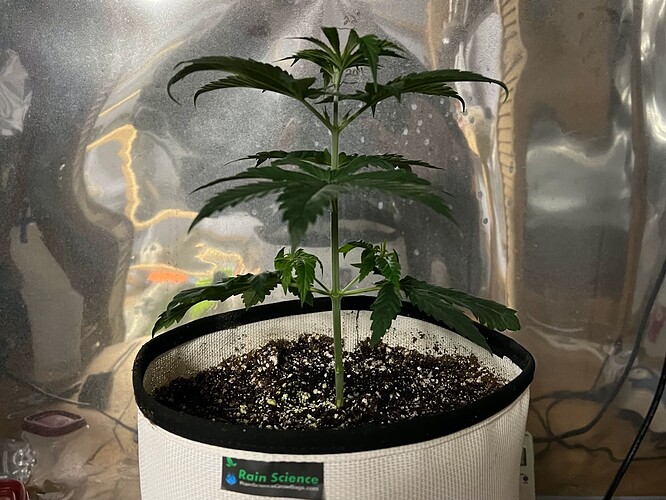 when I can start to cut

Agree with @MidwestGuy those fan leaves will help out looking good

Agree with the comments above. The idea that they are taking vital energy from the plant is false. They are already grown and are now producing the food the plant needs to grow. What we feed the roots are just the building blocks for the complex sugars the plant actually need and those are made by photosynthesis in …Yep, The Fan Leaves.
Cannabis is quite hardy and will tolerate a lot of defoliation. But at this point and on your plant it will only slow it down. As mentioned it will be good to keep air flow to prevent mold later if its too bushy.

I should add I did remove the first set of leaves with the baby leaves due to that they were too close to the soil when I transplanted it.

I do that. Keeping them out of the dirt is good.
There have been thousands of defoliation studies done by university agricultural departments. Not on cannabis because obviously they cant due to federal laws, but there is abundant evidence that in those studies defoliation is fine in small amounts and wont harm production. But in every study no plant was shown to produce better by heavy defoliation. This is a topic that has proponents on both sides and there are many who disagree with my viewpoint. Once its federally legalized then the real tests will begin and this will be put to bed one way or the other.
One example…

Deciding when to defoliate a crop is an important decision from several stand points. If the crop is defoliated too soon, yields, quality and profits suffer. On the other hand, depending on the

As far as defoilation in general, not in this instance, removing fan leaves when flowering does allow more light for the flowers. I’ve seen some videos where plants were stripped almost naked and produced nicely. Eventially these fan leaves will come off allowing more energy to a much more mature plant in a couple of weeks or so. I’ve experienced major defoilation and had plants grow like they were out of control but in this case with the plant in such an early stage I think it would definitly be too agressive. I have only a small grow room supporting one plant in a 3 gallon planter so micro managing my grow in important. Actually after the 5th node appears I usually pinch the plant back and get readdy for my SCROG net. Let me be clear, I’m not debating this plant be defoilated at this time but I was wondering how early I should start to remove any foilage.

more light for the flowers

I only meant to posit my thoughts.
I could be 100% wrong. 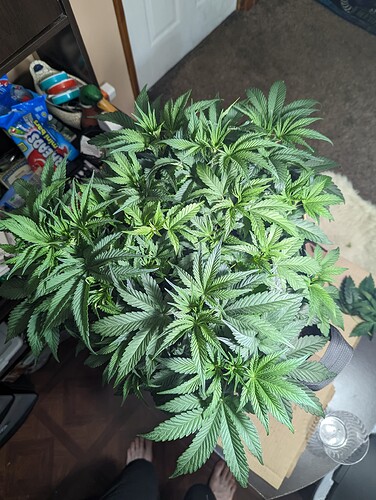 But they need light.