What is your lb per light?

For those of you that grow indoors, what is your pound per light ratio?

It’s a gram per watt by 50 square feet I think is how it’s explained .

Generally speaking, yield isn’t measured by number of lights, as all lights are not made equal. Instead, the standard for experienced growers is about a gram per watt.

This isn’t what I like to teach, unless your focused on retail. I would instead invite you to concentrate on quality over quantity. Anyone who may have the time and money to Veg for an extended amount of time, has the capacity to yield large numbers, regardless of light numbers and relative density. Many commercial cannabis growers get much higher yields. Not everyone has the knowledge to produce medical grade cannabis.

I am more interested in learning to grow top shelf buds, than mass quantity. However, I just took over an operation and produced 9lbs on 47 plants. That’s seemed to be very low in my opinion. Any thoughts?

You probably can get about the same yield with less plants but that’s a big space you have some math to do on square feet and how much light per watt to each 50 square feet , if 3-5 plants is sharing the same space can be why your yield seem less …!

There is many factors of why yield size may be limited, but without detailed knowledge of the garden, it’s hard to tell; for instance, they may be limited on space per their license, but not plant count. By packing more (smaller) plants, overall yield maybe higher, or, the desirable genetics are a smaller yielder. Truthful, there is no way to know without being on site.

@BigRip
I’m not sure a support ticket would work in this case, so…

What are the light you are using?
What strain are you running?
CO2?
What’s the floor space?
How long are you Vegging for?

For the strains, I had Girl Scout cookies, strawberry milkshake and sour d.

Yes, I run co2 in the flower. I think they were in veg for about 8 weeks. I don’t recall exactly, my brother started the process and I joined in

Seems like an awful small yield for 2 months of Veg. Maybe filling out a complete support ticket is a good idea. What is the running air temp? …and if you feel comfortable suppling picture, we’re very picture friendly here on ilgm.

[support-ticket] Latewood’s original ILGM Grow Support ticket I came up with the ILGM “Support Ticket” years ago in order to help new membersto easily provide the necessary information to the community mentors, and our ILGM Moderators so we could provide informed advice to help you grow successfully. Experienced community members and expert staff will be better informed and more capable of providing a more informed answers to your questions once hey have an idea of what you are doing. COPY/P…

You’re absoletly right, my first succesful growth was AK-47 with a 1000 watts led light and reach a little bit more than 2 lbs

Was that in soil or hydro? @Niala

And i’m expecting more from my on going Chocolope

may be i’ m dreaming awake for that one

My brain is mine and I don’t wish for anybody to have issues if it is shared​:astonished:

Seriously, for you, i’ m open mind and if I can help you with my honnest and humble knowledge and in humility I will try if you ask my help 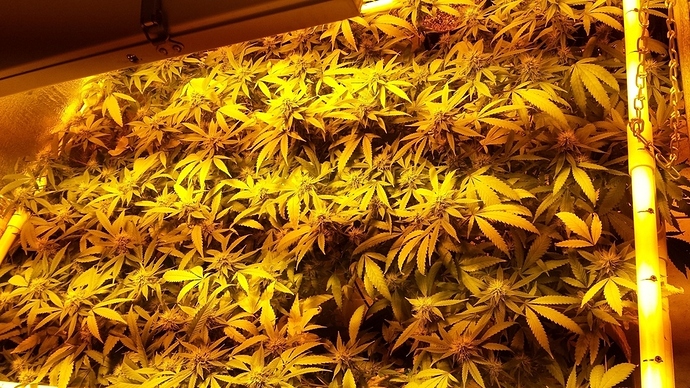 They are looking great