What is WRONG? Curles, White Spots on leaves

Hey everybody…first time post but have been a fan of this web format for awhile now.

I have 2 clones that have been given to me but i just transplanted them from Dixie cups into 1.7 gallon pots 2 days ago. I am using Black Magic soil and have used distilled water and have them under 2 300 watt Mars Hydro LED lights and I am seeing this. What can or should I do? Please help me out…T.I.A.

They were both given to me 3 days ago, the one pictured is Cotton Candy Kush and has the most severe apparent damage. The second is Gods Gift and has lower leafs yellowing tips, and has an upper fan leaf with a pure white dot and surrounding browning.

I have not given any nutrients. Only used distilled water. Humidity is at 40% temp is at 78F°. I have 6 other small seedlings that are THRIVING in this environment.

I’m not sure, you can check the pest and problem guide. If not maybe one of these guys can help. @dbrn32 @Covertgrower @Countryboyjvd1971 @garrigan62

not knowing what has been given to them prior, could be a nute lockout or too much nutes. Id flush them with some ph correct water and see how they do. But Ill tag a couple folks that know a lot more than me.
@garrigan62 @Countryboyjvd1971 @Hogmaster

Thanks for the quick response. And yeah ill take a look for sure.

@Sasquatch Yeah ill flush them out first thing in the morning. Thank you again. Im worried for rotting roots tho? I saw them and they seemed fine on day of transplant

you transplanted those recently? could be some shock involved too.
I’m closer to rookie than expert, those guys will chime in and get u going the right direction. IF you could be sure you have as much info on them as possible. The more info they have the better to diagnose the problem.

Good morning @Sasquatch
Hey @Flat.Foot welcome to the forum
Can you get a picture in natural light
Hard to see under the led
You said you just transplanted both of the clones
Where the roots ball real tight in solos they look big to have still been in cups ?
The what patch can be light bleaching also
Did you friend have lights real close?
I would watch new growth a d give them a few days to adjust to the new surroundings

First I want to welcome you to ILGM

Over watering is one of the biggest mistakes new growers make, reason for this is, because they feel
the need to give there plant everything and will overdue a lot of things and one of them is over
watering. By over watering your plant you soak the roots so much, they can’t get enough oxygen
and slowly die. The plant shows signs of over watering by: Wilting, droopy look, yellow and or dead
leaves falling off, which includes leaves that don’t look dead falling off. One of the best ways to
tell how NOT to over water is by, picking up the pot when it is dry and then picking up the pot after
you water. (This is a reason why it’s smart to use light pots.) When you water, you want to water just
enough to where you see a bit of water coming out of the bottom, not gushing or pouring out
. Just enough to see a little bit, then you know the plant has enough water. To prevent over watering
you can either: add more perlite to your soil, add hydrogen peroxide to your water for extra oxygen,
all the while killing bacteria if any in the soil. After watering, wait a few days to water. Mj plants
like a good watering and then a couple days to dry out in between watering. So it’s very easy t
o over water. Besides the weight of the pot, another way to test if your plant needs water is to stick
your index finger a couple inches into the soil. If the soil at the tip of your finger feels almost dry,
then it’s time to water again. The top of the soil should be allowed to dry out between watering if it’s
still moist the plant does NOT need watered. You can also use a moisture meter which will tell you the level
of moisture down in the soil. You can buy them at most garden supplies or hydro shops.
Here is a picture of what over watering looks like:

BUT DONT’T BE FOOLED CAUSE OVER WATERING LOOKS THE SAME

How about filling out this support ticket and be as complete as possible. In particular; tell us your watering practices including how you measure ph.

COPY/PASTE: This “Support Ticket” into your forum post.
Answer these simple questions the best you can.
If you do not know, or do not use something; Just say so = NA

Soil in pots, Hydroponic, or Coco?

PH of runoff or solution in reservoir?

What is strength of nutrient mix? EC, or TDS

AC, Humidifier, De-humidifier,
Co2; Yes, No
Add anything else you feel would help us give you a most informed answer. Feel free to elaborate, but short, to the point questions and facts will help us help you

Welcome to the forum! @Flat.Foot @Sasquatch has you covered, as does @garrigan62.
A better quality picture under normal lighting is always best.
I think there are several things wrong with your plant. Over watering, and if you haven’t fed her she’s probably hungry. But she may not be taking in nutrients becaue of the ph lock out issue as @Sasquatch mentioned. That support ticket to fill in missing info will really help thanks @Myfriendis410

Strain; Type, Bag seed, or NA: The first is Cotton Candy Kush. It is a 2 or 3 week clone. The second pictured is Gods Gift clone at same age.

Soil in pots, Hydroponic, or Coco?: Medium is soil, I used Black Gold All Purpose Potting Soil for CCK and Black Magic for Gods Gift.

PH of runoff or solution in reservoir?: N/A

What is strength of nutrient mix? EC, or TDS: N/A

Ventilation system; Yes, No, Size: As of now no. Just an 8in. Fan as an intake and a 5inch for exhaust.

AC, Humidifier, De-humidifier,: I have a humidifier
Co2; Yes, No: No its in the living room so alot of Co2 in our space I would think.

I have 6 seedlings that sprouted a 6 days ago and are THRIVING.

This is Cotton Candy Kush

How are you watering? Do you ph your water? If so, how? How often do you water? Do those pots have good drainage?

Let me call in @Donaldj and @garrigan62 @Countryboyjvd1971 to look it over. I suspect nute burn and too much water.

Is this your soil? 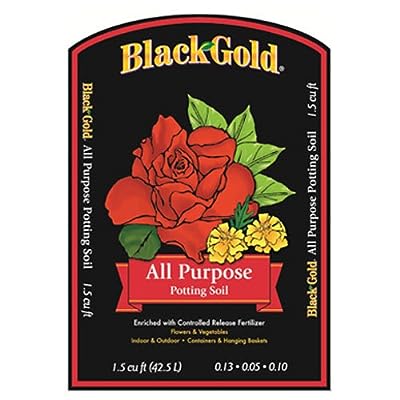 All purpose potting soil with controlled release fertilizer is a multi-purpose, nutrient rich mix that is ideal for all plants, including house plants, patio containers, and hanging baskets. Specially ...

If so, it has timed release fertilizer in it which is burning your plants.

No feeding both clones for 1 month to 6 weeks? Ok thank you everybody for the help. Ill update in a couple days with progress if so. Much appreciated!

So this is an update, both clones have adapted very well and there is new growth EVERY day which is awesome. I did exactly what yall recommended. Just normal pH’ed water no nuts and they look great now. Thank you so much.

I also started to do some LST on the Cotton Candy Kush, how is it looking? @Sasquatch @Covertgrower

They look much better! @Flat.Foot
I did some lst on 1 of my girls my last grow. turned out well !

Yeah thank you @Sasquatch this is my first grow and just decided to do so. A buddy of mine gave me a bag of 20 Afghan kush seeds and so I planted 3 of em and plan on just trying to pinch em and train them. Hopefully scrog em too haha. Just having fun, soo much to learn tho.