What do you guys and gals think?

Out of the seven plants I planted in mid July and flipped to 1212 on 8/12 I have one still standing. This was my first grow. Plant in question is a girl scout cookie x jack herer fem. She has been in flower for a full three months, plus. Her older red calyxes have fully cloudy with a good bit of amber. I would chop it based on how they look. However she is just putting out new growth everywhere. I kinda got in a rythym of full feeds and didn’t realize the feed schedule called for a tapering off for a couple weeks before the flush period. So in short I have been giving way over the recommended dose for later on in flowering…I did this with the other plants too though and they finished fine and I’m loving the smoke. Could this be playing a part in her not finishing? I also let her get too close to the light for a week or so. Eight to ten inches in some spots. That’s when the leaves started dying lol. They kept dying after I pulled her down though. Could this have played a part? On the other hand maybe this plant is just doing what it normally does and has a very very long flower time? I don’t need the space yet so I’m just watching and waiting but what do you guys think? Look like normal growth or something weird going on? I’m thinking something weird. Growing in cheap dirt from walmart, not the problem here I’ve had 20 healthy plants in this dirt as of now. Nutrients are dyna gro; bloom, mag pro, protect. Giving cal mag. Light 500 watt qb knockoff with 301b diodes. 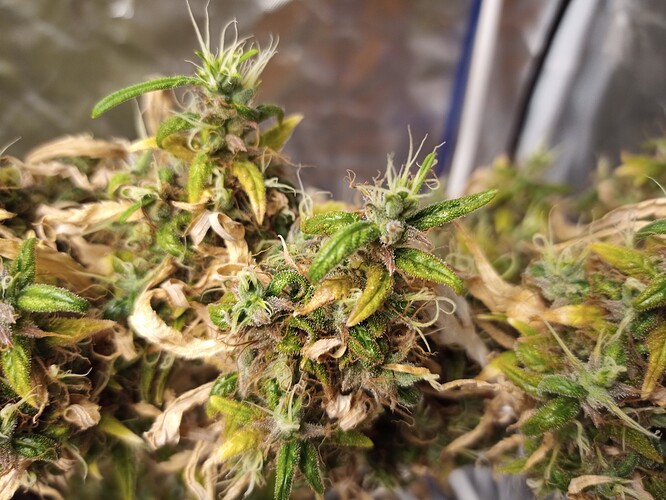 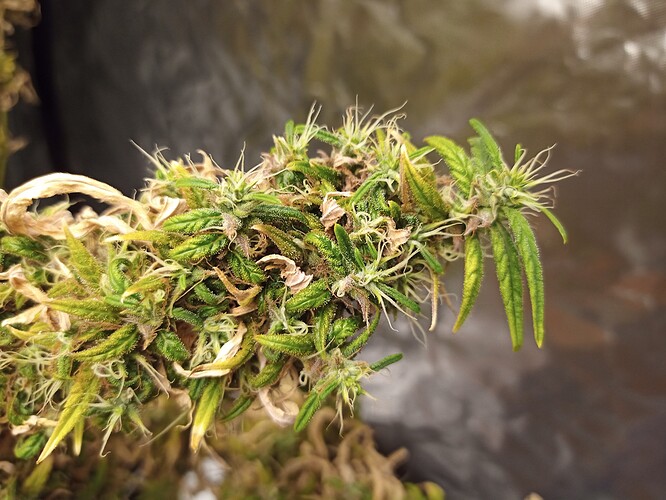 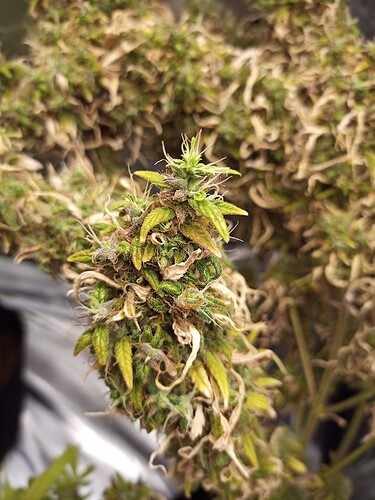 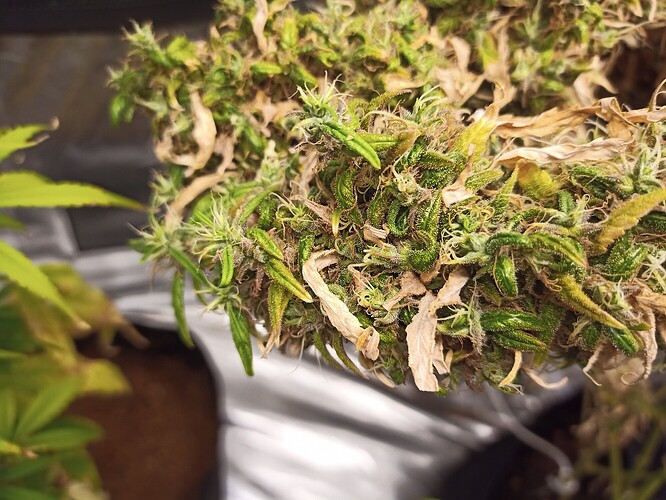 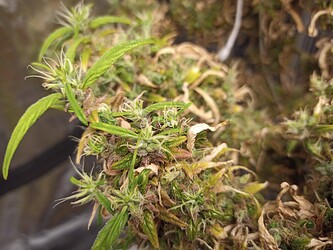 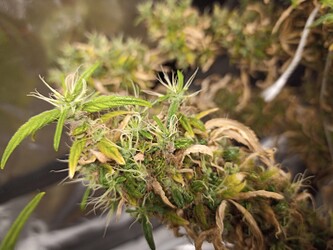 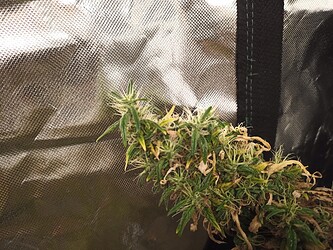 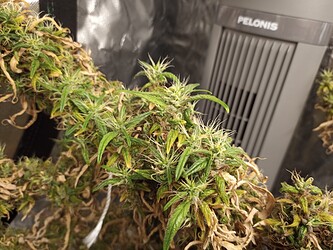 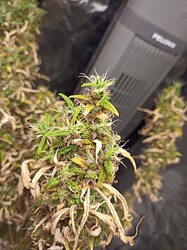 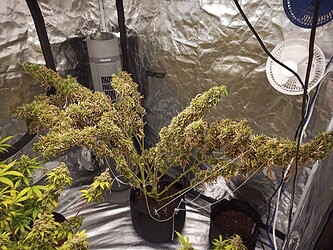 Hey, I looked at the pic and was like OK I gotta read first. It’s definitely problematic so now your in a tough spot let me ask a few people. @Nicky @Covertgrower oh and I saw @merlin44 on too.

Thanks for the tag @SKORPION

I fed heavily to the end on one grow to see what would happen. Guess what? I got massive fox tailing and nutrient burn just like you have. The buds were trash in my opinion but that depends upon if you have more buds to fall back on.

The problem buds could be used for making edibles or extracts.

I realized my mistake a week ago and have adjusted per the feed schedule. Will she finish now? I can just chop it and trash it honestly and not feel bad about it. My other six plants treated me well. I’d rather finish it out and see what I end up with though if the veggers don’t outgrow their current accomodations. Thanks for the input.

You could go either way, learn by finishing to see what happens or cut your losses having learned something.

@merlin44 has you covered here I’m late to the knowledge party.
I suggest when you do decide to turn into bubble hash or coconut oil.

As for fox tailing it’s ussualy from to much light, heat or genetics.

I haven’t heard it being from running high nutrient load late into flower. I never taper off my nutrient loads I run full power right to the end lol

I did find it odd that the others finished fine with the same nutrient routine. Maybe a combo of the light exposure and high nute load. This plant was/is by far the closest to the light.