What are you using? Watts per sq ft

Thanks again for getting me those specs. I’d like to also be able to find the data on all the brands.
My initial question was about getting data on the those two HLG fixtures. Where do they publish? If not with the normal sale propaganda? I not a pro just been looking and found the specs that most peps are using and the right price with warranty.

Hlg for instance has link to each on the product page. Chilled tech has their components tested individually by same company, but has test reports on a different page of their forum. Plc also available via link on product page.

To give an answer to your question.
I’m blasting 26.6 watts per sq ft. Can’t wait to see my end results💪
So I was taught,here, to throw that watts per SQ ft poop out the window.

throw that watts per SQ ft poop out the window.

Hey @StonedCold13 don’t throw your watts out with root zone runoff.
What I’d want to emphasize is you need to check PPFD of your lights for a understanding of how well they are putting out the spectrum that is beneficial for plant growth.
Watts aren’t really that telling using today’s LED fixtures.
Here’s good tutorial on PPFD from Dr. Bugbee. 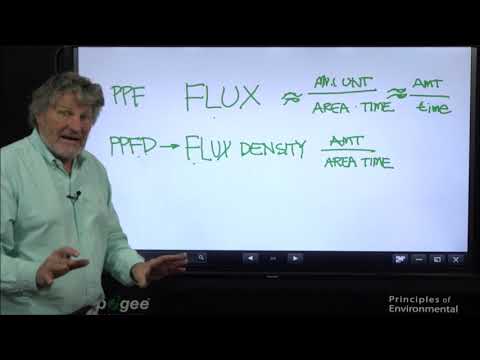 I agree and why I was saying going by wattage per SQ foot is not how to look at these new high powered LEDs. I was using 2 600 hps for a space I’m now using 2 320w LEDs. LEDs are way new to me, 1st build 1st grow. I’m about 579 ppfd at 38ish d!I. Trying to get that back up but had some environmental issues that are now resolved.

The difference between PPF and PPFD by definition

PPF and PPFD are both acronyms that deal with the amount of light for a light source or location:

Specifically, this includes photons with wavelengths between 400 nm and 700 nm.

PPF and PPFD measure the quantity of such photons. The critical difference is that PPFD measures the density of these photons falling on a particular surface, while PPF is a measure of the total number of photons released from a light source.

The graphic should reveal two additional properties about PPFD.

Second, the center of the beam typically has the highest PPFD reading. As you move farther away from the center, PPFD will decrease.

PPF and PPFD units of measure

Both PPF and PPFD measure the total number of photons. This is obviously a very large number, so the unit micromoles (μmol) per second is used. A micromole is equivalent to approximately 6 x 1017. Further, since we are measuring the rate of these photons, this is counted per second.

PPFD should always be accompanied by a distance and location. Most manufacturers will publish PPFD data, but be sure that you take into account:

Without knowing this information, you cannot meaningfully compare PPFD.

PPFD can be the result of multiple lamps lighting a single area.

PPF, on the other hand, measures the amount of PAR from a single grow light. You can make meaningful comparisons between lamps by comparing its PPF measurement. That being said, be aware that depending on the beam angle, this can affect eventual PPFD readings depending on the products.

Since PPFD is a measure of how much light falls on a surface, even a small, handheld light meter or spectrometer can measure the amount of PAR that falls on a surface. These are typically lower cost and even be connected to smartphones and used in the field.

PPF, on the other hand measures the amount of PAR that is emitted by a single light source, and in all directions. Therefore, slightly more sophisticated instruments are required. Typically a goniosphere or integrating sphere is needed. These devices capture the light emitted in all angles, and then measures the collective light emitted.

And just when I thought I was Beginning to under lights🙃

Yea seems like you need a minor in quantum physics to understand.
My take is to check the spectrum of light that cannabis needs and how much your light produces within that given range 400 nm to 700 nm.
That’s a good primer other options in lighting like UV and far red to better provide for coaxing more turbines at specific times during growth.
I use the water soak method until they pop and forms tails. Then I place them in Rock wool cubes and place in mini net pots because it has better penetration and promotes stretch. Once that are out and form those first two leaves I move to T5 grow lights and wait for roots to develop and move to them to final destination in 5 gallon hydroponic Aqua spas.