I use this light you can get it cheaper here 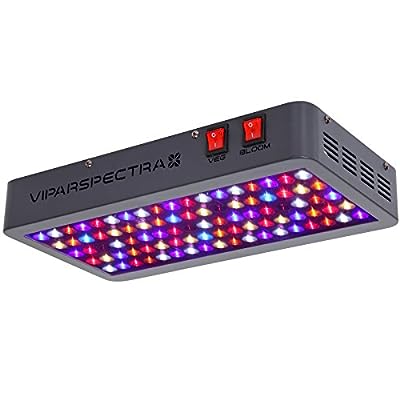 Welcome to the VIPARSPECTRA V450 LED Grow Light, with optimal full spectrum layout, reflector design and excellent heat dissipation system, is ideal for all kinds of indoor plants veg and bloom at all ...

Click here to see my grow with the light.
http://support.ilovegrowingmarijuana.com/t/my-1st-ilgm-journal-cruising-the-lowryder-warning-some-bondage-nugs/?source_topic_id=14042

The viparspectra lights seem to be really good at their price point. I think there are a lot of grows here you can see using them. If they had a downfall, I’d say it’s that they don’t hit the peaks in red spectrum.

I plan to get this for my next grow to use only during flower. 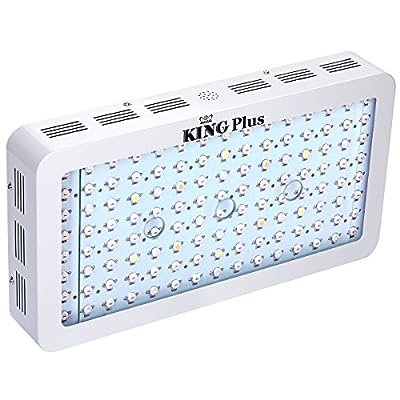 I paid that price.for the 600 watt version

nugs. what do you think about the “dimminable” type ?

nugs - also heard that voparspectra has a “high” white and in flower it’s a bit lacking re/blue - is this why you are going to purchase a King Plus for flower ??

Based on the info available for the 2, that setup should work really well.

King lacks blue, as for dimmable I’d just rather raise or lower the light. Also so far I have had 0 issues with the viparspectra it is doing an amazing job.

Here is a picture of the spectrum. Also the IR helps the plant absorb more red.

Just to be clear, both lights will grow weed. The best application for the two lights is as @Nugs plans to use them. He wants to provide an ample amount of blue light during the veg phase to create nice tight node spacing and short bushy growth. An abundance of red here would cause the plant to stretch a little more. Once he gets to the flowering stage, the idea is to provide more red to help with bud development and density.

If you’re looking for a light to run from start to finish, see if you can find one that hits the peaks on McCree curve in both red and blue. 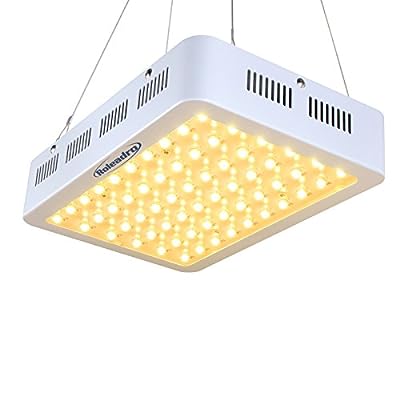 Brief Introduction Our factory made a lot of research and development, and finally created this 2nd generation full spectrum grow light. Improvements on spectrum which is similar to CREE CXB3070 3,000 ...

The best light currently is the Quantum Boards. I am growing with one right now and the plants are double in size compared to the plants under the Chinese lights. Picture available on request

I can’t post a link but you can find them here horticulturelightinggroup. com
I would recommend the 260 Watt QB kit for your grow size. You can pick which light spectrum to fit your needs

You won’t be disappointed in this light
@mcpd_refugee has this light too. check out his grow

If you do the Vipar light, you will eventually want 2 of them. Sure 1 is ok for a 3x3. But 2 will give you total coverage and reach every inch of your tent. I might be a little biased towards them as that is what I use.

I love the dimming options, not sure if it was worth the extra cash, but it is a very versatile light and has given me no problems yet. I picked it over other light because it is longer than other lights, giving more coverage to the edges…

Just found this. I’m not sure about the performance of these lights, but the provided spectral data looks pretty good. If you’re looking to go seed to harvest with the same light, this is what I’d look for in a low cost option. 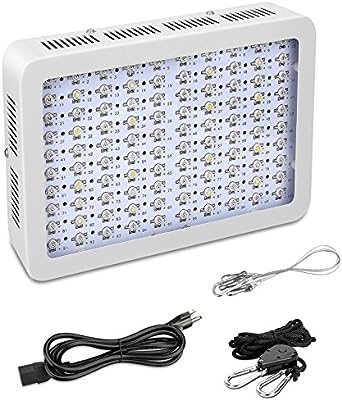 I’ve seen that light come up on here s couple of times. One thing that sticks out to me is the description lists it as 3000k in one spot and then 3500k in another. Since they don’t post a graph, you’re kinda left in limbo about what the light will do.

As a side note, galaxy hydro is listed as the seller. I ordered hygrozyme from them in April, it was never sent. My account was charged though. After numerous calls, emails and messages they never responded to, I’m out $57.

dbrn32 - guess one should get one each due to the flower lighting - but then one could spend close to 500.00 so might as well get Kind led’s ?

So… A member from here(@yoshi) suggested to buy this meizhi 450w for 2x2x5 (before I wanted to buy a Mars 300), and also told me that meizhi is good for flowering stage and Viparspectra is good for veg stage but both are very good light and both have 2 switch (bloom and veg). I hope you understand what I’m saying

dbrn32 the red spectrum looks is much better that the Viraspectura as were many say about the light heavy in the white but lacking in red. The price is very good if it preforms like stated, To be honest it has a spectrum something like Kind Led’s might give Meizhi a look have read a review about this light can’t remember the con’s about it - but all light have pro’s and con’s