I harvested some of my Ak47 Auto plant that had almost 100% cloudy trichomes ten days ago. It’s been drying since then. Just now harvested it and got it all trimmed. The smell has absolutely no real “weed” smell to it, but rather a really sweet and sour, citrusy, pine scent. The buds smelled like this through the whole grow but it’s way stronger now that they’ve been dried and trimmed. Is this normal? For my first grow the buds turned out fairly dense. I’ve got the buds in a mason jar with a hygrometer. It’s reading 42% humidity so I think they dried too long. I’ve got some 62% humidity packs on the way to put in the jar. Are sativa dominant strains known for having airy buds even at the top colas? 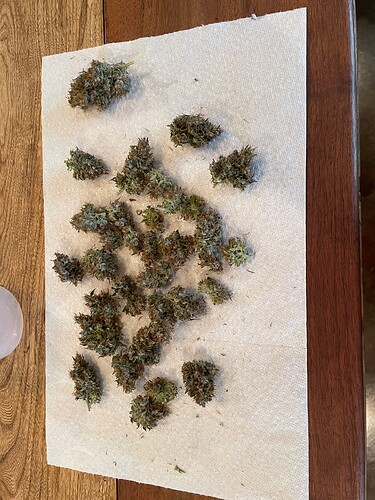 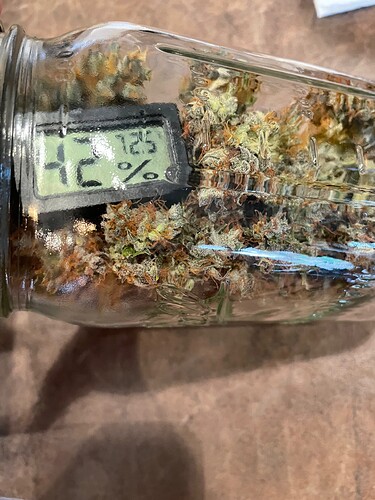 Its a good sign that you dried well and retained the terpenes. Good Job.
Exhale into the jar and cap it again. Do this a couple times a day until your packs arrive.
It will slowly raise the moisture.

Thanks. I’ve still got that rest of that plant to harvest and another one that is a few weeks behind the plant I’m dealing with now. I’ll do a few things different on the next one. 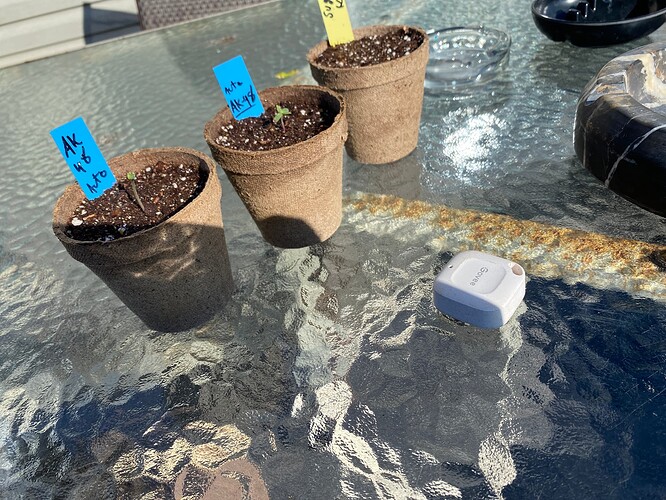