Howdy all, It’s your friendly neighborhood urban cannabis gardener again.
I’m back with a part 2 of my ‘Crackhead street junkie strain’ grow. Last time
I attempted to grow two of the same street seeds in different mixes of soil
compositions. One with Perlite and FFOF and the other a healthy mix of pumice
stones and FFOF. Sadly, both plants grew some balls. Both turned out to be male
so they got the chop. (this is the only hobby I know of that celebrates filicide).
After they got the snip like a priest at a circumcision I was feeling a little deflated.

Having wasted a month of my life on two ungrateful and overly masculine greenies,
I turned to my trusty ILGM pack and grabbed two Gorilla Glues. As they were progressing
nicely, I still had an itch to try and grow out some of those crackhead seeds I still had in
the back on my drawer. So with a swift thought (any longer and it would have been stolen)
I decided to try two more. I rummaged around and got two nursery pots to bring these
dime store champs to life. After 6 seeds failed, two finally grew a belly button. So into
the dirt they went and here we are 10 days later.

If you recall, the last two seedlings had very bad leaf scaring and marks. Light spots and
something that looked like a road and river system on a brail map made up it’s character.
Even though the genetics might be crap, I’m still curious to know what kind of plants these
were. The bud was decent, not bad tasting, the buzz was fantastic so I was happy to have
a dozen or so seeds from the score. So here we are again and the story hasn’t changed at
all. The genetics are pure garbage. Light and dark spots on the leaves, the leaves look dry
and course but are soft to the touch. I’m sure there isn’t anything wrong with the plants but
you can tell they weren’t born from quality stock. Anyways, onto the the freak show. 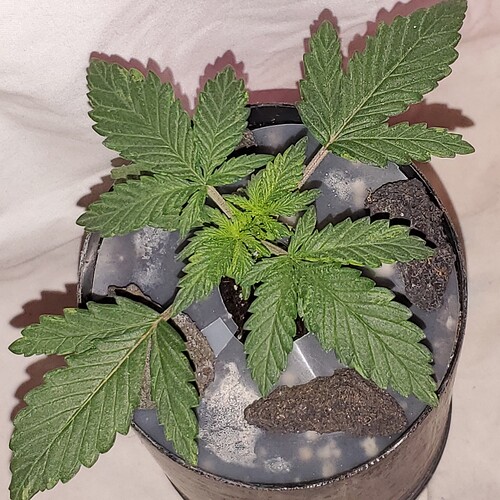 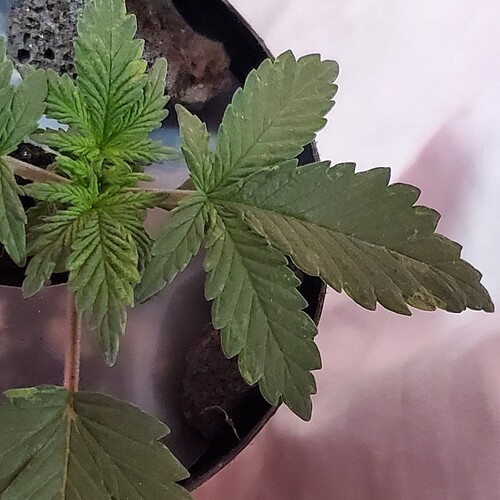 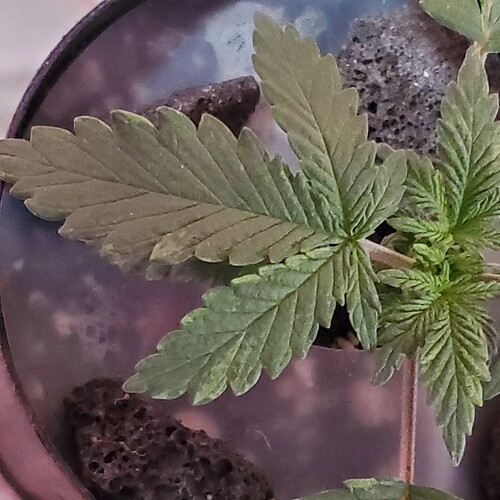 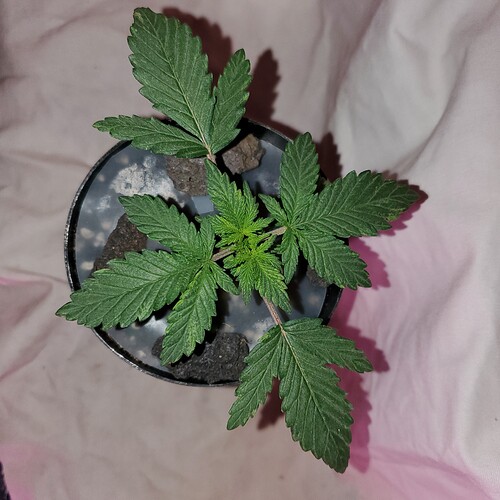 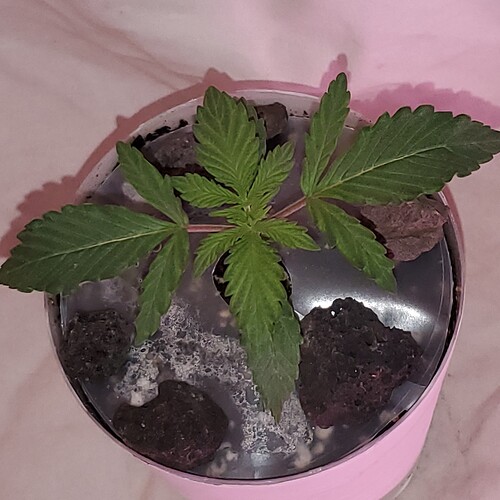 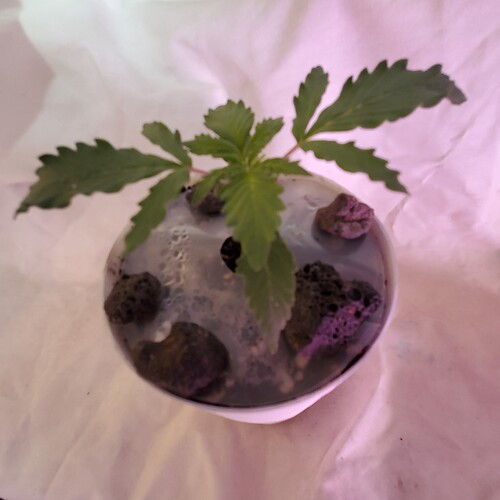 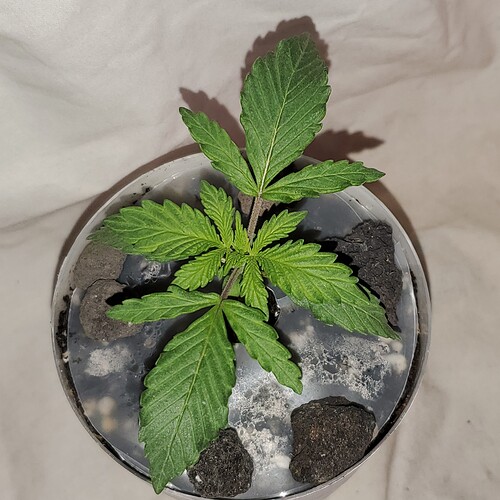 I’m really not sure what I’m going to do with these yet. I might put them in bigger pots OR
I might just leave them in these 10-12oz cups to grow a novelty mini bud bush. That’s if they
don’t end up more manly than I am again by growing pollen sacks. If you have any novel
suggestions I’m open suggestion. At this point these two plants are just a bonus next to
my two beautiful ILGM GG’s

Have you looked for critters? You need a strong loupe or scope. Kinda’ look like thrips damage but I’m not an expert although I did have them on my last grow.

Have you looked for critters?

I definitely have zero critters. These seeds are very old, bad genetics or just abused until
now. The last two plants were actually slightly worse than this. I had them in the same tent as
my two ILGM Gorilla glues and both those plants are gorgeous, green, growing and great.
(Ran out of ‘G’ words that I could use)
Not a spec of issues with them at all. Whatever the problem is, it’s growing from seed
with these deformities. Here are some photos of last two I grew from the same seed bunch. 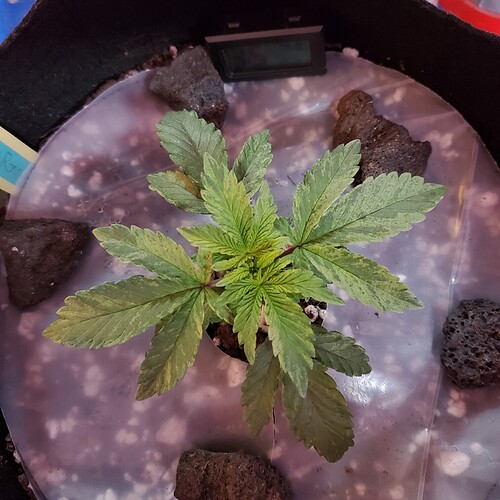 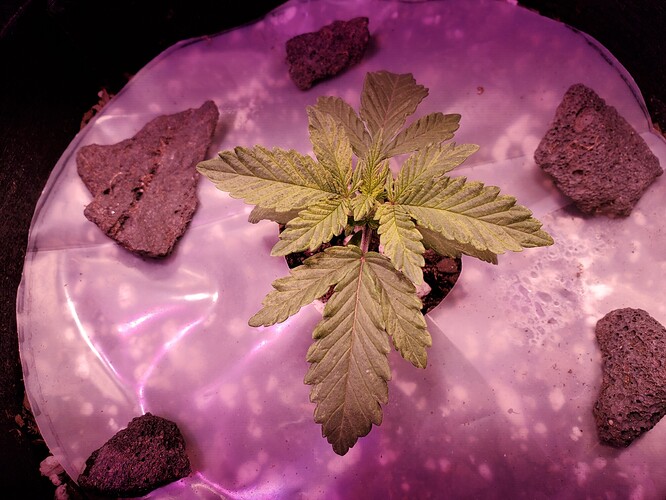 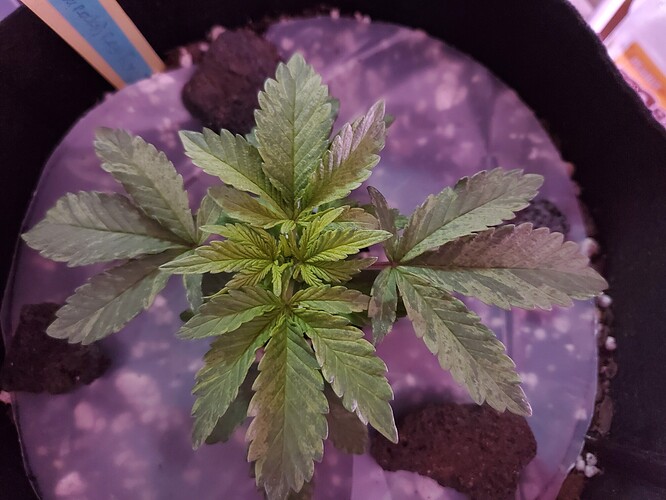 I think it’s just a case of crappy genes.

I gave it a long think and pondered my current situation. I have two ILGM Gorilla Glues about
to flip to bloom and I have these two bastard plants with very questionable genetics.
What to do, what to do.

Well, I figured it out. I’m going to split these two plants once they reach the 4th or 5th node
and I’ll remove them from the tent as my other two beauties go on flowering. It will give me
something to toil with while leaving the other two undisturbed and in complete darkness.

Regardless of what I plan to do, it’s up to these two short bus plants what THEY are willing
to do. Last two drool cup. window licking Einstein plants grew an impressive set of balls.
Luckily, they didn’t pop before they got circumcised and yoinked out of their pots.

However, they still have some really backwoods, inbred, grandad and brother are the same
person type genes. have a look see. 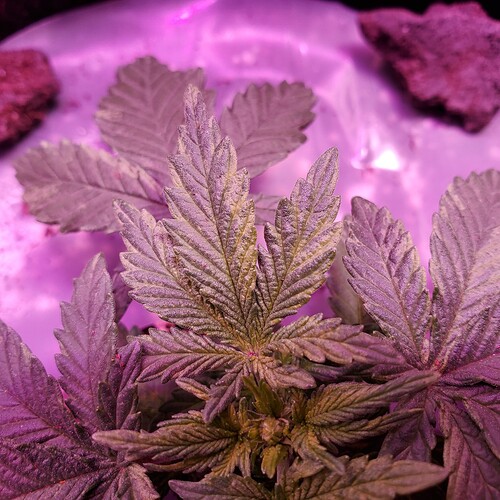 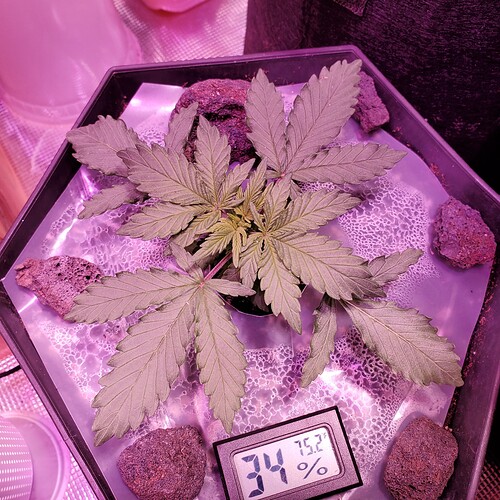 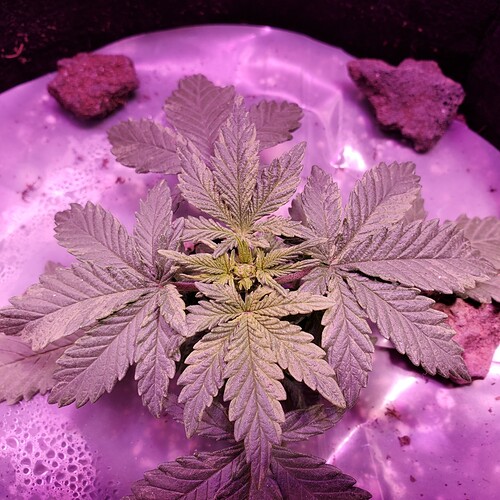 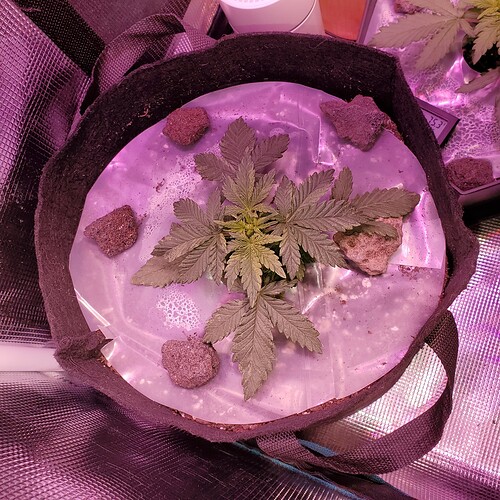 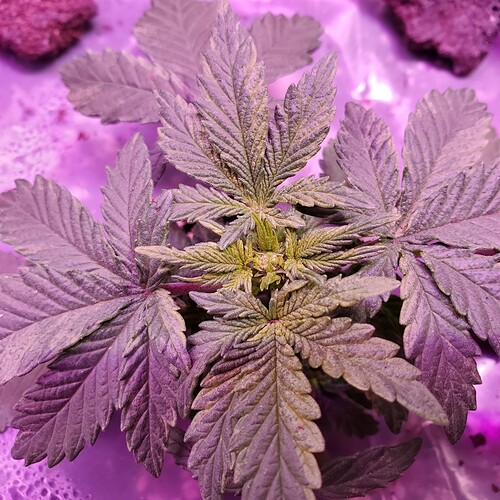 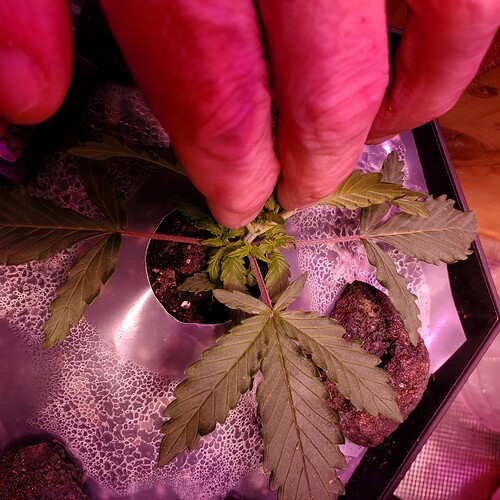 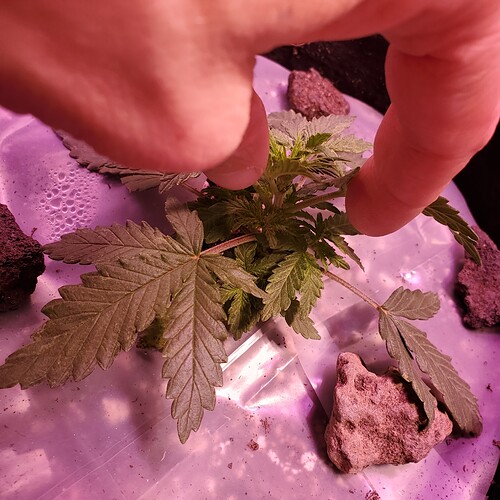 Well, this is ANOTHER kick in the pollen sacks because this is the SECOND time BOTH
unknown ghetto junkie seeds turned out to be male.

I just can’t win with this bunch of seeds. I still have about a dozen or so but I’m tired of getting
smashed in the nads each time I try to grow these out to see exactly what they are.

I’ve got 4 seeds in the water now for a 3rd attempt. At least 1 of these HAS to turn out to be
female right? So far I’m 0 for 4 on getting a female seed. If I can’t get one from this bunch
I’ll be 0 for 8. What are the F’ing chances of that happening? I don’t have any spare space in
my tiny apartment to let these grow out without them infecting my 2 ILGM Gorilla Glues which
will be flipped to bloom by weeks end. Actually, I’ll do it tonight due to no longer needing light
for these two bastards, now resting in my trashcan.

This time I have some GA-3 plant hormone in the water to germinate these seeds.

Photos below of my plants comparing their sacks. 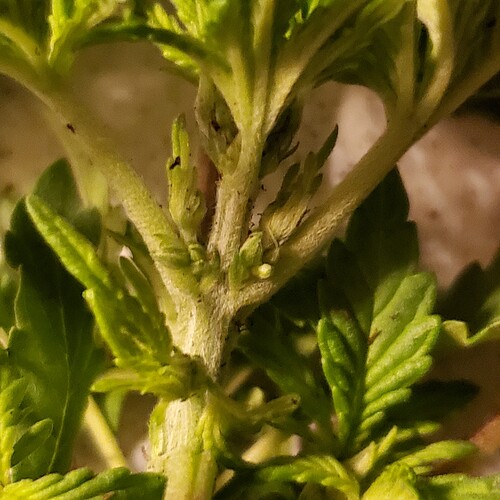 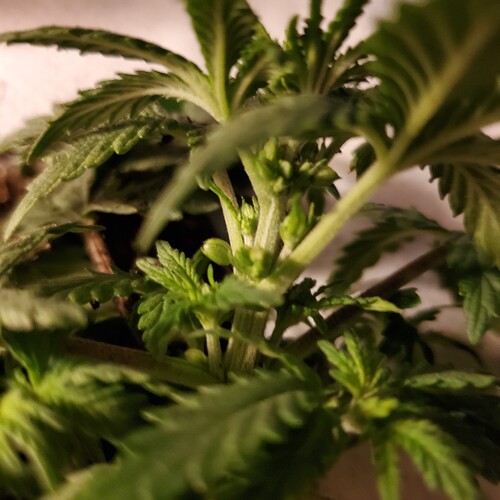