Two weeks later, how they doin'? 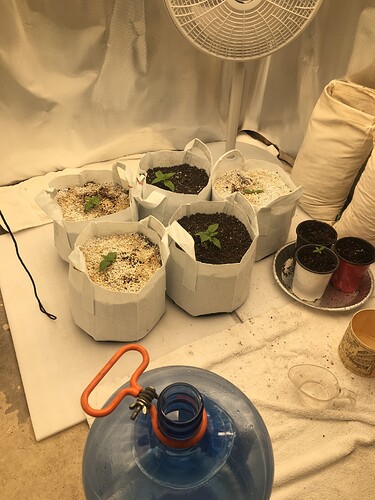 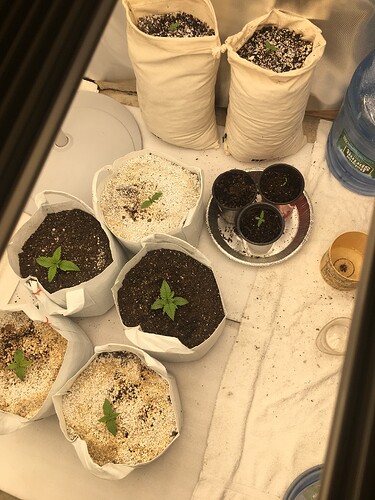 Of the centered five, three are Robert’s White Widow. The two with the red Baggie twists are from seeds that “accidentally” formed from two cuttings my son-in-law gave me. I grew them in the backyard last summer. One was Runtz & the other Oreo Cookies. I had thought I yanked the male out before any of those pollen buds formed, let alone opened, but…who the hell gives somebody a male clone ?

The two in the sacks against the wall & the three in the pie tin are a week old…in the red planter is an heirloom tomato plant.

All look healthy and happy 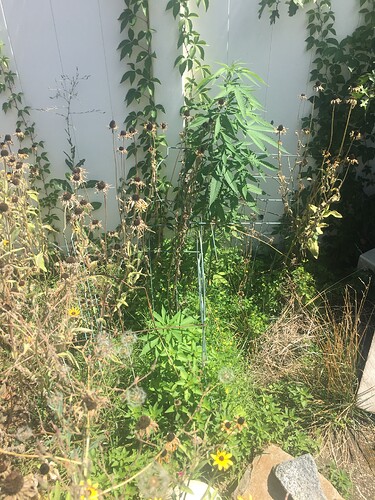 These were my summer backyard crop. Runtz & Oreoz. Tried to camouflage them as much as possible in the “wildflower section” in the corner.

The taller one is the male. The reason the other is much shorter is that its top was chewed off by the grandkids’ puppy soon after I transplanted them.

Did did a pretty good job hiding them.

How far away are the closest prying eyes going to be?

chewed off by the grandkids’ puppy

How far away are the closest prying eyes going to be?

It’s legal in NY this year, but my neighbors aren’t really busybodies. Gonna mix a few in with the tomatoes & peppers this summer. Maybe some auto’s ? Funny, I grew one in that spot @ 40 years ago when there was a shed there. The only problem I had was, when we had work done on the house, one guy would relieve himself behind it & decided to help himself to a nice branch when it flowered.

Looking good. Here’s my new OG kush at 8 days today for a comparison. 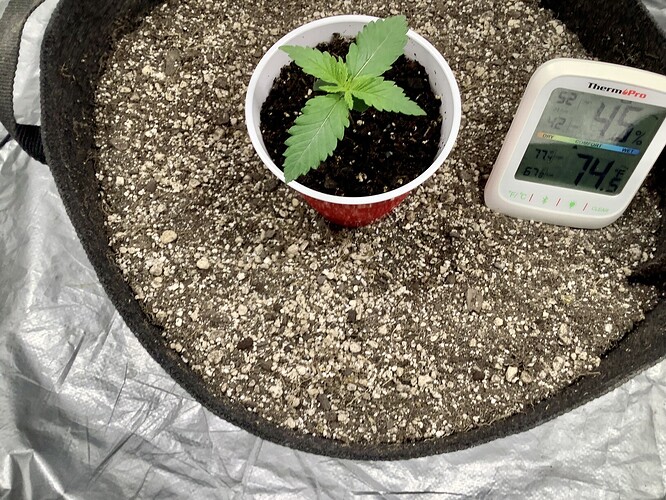 Lookin’ good yourself ! Yeah, mine were a bit slow at first. Someone mentioned in another thread that the soil I was using was too “hot” for seedlings, so I layered the top of that soil with peat moss & perlite, & I was a little shy about watering them for fear of burning the root. Once I started watering more regularly, they seem to have taken off.