Trichomes on leaves vs. flowers

Does anyone know if the trichomes on the small leaves by the flowers are maturing (clear -> milky -> amber) at the same rate at the trichomes on the flowers themselves? It is way easier for me to clip off a bit of a small leaf and bring it indoors to magnify and examine than it is to clip off a bit of a flower. The reason I am clipping off anything like that is that it is too hard for me to bend over outdoors and hold my magnifier still enough to get a good look that way, but really easy to lay a small piece of a leaf on the table indoors and examine it that way
Thanks in advance.

But you can process the leaves after harvest

Going by sugar leaves is not accurate way to tell if bud is ready. Leaves mature a week or so before the bud itself. Always go by the colors on the buds.

Thank you both! That’s exactly what I needed to know. Enjoy!

Think of it this way, you don’t smoke the leaves just the flowers. Why look at the leaves to see if your flowers are ready…

Times of only weed leaves with trichromes are better than times with no weed at all. (Apologies to Fabulous Furry Freak Bros.)
But very true. The flowers are what to watch.

Wow that takes me back! " the Furry Freak Brothers" from the (very) old Mr. Naural magizine. Damn I still have some brain cell’s left to remember them. Their saying was, I believe, "ITS BETTER TO HAVE DOPE IN TIMES OF NO MONEY THAN IT IS TO HAVE MONEY IN TIMES OF NO DOPE.

Thanks all. Jeez, a Loupe is a great idea–why didn’t I think of that? I actually have them at work, although I’ll have to check the magnification on them. But what a good idea. THANK YOU.

The only reason I was only looking at the leaves to see if the flowers are ready is because outdoors I can’t hold my magnifier and the plant still enough at the same time, while squatting down or bending over, to look at the flowers clearly (a loupe will solve that problem I suspect). So I decided to chop off a sugar leaf and bring it indoors to lay it still, flat on the table, then stabilize my arm by putting my elbow on the table, then I could look at the trichomes on the leaf better with my magnifier. Ultimately, the reason I was doing it like that was that I just didn’t want to chop off part of a flower and waste it that way–such a cheap SOB i am! So if the leaf indicated accurately what was going on with the flower, which I now understand it does not, then I would just keep chopping off a piece of a leaf every day or two to monitor progression of the trichomes. But I understand now that looking at the trichomes on a leaf won’t indicate what’s going on with the flower, so I will continue to do my best to look at the trichomes on the flower. The loupe idea is great one. I’ve got about 30% of the pistils turning brownish/reddish now, so I still have a little while to go. I was just trying to find a system ahead of time that works for looking at the trichomes, and I think the loupe is a great idea. Thanks everyone for the advice/information.

This is my first grow—and I’m having a ton of fun nursing these little babies along I must say!

I have the same problem using an x60 handheld and I’ve tried many times to get a clear picture. My solution is to clip a tiny bit of bud from top-middle-bottom of each plant and examine on a stable table in the closing weeks of flowering for each strain.

Keep up the good work and good luck.

@DrU, you can buy magnifying attachments for your cellphone camera. That way you don’t have to bend over and you can see it big screen on your phone. 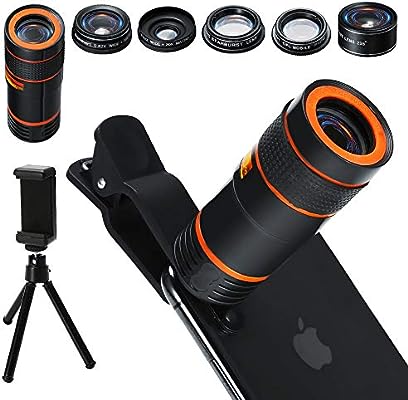 Product Description Our Smart phone camera 6-in-1 lens kits enhance camera capacity and create marvelous pictures. It's easy to put in the pocket and go out for fun! No pass it. Material  -Lens: Multi ...

Digital Portable Android USB… https://www.amazon.com/dp/B01IEFGC5E?ref=yo_pop_ma_swf
This is what I use

Thanks, great idea. I ordered the $23.99 item which will arrive in 2 days. If that’s not enough magnification for me then I’ll get the other one. A worthwhile investment given the effort I’ve put in to the growing season so far. Actually, it’s truly a labor of love. I’ll post pictures at that point and hopefully get some input from you all about the quality of the pics and how helpful they are for diagnosing when to harvest!

So true. Been living with that saying since the beginning of my journey in the sixties.

This works so well. Has a light and you can look with your glasses on.( if your vision is bad like mine)

Hello all, a long explanation follows, but the question is: can you tell if these flowers look ready to harvest? Here’s the long explanation… I got my 20x macro lens for my iPhone today, and attached are a couple of pictures–the best I can do with this. When I zoom in, I can’t really tell whether I am ready to harvest or not. Some trichomes seem clear, some seem milky, and a few look amber. But the pictures seem to be of limited value. I might need something higher resolution. In any case, a lot of the pistils are brown and curled. But I’m new at this: This is my first grow ever. Outdoors in northern California. It seems to me that we are a little early in the season to harvest, because we haven’t even gotten to 12 hours of dark yet. But maybe not all plants are textbook. Here’s some more background to fill out the picture: This strain is “4G” which DarkHeart Nurseries says is a cross between: “Gelato #45 x Gorilla Glue #4 x Girl Scout Cookies”. Indica dominant. These plants started as clones, and I moved them outdoors on June 1 when they were about 6" tall. Two weeks later I transplanted them on June 14 to 5-gallon buckets with plenty of drain holes and left them in the sun and watered once or twice a week, with Miracle Grow regular (high in Nitrogen) during the vegetative stage until flowering started, then switched to Miracle Grow for tomatoes (lower in Nitrogen, higher in Phosphorous and Potassium) after I realized I was seeing flowers. So they’ve been growing outdoors now for a little over 10 weeks. Unfortunately I did not really notice when they started flowering since this is my first time watching marijuana grow, but in retrospect I would say the very early stages of flowering started 4 weeks ago when the plants had been growing outdoors for about 6 weeks. I realize that is a vague description. Can you make anything out of these photos? Also, in case you think it’s time to harvest, do you think I can wait 3 or 4 more days, or do things go bad very quickly at this stage of the game? I have an experienced friend coming over to look at the plants but he won’t be here until Saturday. I’d love to get his opinion before harvesting, but if you think based on these photos that it’s obvious to you that the harvest should happen now or else it’s going to be too late, then I won’t wait. I really appreciate your input and hopefully more experienced eyes than mine can assess these photos even though they are a little unclear. Thank you in advance for your opinions. I can take more photos tomorrow mid-day when it is more sunny if that helps.