2 days ago one of the plants started to yellow noticeably at the tip and along the edges.
I thought it might be too much fertiliser as I had read that Blue Dream likes it…so, I didnt ‘add’ extra fertiliser…I just tended to fertilise with each watering.
I flushed with PH’d water. The water in was 300 PPM in and about 1,100 or 1,200 out.
I then watered with just Tiger Bloom.

I was told it may be a Potassium deficiency but I dont have any Potassium stuff. Someone mentioned that Tiger Bloom would be good so that is why I watered it after the flush with Tiger Bloom.

Now, 2-3 days later…it has only gotten worse on the original plant…and is now spreading to the 2nd plant in the pot:

Hard to tell but it looks like it started at the top and working its way down which indicates Immobile nutrients… however, those are usually pretty rare. Matching the chart looks like Potassium but it could be due to lockout. I would always check soil ph before chasing deficiencies. 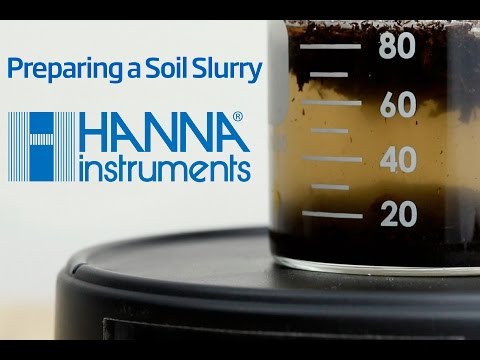 Lets start with the water. Straight water is 300 ppms? Must be tap Im guessing? If so, the buildup of whatever is in ur tap could be causing the 1100-1200 ppm runoff. Nothing in tap is NPK heavy, so thats more then like 1100 ppms of unusable solids in ur soil. U may want to flush with water closer to 0 ppms to effectively drop ur soil’s supplements.

As u stated it started with yellowing tips. The scream N toxicity. Which led to the flush.

Now a proper flush strips a ton of nutrients from the soil. Two spots on ur plant show a recent deficiency, which Im guessing was caused by the flushing of what they required out.

image1284×2778 181 KB
Yellowing boxes inside the ‘veins’ of ur leaves is a magnesium deficiency. The boxes slowly spread over a leaf, then jump around the plant sapping what she requires. Calmag or epsom salt supplement, easy fix.

image1284×2778 118 KB
This looks even more recent. Kinda resembles N toxicity except the ‘burnt’ area is more pronounced and looks ‘rusty’. That looks to be a K (potassium) deficiency. As plants go into flower they require less N and more PK.

Ur plant is literally showing too much N not enough K.

So a Big Bloom, Tiger Bloom heavy feed with calmag mixed in maybe what the doc ordered. MAYBE.

As @Caligurl said, its impossible to know for sure without more numbers. But again. If ur tap is 300+ ppms, that explains a bit about why ur runoffs are so high but the plant looks hungry.

It will continue to get worse after a flush if you did not add, or feed what nutes you are missing. Tiger bloom or any kinda a flower booster will have the phosphorus you need, and cal mag. Or you can add strait epsom salt for magnesium, 1/4 tablespoon per gallon I think ? Will double check? It’s ok week 8 your pass the half point almost there, good luck

That covers it all

U may want to flush with water closer to 0 ppms to effectively drop ur soil’s supplements.

Found Purified water in gallon jug at Dollar store. One dollar a gallon tested at 6.5 ph and 3 ppm. Something like that could help, my tap water runs around 300 ppm and like 7.2 . It help me go from this

Can’t find new pic, been checking tricomes mostly lately, but most dis coloring gone now back to a normal shade of green

Thank you all for your responses:

update:
I checked the soil ph and it is about 6.3
I flushed with water again and got the ppm down to 500 (300 in from my tap water and 500 out after a thorough flushing)
I then fed it/watered it with the recommended amount of FoxFarm Grow Big, Tiger Bloom, Cal-Magic, and epsom salt.

That is all I am able to do for now. I will wait and see. The yellowing is continuing…although one might wonder why two plants in the same container aren’t sharing the same problem.
Here are this morning’s pics:

Did u ever figure that out in having this same problem

So when you mix your nute mixture, mix for 1 plant of two ? Just curious?

Wow, Kingkupa…that MUST be it! I never thought of that…I had read that Blue Dream likes nutes…but I’ve been watering/fertilizer for one (1) plant without thinking. The problem is that it is grossly underfed!
Wow. Thank you!!!
I’m gonna give her a double shot at next watering…

Its a shot in the dark idk for sure. But yes I would wait tell next water, let them dry out a bit, maybe feed what you feed, plus 1/2 more and start from there ? Good luck