Ok , firstly if this is in the wrong place im sorry, secondly if you are reading this thank you!

So i got this light from my wife about a 8 months ago i first used it as supplemental for flowering on my last grow and by the end of flowering my leaves were legit torched, but i didnt think much of it never got to bud sites so ohh well , onto the next grow and it severely started melting my plant right away, i grow in hydro so i thought its probably EC issue possibly nute burn (knowing that light burn is essentially nute burn) but the plant was burning up from tips at first then i started to notice black burn holes throughout leaves entirely…after cleaning out res and mixing up multiple batches of nutes to get PPM/PH all in range there was zero change…so thats when i swapped out the light and instantly plant recovered and is doing beautifully now. big question is why? …why does this $400 light suck so bad? below i will drop a few photos so you can see what im talkin about. again thank you for any help understanding the issue here. (I had light 27 inches above canopy, set to only 20%)

I’m not so sure this is due to the light

how do you have it set? Below is what I’m thinking is off calcium is first on my list

what n how are you feeding?

Manganese deficiency isn’t too common. However, this micronutrient is a key element for vigorous plant growth. Photosynthesis and nitrogen metabolism are two of manganese’s main uses. It also utilizes iron for the production of chlorophyll, meaning high iron levels can cause lock out. 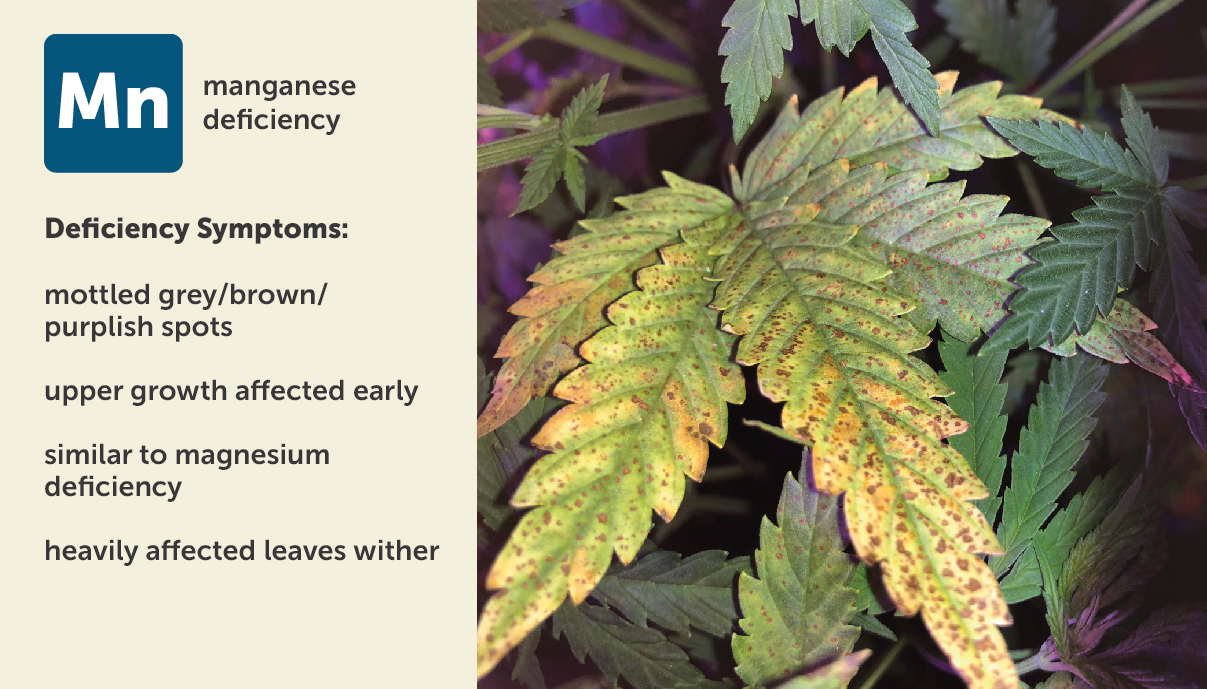 Phosphorous plays a big role in a cannabis plant’s ability to photosynthesise and reproduce. As a macronutrient, it is needed in large quantities during flower for the production of resin. Deficiencies in phosphorous are not too common as it is usually abundant in feeding solutions and grow mediums, however lock outs from pH imbalances can still happen. 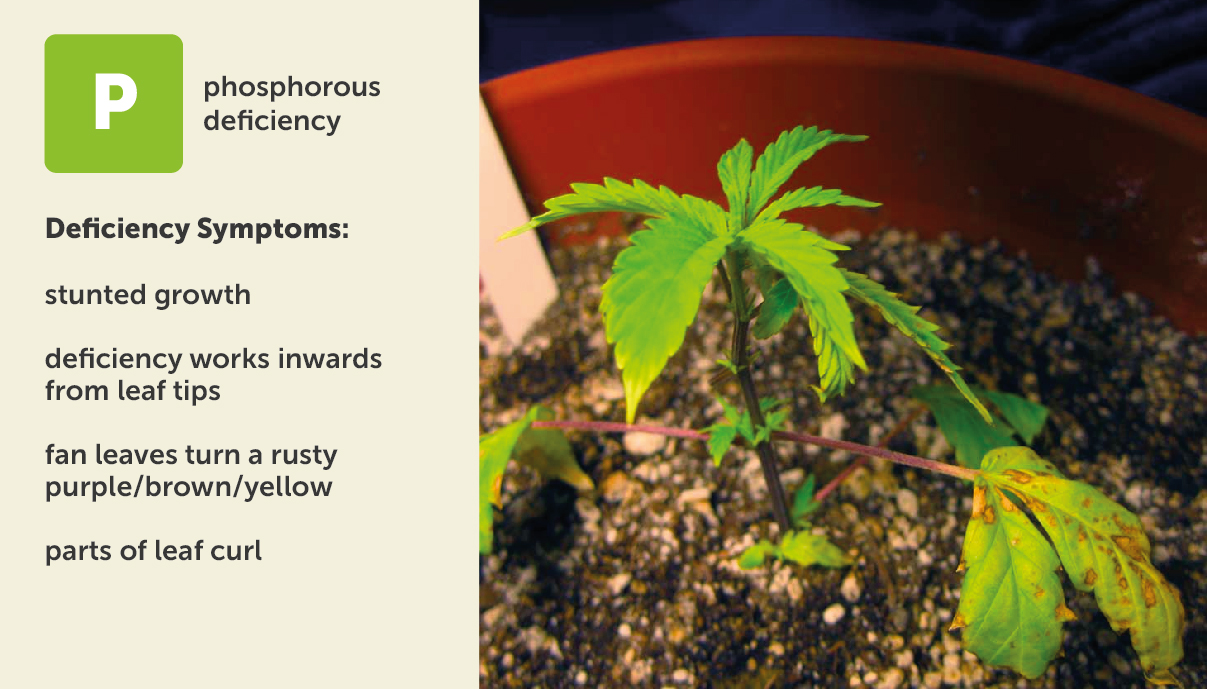 Tip : Phosphorous can become locked out with low temperatures and overwatering. Maintain grow medium above 15°C

Cannabis plants need calcium for cell development and strength. Calcium deficiency is less of an issue in soil grows because pH levels are higher than they are in hydroponics. Shortages usually occur because of cold, wet conditions when the soil or grow medium is too acidic. Results in lack of transpiration and other nutrient problems. 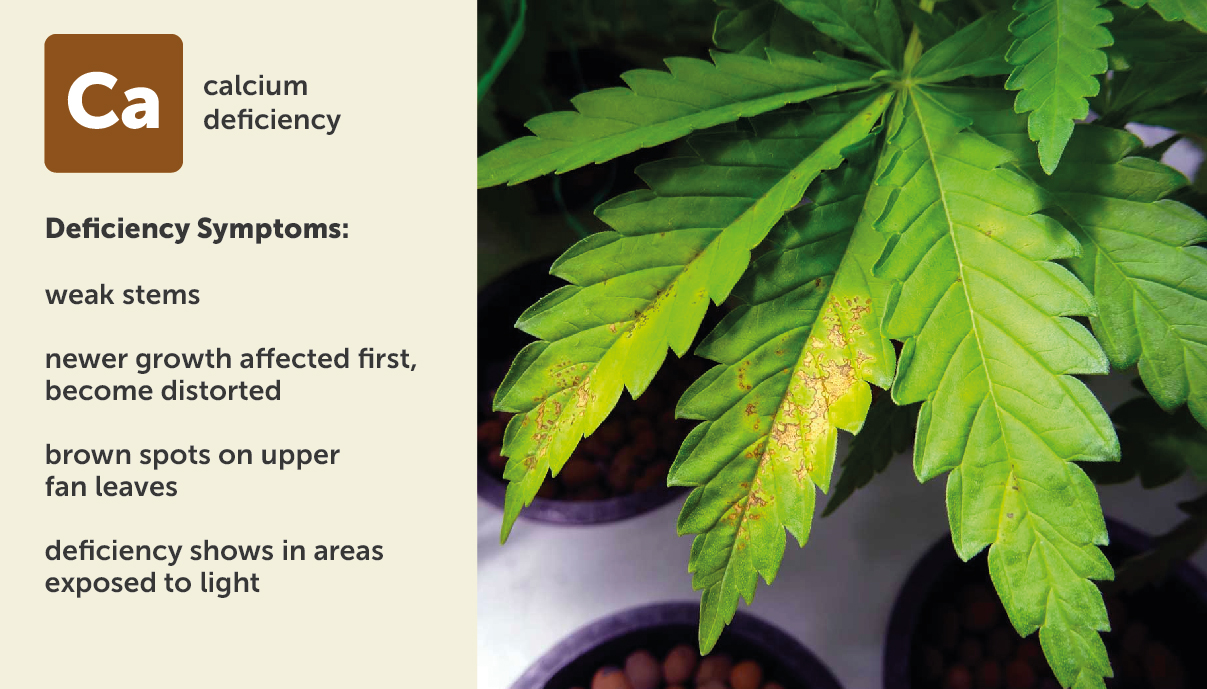 im feeding GH flora Duo with calmag,rapid start, diamond nectar, floralicious plus, florablend, armor si and hydroguard in a RDWCsetup with a water chiller. i havent changed the way i feed in over 4 grows never had issue …but i changed nothing in measurment or feed but as soon as i changed light boom! plant recovered here it is just a week later

by the way thank you @Tezza2 and @MeEasy for jumpin in appreciate it!

honestly it really does look a lot like deficiency. that was seriously my first thought and the first approach i took to fixing things but nothing changed the plant kept getting worse new leaves and growth was spotting just as fast as it could develop the only thing that made a difference was the light swap

Light is food for a plant and it will eat n drink more when it gets more light… as for not changing from before plants are going to be different from each other I’ve grown the same strain right next to each feeding and watering them exactly the same and one will be hungry and the other burnt. That’s what I mean when I say you can’t grow by numbers it won’t work the exact numbers can be a good starting point but it can’t be a constant

good info i agree on all counts, from different strains to different seeds …im probably overthinking it…what has me leaning toward light is these stupid A and B bars but it doesnt tell me which bars are which maybe i put 2 A bars next to each other i dunno its the wild UVa and UVb spectrum …for all i know someone in china mixed up a LED diode

ohh yah i believe a lot of these “big name” LEDs are probably from the same manufacturer in china and they just get rebranded and pushed by youtoobers that are sponsored…i believe that in a LED puppy mill mistakes happen and i really believe i got some faulty diodes that are killin my plants…i could be wrong maybe it is deficiency but if i follow my journal this is where im at …i was doing just fine …got the light…started using the light…and things went downhill fast …i stopped using the light and things are brighter!, now i do know there are different bars to this light A and B bars but no indication which are which maybe i got 4 of the same…maybe UVa and UVb diodes got swapped during manufacture i dont know …but i really believe what i was looking at was deficiency it wasnt until i adressed all those issues and dialed in tight that i had no other course of action that to swap lights …just from process of elimination alone. and for some reason that made all the difference, coincidence…very possible lol

Just an FYI.
Good LED’s make plants cal mag hogs.
Which is what I’m seeing in your pics. FWIW.

ohhhh man you just dropped my jaw!!!
WOW! that makes a lot of sense!!!..i did not know that about LED…im still real pink when it comes to indoor cultivating but if thats the case that makes me rethink a lot of things…i always dial back on secondary macro nutes…like …calcium and magnesium because the GH flora duo i use is usually running higher but who knows what that means for the dropout if light is utilizing more calcium and magnesium …holy crap i think you may have just cracked this wide open!

And a fine good Morning to you @kellydans

the GH flora duo i use

Would that be the flora Nova gro and bloom ?

Good morning be reading along and 100 % agree with above. When you upgraded your light, your plant just started feeding more, better light more photosynthesis plant needs more, Ine of the many reasons this site is awesome, best of luck

The differences may be small but it’s about bin quality and which bin the LEDs come from, the manufacturers determine to use which LED chip from top bin or the bottom bin to put on their board. Price reflects that.

I increased my epsom salt to 1.5g per gallon. @nodurxshn you can feed epsom on top of your standard nutrients.

ok this is the information i needed …amping up the juice lets see what happens, thank you all i will report back