Some questions about what's the next step for my grow? Switch to flower?

@MagicCultivator420 yeah, I’m trying to stock up over the summer grow. Just got 2 oz off a Bruce Banner auto, and have 2 more autos outside in flower now, plus 2 photos nearly done in the tent…along with 10 little ones in there for a fast flip, and 2 more photos outside. I will need to take some clones mid August I think, then they might make it to early October under the T5. That’s when I’m hoping the tent is freed up.

If you grow photos and run them on 12/12 from start to finish, it will give you 4 grows a year with 2+ oz per plant. MattyBear does that with very successful grows each time.

So no veg time? Back in the late 80’s, we were trying for 70 day harvests…from the time you got a little 4" clone to chop day. We’d flip the cycle at about 3 weeks stage, then 7 weeks of flower. Was a lot of work, I’d have up to 30 plants in a 6’x7’ room under 1000w metal halide.
Now Canada is legal to grow 4 plants. Ideally that’s what I’d like to cycle thru, just my 4, so I’d like to a bit bigger, which means longer, which means 3x/year. I’m too old to treat this like a 2nd job now!
I’ll check out @MattyBear 's grow to she how much effort it is to do 4 harvests per year. If the wife let me get a 3x3 as well, I could definitely see 4, maybe 5 harvests a year! Would just mean 4 in flower, 4 in veg, and half a dozen clones under T5. More than legal, but not enough up here for the cops to bother charging you, they’d just be dicks and confiscate your plants and equipment! They only seem to charge folks with commercial grows, not the personal growers.

Come tag along! I try to update at least once a week

Thanks @MattyBear I’ve started reading your Quantum Board Grow Room postings…but it’s over 5k posts and 6 hours reading!
You have 2 tents, right? I’m about 300 posts in, got to the part where you are a Scotch guy! My father-in-law was Scottish, got me to switch from drinking rye (Canadian whiskey) to Scotch. I love a good single-malt! I’m retiring August 19th, and I have 2 21yr old scotches, a Glengoyne and an Aberfeldy, one of those at least will get opened!
If I got a 3x3 to go along with my 4x4 and my seedling/cloning dome, I’m sure I could pull at least 4 harvests a year too, maybe even 5. I daren’t ask the Boss if I can buy another tent, tho. She will let me upgrade my light, so once I do that, maybe in January I can suggest putting the old light in another tent! She told me I had to stay legal (4 plants) when I started, but this summer I did have 21 total, 18 outside! Now I’m down to 4 outside, 12 in the tent. I harvested a Bruce Banner auto and gave 4 clones to the neighbour behind me.

Skip to the past year. That’s when I started doing 12/12 from seed 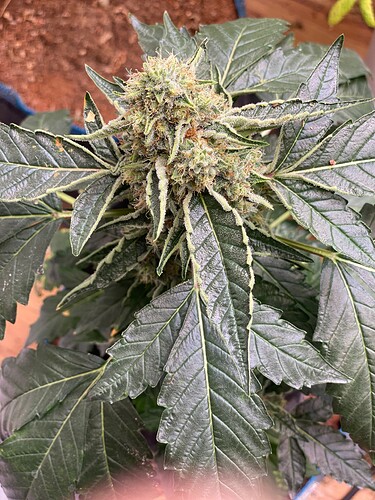 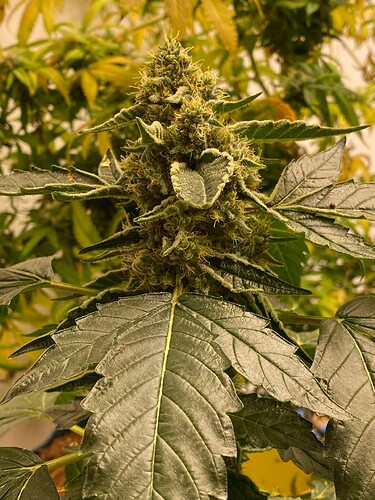 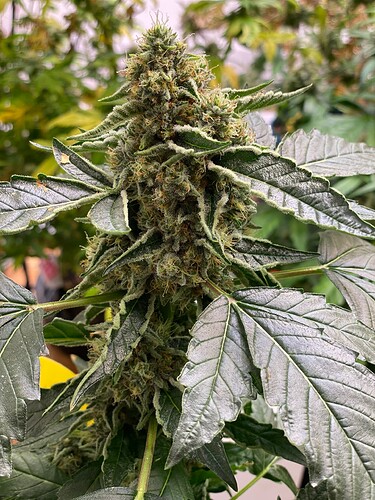 I love 12/12 for strains I just want to try first - a solid 2+ ounces on a “set it and forget it” grow. I think in hydro it could be even more than that, space permitting.

Those are some sweet tight looking buds.

Have you had bugs on that one?

I think in hydro it could be even more than that, space permitting.

I had planned on doing that on my next grow because I’m gonna run a regular WW and you can identify the sex quicker.
I’m also gonna run a GG.
So, the dilemma is, my wife wants lots of WW.
The WW grows slower than the GG.
I may have to do an 7-8 week veg to get what I want out of the WW.
I think it’s gonna be an interesting grow. We’re shooting to get started the middle of next month, but lots going on. We’ll see.