Some leaves look slightly wrinkly and serrated edges turned up

Yes, buying seeds and entering them into inventory is seemingly how they want it to work, but to do that the seeds have to be sold in Biotrack which is a buttload of electronic paperwork shit for both the shop and me; they have to come Out of their inventory and Into mine, and just like transporting samples of bud for testing I bet they even require the transport manifest paperwork even though the actual info it would be recording is just plain “seed is in shop license# blablabla at blablabla address, transported to license# blablabla at same address, driven home to licensee address blablabla”. All for a seed sale, a transaction probably under 100$ since low seed count/cloning good phenos is surely the way any business is gonna work…

So I’m not sure how many of the shops sell seeds that way, via Biotrack etc. Seems like a LOT of hassle and man-hours for small transactions. One shop I asked thought that another shop did do it, but I haven’t followed up on that since I’ve got enough in the system to go for a while plus all the other crap I need to fix lol

I think when it comes to just selling seeds to anyone it’s different since anyone can grow for personal use.
But how the state deals with tracking those seeds I’m not sure, might be confusing gray area cuz I think any licensee including shops has to have any seeds in their inventory in Biotrack… yet I think it’s legal to sell them to anyone, who obv wouldn’t be a Biotrack transfer O.o
So idk haha

But yeah for me to get them into inventory, they’d have to be either bought and traced in Biotrack,
A product of one of my plants,
Or part of my initial inventory that I had those windows to add stuff to.
I’ll have to check but when they opened it a second time for me to add the stuff I had from ILGM and the photoperiod ones you gave me, I might have given myself one extra “strain slot” for a future strain because I wasn’t sure(still aren’t) about how to get more strains legitimately in their system.
I hope I did lol
Last time I was on the phone with the CCD guy that opened the window for me, I did ask how I was supposed to get new strains in the future.
He had no freaken idea and said he’d ask someone else and email me.

@dbrn32 I went the DIY cheap route for a flood table

Just a piece of OSB, some scrap 1x2 and 1/2 inch sticks, leftover greenhouse plastic, scrap drip tubing to round the bottom corners, and cinderblocks to raise it over a drain bucket.
Tested it out dumping some water on it, works great.
So dang psyched to not be crawling on the ground to access individual drip trays anymore haha! 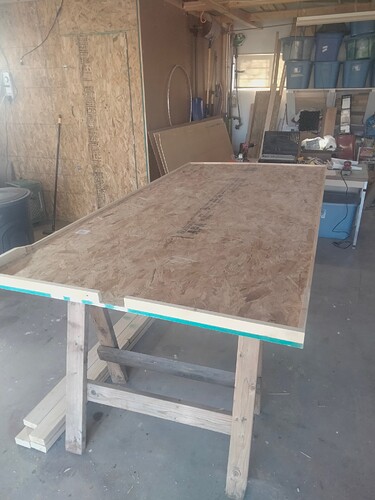 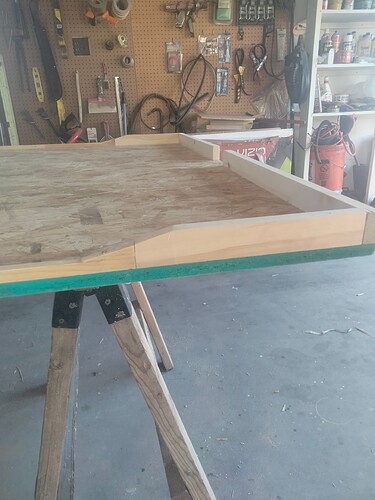 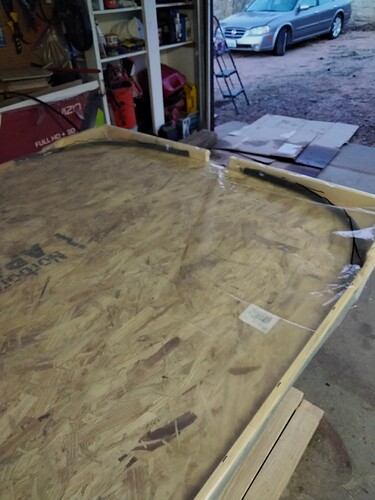 Also put up a second 16" fan, def needed to increase airflow.
Bigger intake and exhaust fans on the way as well, they’ll work for this run and the next but will need to figure something else out by next winter.
But I’ll deal with that later, probably after keeping them warm by laying on them in December 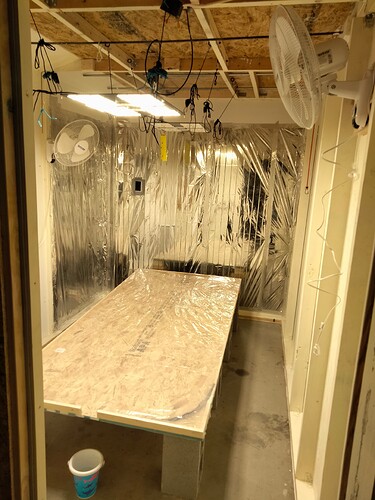 I think for long term use may want to plan on sealing the osb. If your plastic gets a tear in it won’t take long for water to soak in and open several opportunities for bad juju.

Aaaaah, yes definitely true… I did think about the possibility since it would mold and such,.
The plastic is pretty damn tough, it’s marine vinyl I just call it greenhouse plastic cuz I used it on my greenhouse ha,(it doesn’t even puncture when a damn stray cat scratches it), and I went insane with sanding all the wood just Incase,
But yup you’re right that’s still the best preventative measure especially if I want to use it for years.

Im somewhat pressed for time since the tent girls are getting big, I might be better off putting them in there this weekend but if I can find a good epoxy to seal that, maybe I can peel back the vinyl and paint it on before moving plants in.

Any recommendations on what to seal it with?

The resin used for fiberglass would probably work. Flex seal, marine sealer, and maybe the ruberized stuff for shower walls?

I’m not sure which is most cost effective though, haven’t purchased any of it in quite some time.

Awesome, found clear Bondo fiberglass resin from Walmart for 20$ claims 100% waterproof and works on wood along with tubs/showers etc. Sounds like it’ll be more than good enough.
Will get some tomorrow and paint it onto the wood before moving any girls into there.
Better safe than sorry, would hate to have to rebuild that table haha

I agree, that should be plenty good.

Guarantee it’ll do great. I have a 200 gallon fiberglass tank I’ve patched more than once with the bondo fiberglass resin. I use it daily for ~400 gallons of highly abrasive liquid. Sometimes it sits overnight, and it gets scraped up pretty good with somethin like this: 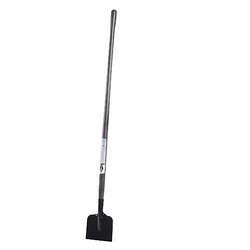