So first time trying to even canopy

So I took a clone a couple of months ago from a plant way into preflower so leaves were staggered not directly across from each other. Do I have the right idea. 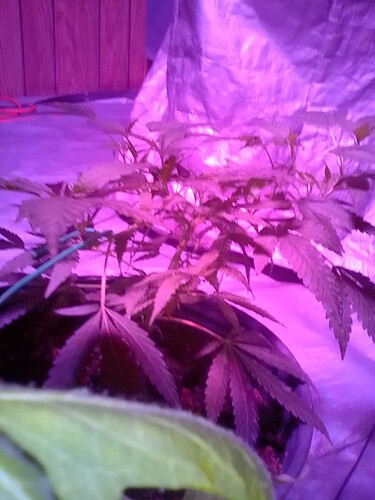 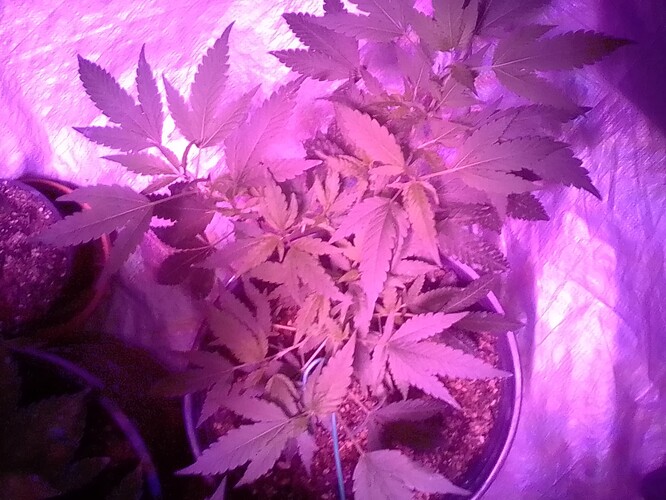 It’s really hard to see the plant well. Can you try turning off the colored light snd take photos then?

Thanks, I mentioned that in my op. I had to read up about it when I started to try lst training on it and I had a hard time finding the top chop point. 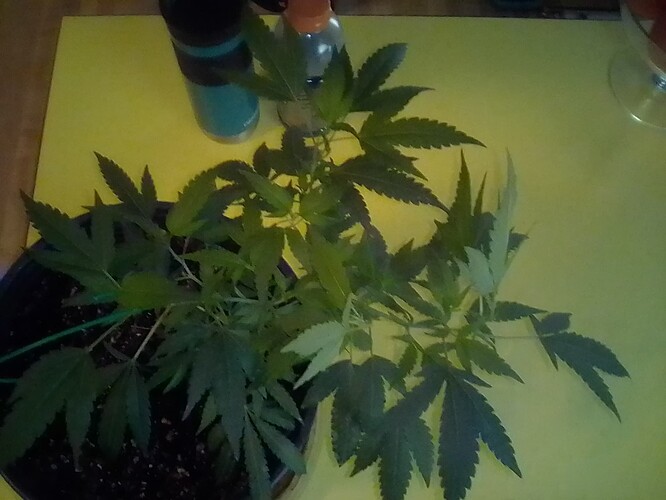 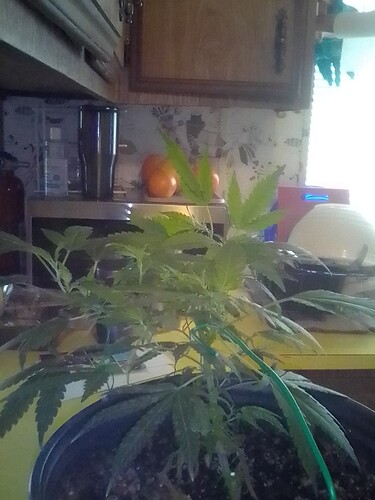 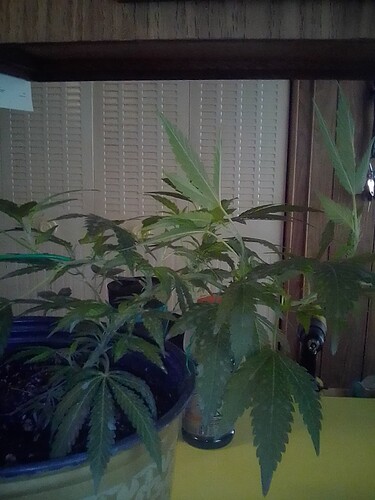 For an even canopy just keep tying down the tallest top. It’s easiest to top a plant to keep an even canopy. You can grow a plant sideways if need be as long as you have anchor points outside of the pot.

Ya I started with a clone far into preflower but still 18/6 so wasn’t an “even” top and was my first clone attempt so I was just playing around. Did some topping and minor lst on my current almost harvest but I left them 18/6 for 3.5 months so they grew into out of control monsters so looking to avoid that again.

How’s your side branch’s coming along from the lower half of the plant?
I see what you’re trying to do. I just can’t tell much from the pics. They aren’t too clear, but I see white spots on your leaves. Is that powdery mildew?

I have an auto that I tied down like that. 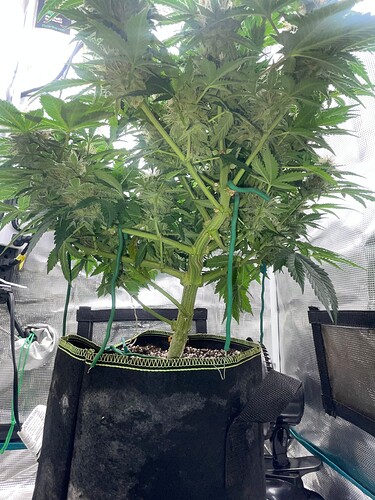 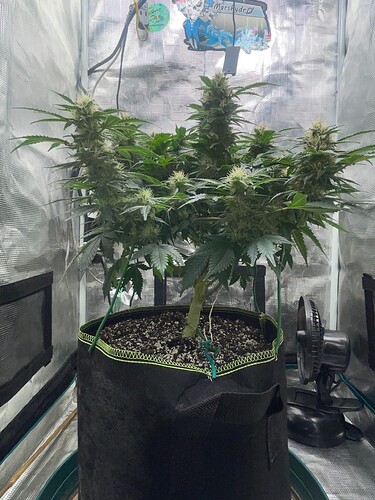 Ya this one was topped just akward because was a month past preflower still in 18/6 so was staggered. The spots are from foliar spray. I think what my issue was with my first 3 plants is I didn’t have proper light for the first 4 wks after seedling so really stretched and since was first plants I didn’t realize that they were really tall and scared to chop them up so only topped x2 but was hard to lst because of the height. Grow and learn. It’s kinda cool how fast the learning curve seems to be