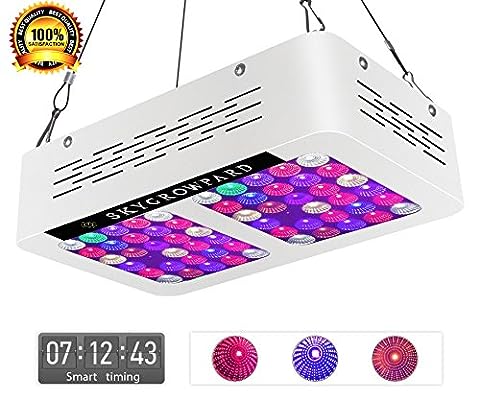 Anyone try this light out. Need one last light to go in between my two mars 300w in my 2x4 tent. My choices would be either this light, a roleadro 2nd generation full spectrum or another mars 300w. Toughts? Also considering roleadro cobs

A few of the members here have some combination of pretty much all of those lights. I’m sure some will be by soon

I can’t imagine why you would need a reflector with LEDs. All the light comes right out the front in a pretty narrow arc.I doubt their reflector has anything to reflect. And if it only consumes 110 watts, then it’s a 110 watt lamp, not 300 or 250. They claim it’s as efficient as a 250 watt HPS/MH HID lamp, but no LEDs are that much more efficient than HPS. With the right driver they can be twice as efficient but not 300/110.

Also I tag @dbrn32 and maybe him can explain more about this two.

The heat is a byproduct of the increased efficiency. So when talk about things like diving leds soft, this is pretty much what we’re looking at. When we take cobs for example they’ll say something like 150 Watts. Depending on exact model fv is usually somewhere close to 40 volts and you would need to supply around 3.5 amps to make it a 150 watt cob. We’ll say that’s about 35% efficient. Or out of your 150 Watts, somewhere around 50 Watts go to producing light and around 100 Watts go to heat loss. On the same cob ran at 1750ma, led efficiency goes to around 45% do to drop in fv, we’ll say that’s a 65 cob. So 30 light Watts vs 35 heat Watts. That relationship continues to get better as you lower operating current.

So depending on where any particular led setup sits, it could be more efficient than hps, it could be about th same, or it could be less. On a lumen per watt basis, @1BigFella is right. It’s diffi to be twice as efficient as some of the hid models. To really pick it apart though there’s a lot more to compare. It’s not exactly fair to put the cheapest leds against the most efficient ho 600 watt bulbs. If you put the most efficient leds against the least efficient 1000 watt bulbs, the leds are getting close to twice as efficient. If you add a little higher photosynthetic efficiency from an improved light spectrum, you can just about make up the difference.

If you want to say that leds run cooler, you have to pretty much leave that at canopy temps. Which can hurt you just as much as can help you. That’s mainly because of the waste heat from led is dissipated through a heatsink and out the top. Unlike hid where most is thrown at the canopy. Going back to above explanation, a very good led can have less overall heat. But we can’t necessarily say they have less heat as a stand alone statement.

I have a 2x2x5 (4 square feet) covered whit a 450w meizhi, if I have to double the space I will buy another meizhi 450w(400real watts totally) because I don’t want to buy a AC unit

People think LEDs don’t put out heat because a little 20 milliamp LED is a lot cooler than a little incandescent bulb. But when you get a lot of LEDs, either in a COB or not, they do put out a lot of heat. Not nearly as much as incandescent bulbs, but only a bit less than fluorescent and HID. If you do everything perfectly, they can be almost twice as efficient as HID and they also point the light just at the plants so you don’t need a reflector like fluorescent or HID does. But I doubt commercial manufacturers run their LEDs at low current to increase efficiency.

But you still need a heat sink for your COBS and you still need some air moving over the heatsink to carry the heat away, or it will get hotter and hotter. And you still need a fan to get that hot air out of your grow chamber. It might take it many hours to heat up, but if you are not letting the heat out you cook your plants. Above about 85 F they are shut down, so they are not making THC and other goodies.

Commercial grow lights have heatsinks and probably have internal fans. (It doesn’t take much air flow to make a heatsink much much better, and huge heatsinks are more expensive than a whisper fan.) So all you need to add is a way for the heat to escape the chamber. Maybe you just let the air circulate through your house. Maybe you vent to the outside. Up to you.

Something I learned was the difference between:
Efficiency
&
Efficacy

Pretty much. In our application we would consider efficacy umol per joule. They are usually referenced in lumens per watt for efficacy. But seeing how lumens don’t effectively measure a lights ability to grow weed, it’s not very good for us.

Efficiency is very similar, but not the same. It’s like you said, ratio or percentage of total Watts vs the amount of watts doing the work we intend.

Using galaxyhydro(roleadro 2nd gen) for supplementing sunlight in a greenhouse grow
Plants love it just make sure to follow distance guides.
The light was a freebee from a contractor I work with but I seen em for 70 or 80 bucks on amazon
I would spend that much in a heart beat good light for the money
But again I am just using it to supplement sunlight for these short days
Hope this helps

I’m using the same light as @Growit in the 300watt version. About $90 ea on Amazon I like that you can Daisy chain them. Running 2 lights in a 30"x30x96" area. First harvest under these lights yielded 10 oz wet in a scrog set up. Since you already have 2 mars 300 I would just get another one. With another 300 watts your going to be really close to desired watts per square foot of 50. Just my 2¢.

As you can see the majority are COB’s.

I run an AC ran through an eight inch inline fan into the tent along with a six inch fan for extraction.

If I didn’t have AC running the tent would easily reach into the mid nineties.

That is a impressive group

You have a journal? @Alton66

I do have a journal.

Please place your seats in the upright position Grow Journals

Well hello!! My name is Vaughn [IMG_8135] it’s great to meet all of you!:slightly_smiling_face::+1: All of you seem so friendly and willing to get to know one another. Because of this I’ve decide to hang my hat here as it were.:slightly_smiling_face: I haven’t grown cannabis since 2001. That’s a little while ago. I used a 600 watt HPS in a bedroom I converted into a grow space. Now in the fall of 2017 I find myself on the predipice of an exciting adventure using a 5 X 5 tent and some serious…