Single Branch Is Wilting and Dying

Really a bummer. Nice looking plants. Sorry about the loss. As for the wind, that is a posibility. It’s been windy here where I live so I pounded some pole stakes into the ground and tied several of the stalks to the poles to keep them from blowing too much. Also, as the buds develop more and get heavy, the branches can use the assistance of the pole stakes to keep them from bending and breaking especially if strong winds come up.

More than likely it’s root maggots/fungus gnats. I sprayed the top layer of soil with Neem oil and by the next morning the wilting branch looked so much better. I will treat 3-4 more times to make sure all are gone.

Hello there! And welcome to ILGM. Thread is pretty old tho. Hopefully the guy made it to harvest

Ok so anyone with this same problem I would say because it is a low hanging branch and more than likely it is not supported sufficiently. Look at the intersection of your branch and stalk. Is it separating from the stalk? Look very closley. This my friend is has happened to myself.

the same happened to two of my plants this season. They are pretty big, but the branches that died did not break off. I checked them. There is no separation between the dead branch and the main stem.
no visible bugs, bites, etc.

Bro I have the same issue it’s only one branch I have no clue what’s causing this… I have 20 gallon pots I just watered because I felt it was under watered but the rest of my plant is solid but one branch. Has anyone figured this out??

It happened to me too on 2 different plants, but the plants were fine and still doing good.

It’s happening here too. I had two stalks do this yesterday and another one today. The leaves just start drooping over which spreads down the whole stalk. I just sprayed with Growsafe but I would like some opinions on what I am dealing with here. It looks like insect damage but there is no sign of infestation anywhere on the plant. Of course I’m not sure what I am looking for but everything looks good.

It is correctly watered, nutrients are not a problem. It is otherwise a very healthy plant. Super Skunk in case you are wondering. 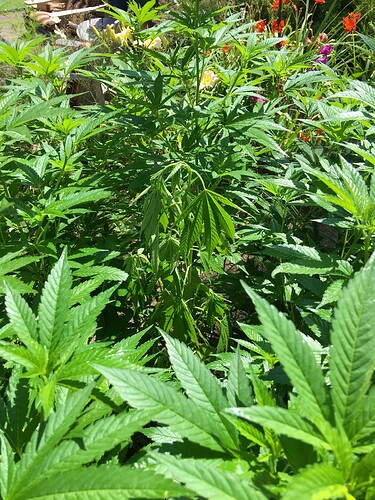 Yeah any random wilting branches, always scope out the stem. Usually borors get in there and do all kinda unseen damage until one day a branch just dies.

Alot of pests get invisible during daytime then return at dusk to continue the destruction. Try just before sundown and look over,under and in between everything

I sprayed with Growsafe. Not sure what else to try if I can’t figure out what it is. She is just starting to flower

But yea identifying the critter is step one

My wife had some Jacks which works miracles on other plants. Just soaked it with that so between the two if it is an insect that should do it. Hopefully

SOLVED: Looks like Jacks and Growsafe did the job. No more damage. I looked but couldn’t find the borer hole. But the insecticide did.

I’m having the same issue for the first time ever. All I can find is information on fusarium wilt. Idk if it will help, but it’s better than nothing. Good luck. I’ve had 3 branches die so far. The rest of my crop is fine.

I’ve been having this issue!! In my case it’s grasshoppers they usually eat the leaves but they also will chew on stems they chew a circle around the brach sometimes its easily noticeable other times really hard to find because it’s such a small ring! And can never save branch I’ve tried everything nothing works I’ve even suer cropped hoping would fix that nope. But grasshoppers eat the outer skin from stem down to the white fiberus part I bet that’s most of your problems I made video I put on YouTube since Noone else talks about grasshoppers on stems only leaves… so check stems these chew marks can be really small and onlyhalf way around the brach but I’ve lost brach from it being thick as fingernail so look closely hope this helps someone 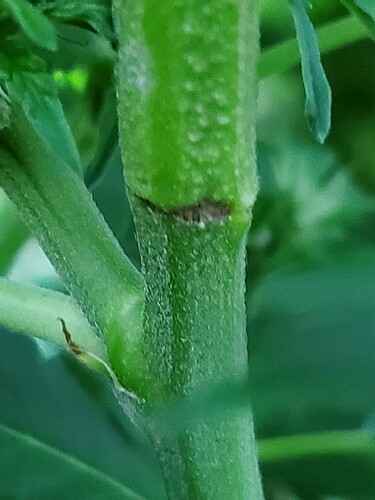 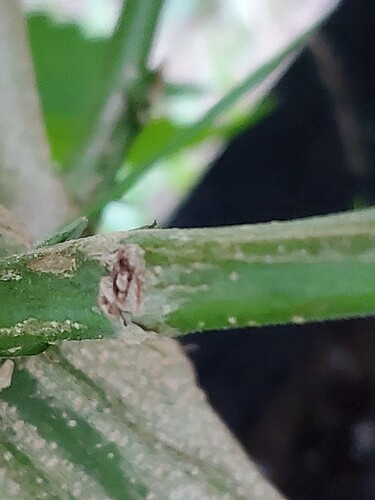 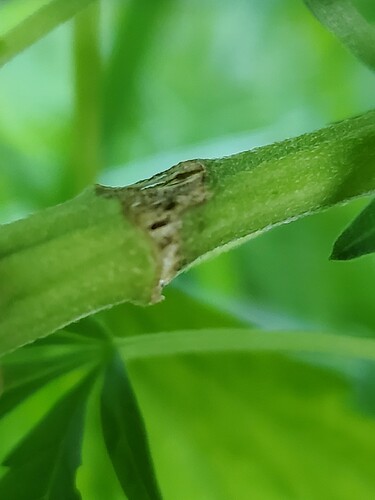 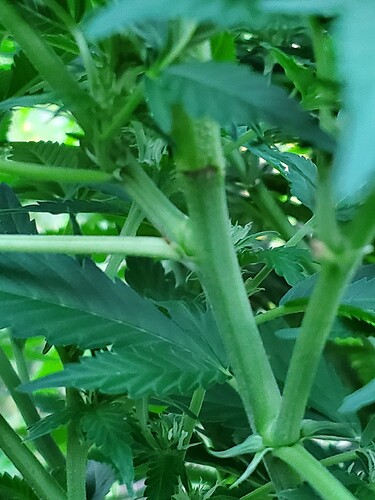 Grasshopper chew stem they sometimes eat the smallest ring around stem I’ve been having this issue. But the stem will probably have a ring or half ring about thickness of fingernail where they chewed it. This is what it is in my case I just bought a 12x10 green house 160$ and some screen and put stakes around and stapled screen to protect them hope this helps someone I know little late for u but incase happens again. 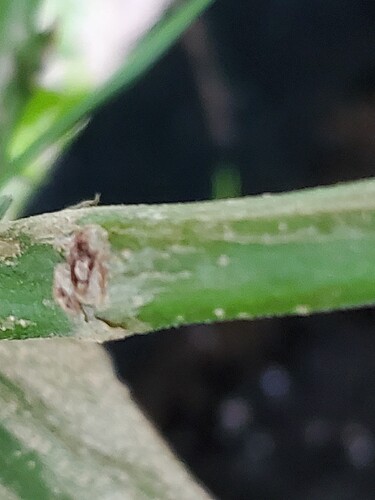 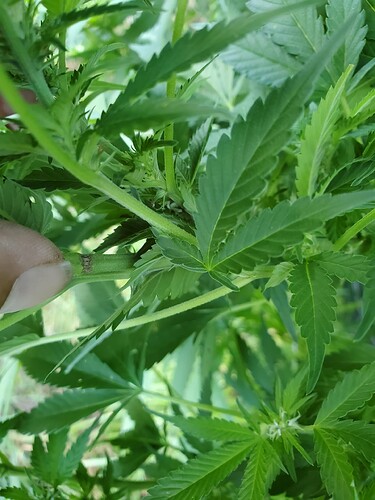 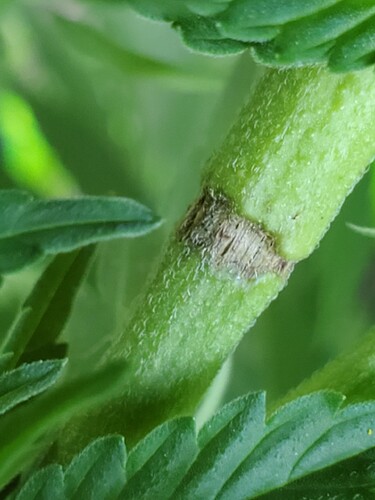 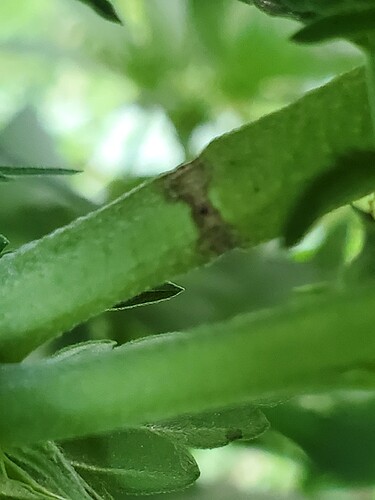 So I just had raccoons digging in my raised bed it was looking for worms. I filled in the whole and a few days later a single branch died off I think it’s linked to root damages?? Just a thought… Anyone got anything better?

I had a couple bottom little branches that did that and I just broke it off from the stem. It just came out of the stem like it left a dent in the main stem happened only one other time on another plant but that was I don’t know what happened don’t know why