Simple syrup recipes not so simple

thousands of recipes out there - some use just 3 or 4 grams where another called for 13 g, both with the same 3cup water/3 cup sugar base. another said use decarbed cannibis and another not but BOTH had the same 30 min low boil cooking time.

so if its decarbed - shouldnt it not need 30 min at boil? maybe just steeped in hot water like tea? because i tried the 13 gram recipe with 3/3 water/sugar and 30 min cooking, then glycerin, then another 10 minutes. barely feel a buzz though it is dark and strong cannibis taste.

I don’t cook with this stuff, but lets see if @AfgVet can help. Decarbing is one thing but infusing is another. I’m almost positive she can get you dialed in.

Ok @surfgeo as far as decarb goes, you’ll need to decarb your flower for your simple sugar process. 30 minutes is not enough time nor do you know the temp it is at.

This woman may have something on her page. Her recipes are legit. 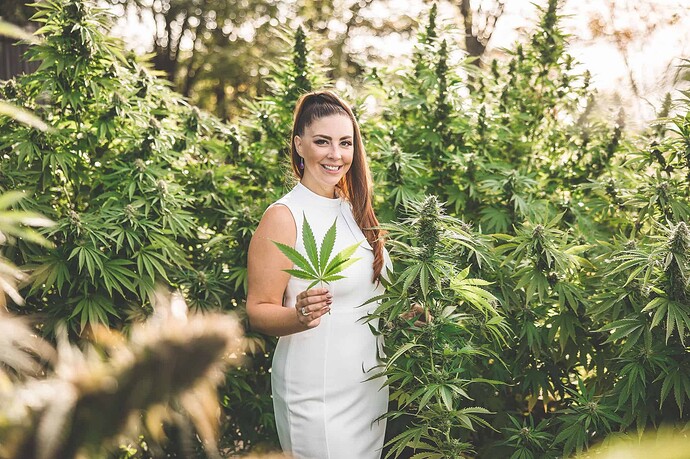 Emily Kyle Nutrition teaches people just like you how to use cannabis to find joy, enhance their productivity, improve their relationships, and naturally support their overall health and well-being.

As far as how much weed you use is up to you and how strong you want it. I don’t infuse as I like to know, as close as possible, how many mg of thc are in whatever I’m making for dosing purpose.

If I understand correctly, you added the decarbed weed to the sugar/water as you made the syrup.
While water boils at 212 degrees, a sugar water mix will achieve temps well beyond that and as the water evaporates the temp will go way way up. I would guess that you simply cooked the THC out of the syrup and were left with a bunch of CBN.

You won’t really feel a buzz from decarbed weed infusing directly into a fatless carrier.

I went down this road and wish we had more discussions about the science of edibles so people understood what’s going on when they make infusions.

If you are using an extract - decarbed QWET, decarbed BHO, even decarb rosin from a press, you can infuse sugars and fatless carriers but understand the effects will be less intense and wear off quicker.

By “fatless carrier” I mean the following:

You get the picture.

If you are using a fatty carrier, you are going to have significantly better success. Fat helps bind the cannabinoids. More importantly, THC isn’t water soluble - it’s fat soluble. Consequently, you either need fat as your carrier, or you need fat in the recipe.

when it comes to cannabis absorption, saturated fats are best. The higher the saturation levels, the better the fat is at absorbing cannabis’s active ingredients.

Consequently, I suggest strongly considering using your weed to infuse:

You quite probably could also infuse heavy creams or milk, I simply haven’t tried so I won’t attest that it’s a good idea.

Anyway - all that is somewhat tangential.

To properly create a simple syrup infused with cannabis, I would do the following:

Add 1 cup water and 1 cup sugar to a pan.
Heat over medium heat, bring to a boil and stir until the sugar is fully dissolved.
Add the desired amount of decarbed cannabis extract/concentrate to the pan once the syrup has cooled below 200°F. Stir well to incorporate.

Don’t use actual weed - the only thing in cannabis that’s water soluble is the stuff we generally try to avoid (chlorophyll, hence the green/weedy taste in your syrup). Also anticipate that you will need to have a fatty meal or add your canna syrup to a fatty recipe to make the most of the high.

This is an area I have done very little research and you answered my question and now I know why it is not recommended doing what I was thinking of doing. That is: why can’t I dicarboxylate keif and put it in a capsule. Clean and simple but ineffective.

why can’t I dicarboxylate keif and put it in a capsule. Clean and simple but ineffective.

You can. I would highly recommend taking a fish oil or similar along with it, or for that matter getting a large capsule, adding desired kief and then topping off with something like MCT or fish oil. The point is to ensure you ingest fat along with the cannabis. With kief or other decarbed weed in a capsule, it will work but works even better if you ensure there’s fat metabolizing at the same time to help bind the cannabinoids.

thanks for the great answer - but i did use vegetable glycerin (2 tbsp) - thats the fat to bind to, correct? or lecethin too.
last year i infused in coconut oil and it was VERY VERY powerful.

but i did use vegetable glycerin (2 tbsp) - thats the fat to bind to, correct?

Negative. Vegetable glycerin is a “sugar alcohol compound.” More of a sugar than a fat.

Lecithin is technically a fat, but my rough understanding is that it’s a binding agent, not a lipid in and of itself. Lecithin is what you add in order to allow cannabinoids to bind to the fat inside of an infusion process, and helps additionally to allow your gummies with a small amount of fat to pack their best punch. By itself, I don’t think it has the molecular structure to enhance the high of THC. When combined with fats, it definitely has a huge benefit (namely preventing the oil from separating out of your non-fatty mixture, again think gummies).

@Graysin thanks. Makes sense to add oil.
I wonder when the Food Network will expand into this area? half kidding