She started off looking pretty good but turned male

What do you guys think? 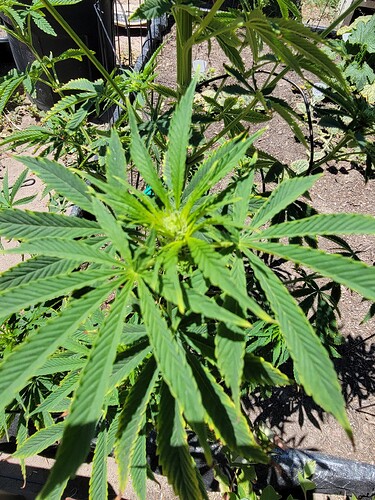 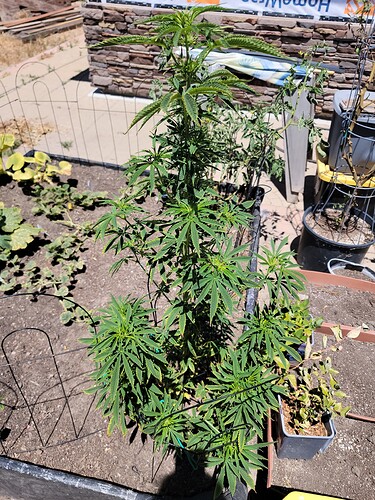 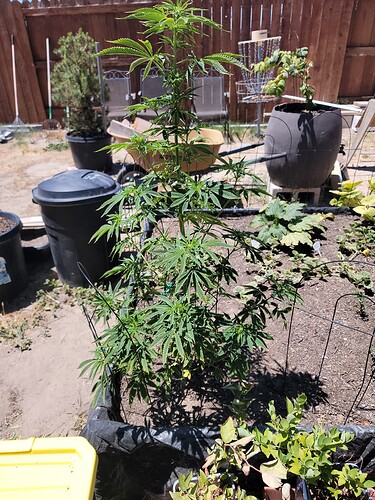 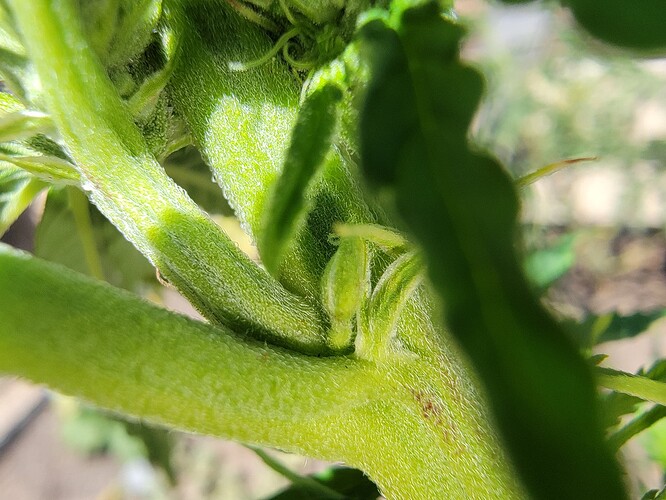 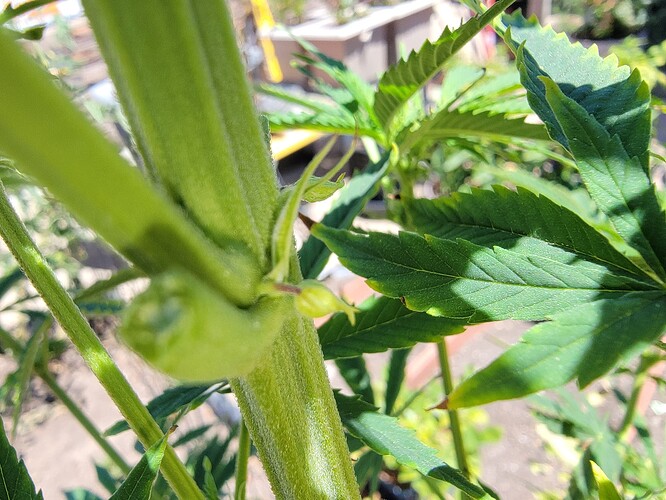 I don’t have genetics for this plant. Random seed i forgot to label that i tossed in the garden. I know its from bag weed. I should probably pull it.

I’m not an expert by any means so take this with a grain of salt but I would pluck off those two suspicious ones and then watch closely. I can’t tell for sure until they are definitely ball sacks Those don’t really look round like balls, but they kinda look like they’re on a stem like balls…

I could pick em as i see them. I was chattin with my bro about that but he also has a couple females no more then 10 ft from this so idk. I don’t want to chop it but i might have to.

Yeah they do have the Shape of calyxes but kinda look like a stem like balls. I think we’re all waiting for an expert
@SilvaBack203 @Nicky @Graysin @pr @MeEasy @nmgeo
They all know what’s what

Personally, I would wet them done really well put a wet paper towel on it and pull them off… You probably don’t want a bud to develop right there anyway. Then inspect her often and closely.

Thanks for the assistance @nmgeo

Agreed. They don’t seem explicit one way or the other.

I would follow @nmgeo ’s advice - spray one down with water and pluck it. Take it inside and cut it open.

The internals will tell us more about what you have going on.

The bract on a female plant often looks like male pollen sacs, up until the point that she deploys the pistils from her calyxes. See this diagram for an idea: 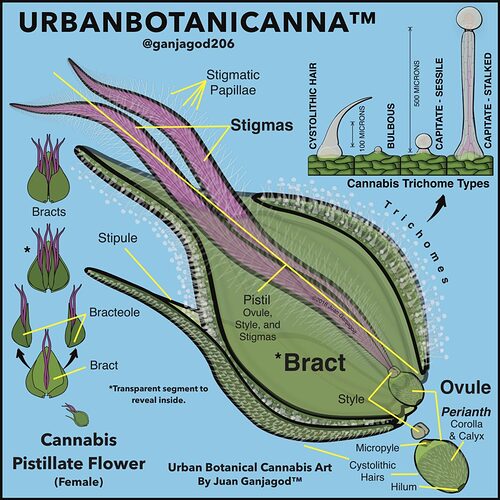 When you cut it open, you may find either:

A: small petals, usually white, with some white powdery stuff - the pollen. That indicates male parts.

B: a small sometimes sort of hard tiny almost seed-like thing (the ovule, above) - sometimes pistils are already sticking out of this, sometimes not. Also maybe pistils, which will also be white but usually sticky. That indicates it’s female parts, just on a stem for some reason.

I have encountered both before. If the male growth is not widespread, plucking and moving on has worked well for me.

Thanks for the replys everyone. She definitely has the female parts everywhere else on the plant and is in preflower. There’s only a handful of those stem n sack looking spots on the main stem. I’ll pick one of those and see if i could get a closer look with my bros microscope.

Thanks for the tag Beck, I would say it looks more male than female to me you don’t get calyx out on a stem like that, they’ll grow right close to the branch 99% of the time but it is shaped more female. I would pluck it n anything else like it, you can wait another day to be

but don’t wait to long 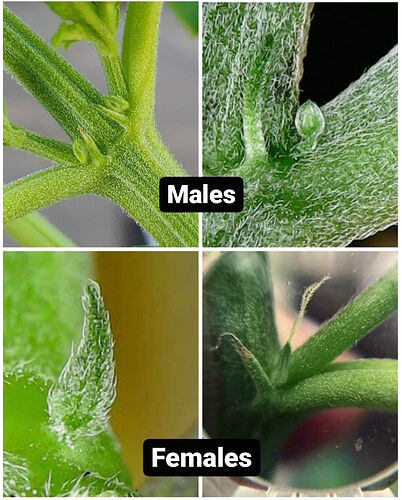 This is the stem I’m saying makes me say male 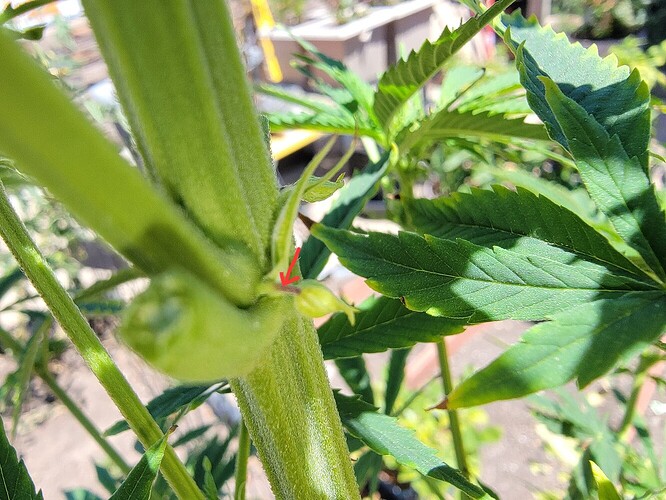 Thank you all for the help

My gut reaction is male but I think above advice is solid. Pluck 'em as you find them but watch carefully.

couple females no more then 10 ft from this

Look that whole plant over very carefully! If male, they can be hard to spot at first. Mist the suspicious ‘calyx’ with water before plucking just in case

Might be both might be a hermaphrodite and have both sex organs. If so pull the balls so dont polinate the close plants and save. If it continues to look male and dont start to show white pistols then bag over it and pull it careful as not to spread pollin

I ended up picking off about 8 or 9 of those male parts. The rest of the plant is female and flowering. All male parts i found were on the main stalk. I’ll have to keep a close eye on it. And idk why she’s so yellow. I feed her. Could be ph issues. First time growing in ground in a garden with other stuff. Thanks again for the replies everyone.

Careful of the HERM action later in the game. Like Big Arnie - The “Herminator” - He’ll be Bach.
When they show both sexes that early…true colors will fly later, when they become honest with themselves or gt stressed ever so slightly.