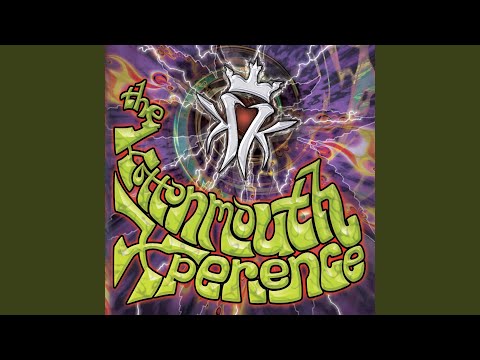 @roost1 Mine are outdoors, they are about 70F during the day and around 50F at night. I did some lst on them and started late just for a test run. As the temps keep dropping, I’m seeing more purple. Even with the same genetics, environment will have it’s say on the final product.

Had to stop my process and regroup, find my way. Had a very difficult time starting seeds, but I may be out of the woods with more girls and a much different scheme.
Perhaps @BobbyDigital, we need to change the title? Through trial and error and research, I have come up with a new scheme, “Second Grow: LSD, Blueberry, BC99 Fast in Coco; Aurora Indica Auto in AutoPots, Help Wanted”.
Along the way I wasted quite a few seeds. After the initial drop appeared to be a failure, I decided to follow:

That did not work out well for me. Cygnus (rightly) suggested simple is the solution, and this was not it. I was unable to tend to them as necessary, so I had several sprouts dry out in paper towels. I also incredibly “lost” a couple of seeds while handling and drowned a few in Jiffy pots. I did have one survive that process (Blueberry).
So, stop and think more. Came up with a radical method: make hole in growth medium, drop seed and cover with growth medium, add water. I put these on a heat mat under a box. I had 100% success with four seeds in 2-3 days.
Also, the two LSDs that sprouted a month ago and looked horrible? I kept watering them. Of course, weed being so resilient, these two recovered. Since they are tough they are part of the current lineup:

Another forum member suggested I try coco friendly nutrients, and I agreed, so I set the Fox Farms aside for vegetables next year and went with Canna Coco A & B. Currently they are all on the Growth Veg Phase I regimen, normal dose - equal parts A & B, as well as RhizoTonic and CannaZym. The prescription stays the same until flip unless I wish to go “Light” or “Heavy”. This week I started adding Botanicare Silica at 2 mL per gallon.
In EC 1.4, ph 5.7.
Been watering once or twice daily to runoff.

14 Nov transferred LSDs from Solos to 1 gallon fabric pots. They had quite a bit of circling going on.

BC99’s had roots poking out of the fabric bags, so on 16 Nov I attempted potting up #2. Too early, the root ball fell apart. She looks like she didn’t miss a beat though. Or at least no worse for wear. Wait on #1. Blueberry is also poking through now, but we must wait.

The two LSDs had their first node removed and all fan leaves except node 3. I fimmed LSD 2 on 16 Nov. Surprised that it looks like it gained height on 3 since. Supposed to slow it down I read. Number 3 is shorter and bushier.

Title changed. Had to remove the link because it contained links to seed banks.

BC99F #2 now shows worse for wear (left rear). Lagging in above ground growth. No doubt replacing lost roots. I expect she will make a full recovery.
Not sure when uppotting is needed.

This morning’s feed: In at ph 5.8, EC 1.2 (water is .2).
LSDs each received 600 mL to runoff.
These two gals appear vigorous and are extremely dense, with one being overall more so. Probably tomorrow I will start pulling down branches. Not sure how well the FIMs are working. I estimated I trimmed about 2/3, but it may not have been enough. Watching…
Removed top two almost mature fan leaves from both.
Before

All the babies received between 120 and 150 mL. I say they are officially no longer seedlings. All have roots poking out.
Blueberry was the driest, so I gave her an extra 50 or so for more runoff. Thought being, she is feeding more, which concentrates the nutrient solution in the growth medium. (Proportionately, the plant takes up more water than nutrients than water.) She needs a bit more of a flush with every feed than the others at the moment. And I think she may need a third daily feeding. All that makes a case for up-potting, but I think not quite yet. The bottom half of the fabric pot is firm with lots of roots poking out. Not so much on the top top half just yet. Curious if I will see many roots there or are they air pruned before they pierce the fabric since the top dries soonest? I will wait and see. This is my first experience with these fabric seedling bags.

Decided to try some HST. I believe it’s called super cropping. I deliberately softened stems and permanently bent them. Four on LSD 2 and two on LSD 3. So far they have responded well to all the defoliating and FIMing. (Not sure if I performed the FIMs properly, but they seem to be recovering well).

Both LSDs showed no sign of the branch bending the next morning. I noticed I did not sufficiently break the fibers, since a couple branches managed to rotate back a few degrees. (I twisted them 90°).
Today I tied down a few branches on both and twisted two more on LSD 2. Removed two more top fan leaves from 3.
The younger ladies are growing rapidly. Up-potted the other BC99F and the Blueberry. These were easier, as the root balls stayed together better. Found the seams tear easily on the pots. I peeled the fabric off the sides and grasped the bottom of the root ball where it was most dense and placed them in their new homes.

Did more twisting, bending, and clipping on LSD 2.
Does not look like the FIM was not quite right, as i think I see the central cola emerging. Figuring between topping or FIMing again on the two big ones. Probably going to flip within two weeks.

Blue Cinderella 99 Fast 1 & 2
The one on the right was lagging the other a couple days after the sloppy repot, but now she appears to have surpassed her sister in size.

Aurora Indica Auto
Before and after up-pot

LSDs
Before and after manipulation

Fimmed Blueberry and one BC99F. I believe I took off over 75% of the tip this time. I’m thinking on the LSD’s I did not take off enough. Still observing and formulating.
The LSD’s gave up a handful of leaves. Did mostly adjustments only on the branch tiedowns. The only addition is the splint across the top. I also removed one fan leaf pair from one of the Blue Cinderella’s. Poor girl later took a tumble to the floor. No real damage apparent. Did have to replace some growth medium.
Flying blind on the pH now. Somehow managed to break the bulb on a 2nd meter in two months. So far I have been lowering the pH of the silica and nutrient solution about one point prior to feeding. Seem to remember it’s about one squirt of pH Down with the provided applicator.

Is the light green color an artifact of the light? (In the picture, I mean)

I would attribute it to that. The group photos are under the grow light.
This was taken outside the tent of some of the youngsters. I consider all of them light to medium green. You? The LSD‘s were fairly dark green, but the new growth is a little paler.

Received a new pH meter today (a day early). I discovered this morning’s feeding was below 5. Hopefully we caused no harm.
No training or defol today. Likely very little except feeding this week (house guests).
All the girls are poking roots out of their bags. Hoping to have time to do some transplanting this week somehow. The growth right now is rapid. Plan to put the LSD’s in two gallon bags and the rest in one gallon bags like the LSDs are in now. Curious how well these bags work. They have a velcro seam.
The inexpensive white fabric bags may be a winner. The Auroras are already poking out roots only two days after transplant with the original bag intact. I will leave the bags on these for their next transplant. So much easier if it works as well as I hope. I very much like the air pruning and not having the plant grow miles of roots circling a solid container. Use her energy for above ground growth. But removing plants from the bags is not easy, so if I can leave them on, how much better will that be for me and the plant as well?

Almost all. One Aurora Indica out of frame to the left.

Fed this morning pH 6.0
LSDs 1200 mL
Blueberry and BCs 400 mL
Auroras 300 mL
These girls were watered three times yesterday to runoff. Hoping to transplant some or all tomorrow night.

Girls this morning after feed. Topped LSD 3 and the second Aurora.
Planning some transplanting tonight. Starting with the two BC99Fs into one gallon pots like the LSDs are in. Then Blueberry and Aurora’s into same. LSDs into two gallons.