Powdery mildew and if so what can be done?

Y’all might remember my previous topic “My dad stole my plant!” Well…we’ve got problems. Driving at the moment so I’ll post a support ticjet later if needed.
The plants a strawberry kush that he put out in his vegetable garden and is just letting it grow. It’s also probably 3-4 weeks into flower and I went to look at it today and noticed some white splotches. Thought it might be bird poop at first but noticed a few more spots. 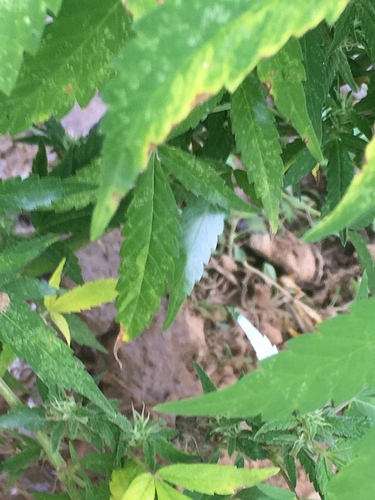 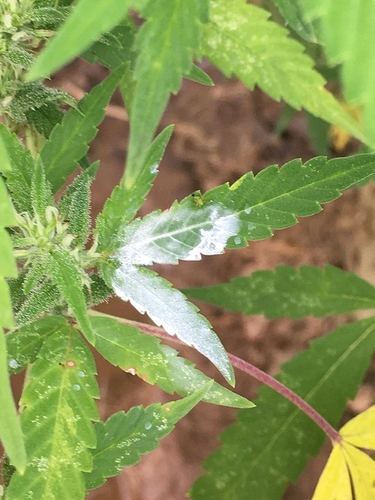 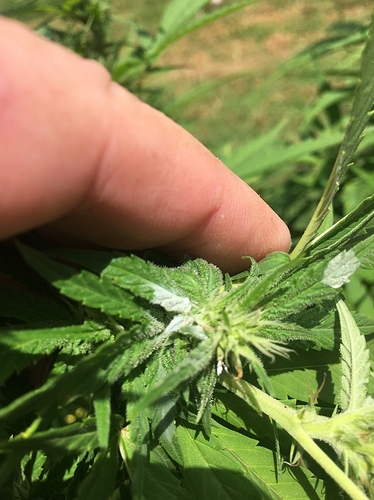 Could that be powdery mildew? I’d look up what conditions it occurs and see if that matches
Also think about pruning bottom leaves for ventilation

could be bird poop? @Beans

It’s on other leaves in the other pictures

I was Having the same white stuff on a few leaves but that was a few drops of mixed water (nutes+water). But also I’m whit @BIGE…