Red hot cookies photo. I noticed today that her top has forked and now she is growing two tops. Almost as if I topped it. Never seen this before. The main stalk literally has split into two tops. See pics below. Also. The first two pics will show that after about the fifth node, the nodes starting being offset. An old grower once told me when ya see the nodes no longer symmetrical being side by side to an offset alternating nodes, usually that mean she is in full flower. But that’s not the case here. Just wondering if anyone has seen this or an explanation rather than just weird genetics. Thanks guys…and gals. Hope all is staying safe🙋🏻‍♂️ 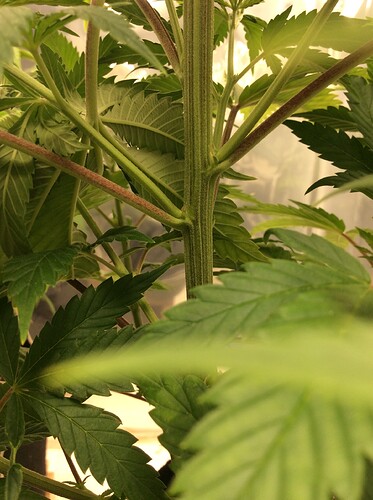 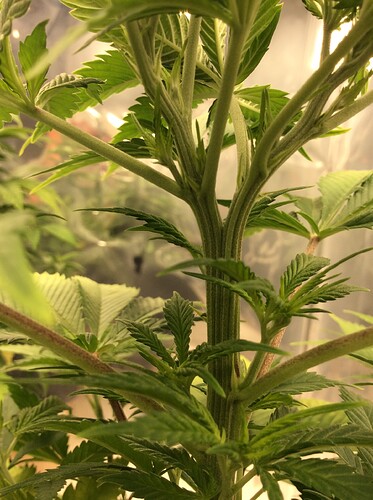 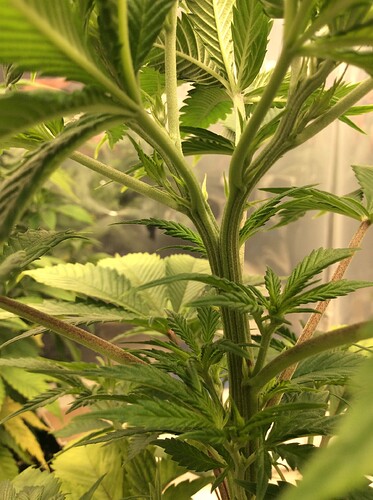 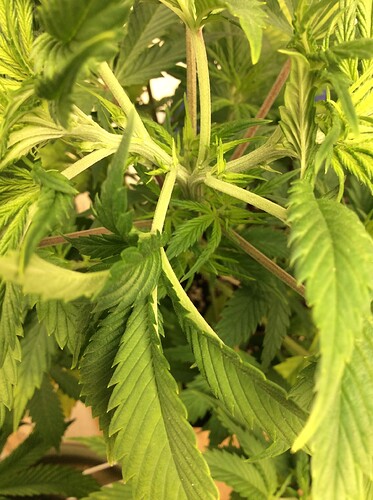 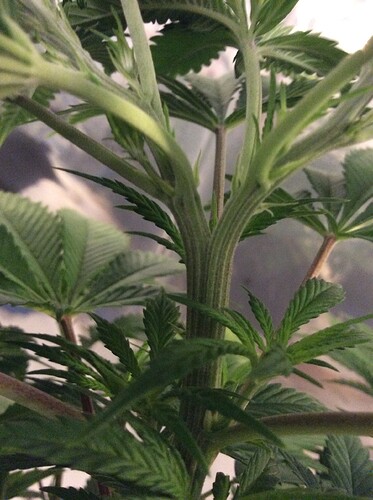 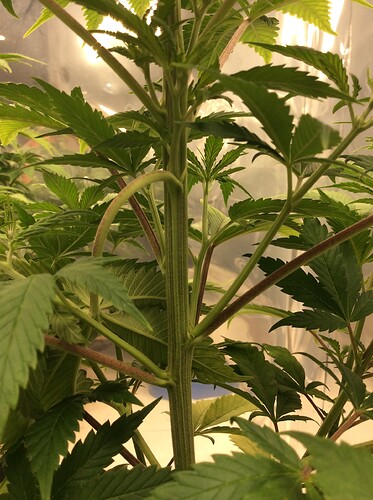 I don’t have a clue,but it’s cool.

I’ve had it happen a few times. Just genetics. The plants are usually otherwise normal.

I always thought that when the branches start alternating your plant is mature enough to flower. You still have to help it along with light cycle.

I’m not sure autoflowers live and flower by those rules though. 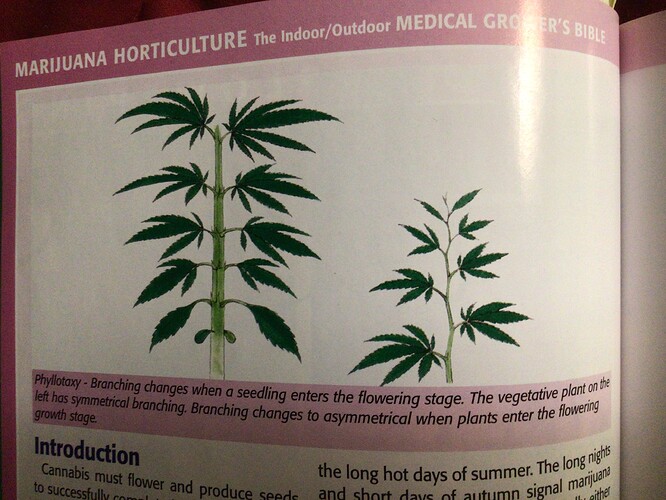 Thanks guy. Appreciate the feedback. Yes it is cool. Can’t wait to see her flower. Lol. Thanks for the pic as well @CMichGrower.

Yea. I wish I knew what I did. Lol. Would be cool as hell if there’s something one could do to make it do that on its own. I spend a lot of time in the woods and have seen several trees that look to have natural forks in them. Just never seen it on a cannabis plant. 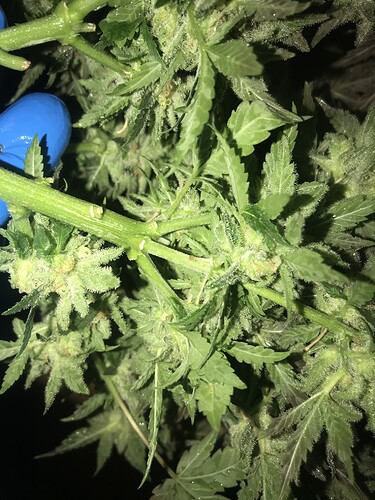 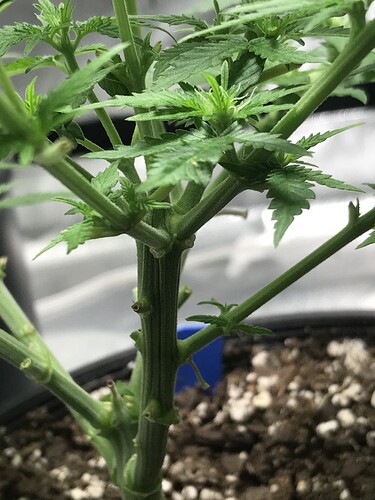 Polyploidy is very common in plants, especially in angiosperms. From 30% to 70% of today’s angiosperms are thought to be polyploid. Species of coffee plant with 22, 44, 66, and 88 chromosomes are known. This suggests that the ancestral condition was a plant with a haploid ( n ) number of 11 and a diploid ( 2n ) number of 22, from which evolved the different polyploid descendants. In fact, the chromosome content of most plant groups suggests that the basic angiosperm genome consists of the genes on 7–11 chromosomes. Domestic wheat, with its 42 chromosomes, is probably hexaploid ( 6n ), where n (the ancestral haploid number) was 7.