So I planted 2 photo-period Durban Poison seeds
got 2 plants…one is extremely faster growing than the other. as in the photo.(the other may have gotten stalled a little but just look at the difference)
I have no explanation, they were germinated at the same time…same soil, tent, light, and even same water source (5 gal bucket with drip system)
As you can see one is exceptionally ahead of the other.
I’m gonna say 6-7 weeks as I didn’t keep any records… 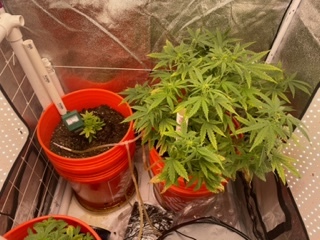 anyway the plan was to have 2 photos and 2 autos in the tent…let the autos go thru their cycle and finish and THEN flip the photos.
This one plant is gonna screw up my “plan”
It looks like the damn thing is on steroids and is already going into flower…it would make sense if it was an auto and it had an increased grow cycle which would pop it into flower faster than it sister BUT it’s not (according to ILGM sales)
The lights are at a strict 18/6 timer and if it IS a photo according to when I bought the seeds…

a close up of the suspicious observation… 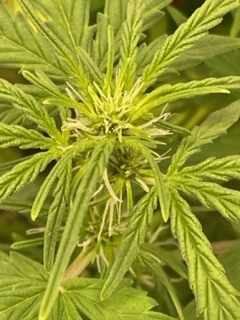 There are a ton of factors that can affect plant growth. Odd indeed though, I’ll be watching this one.

Brother of the Buckets!! 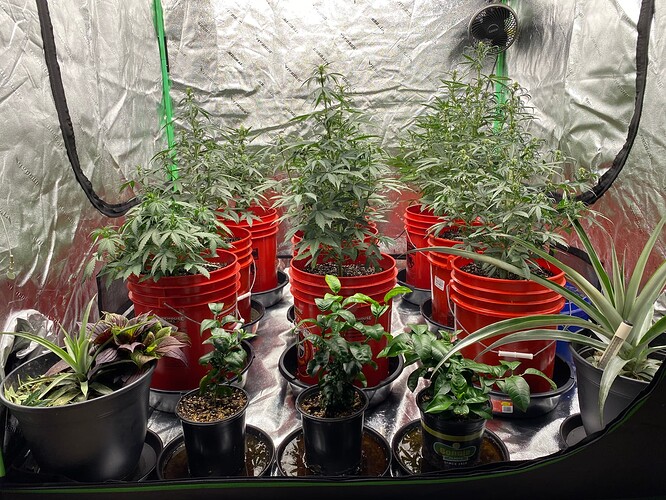 Double check your light timers for correct on/off times.
I just relaced a bad one on a light

I cant post the link because its a seed seller, but the article I have mentioned in another thread shows a few other triggers for flowering that will start it besides changing the light schedule.
Google the following sentence…

7 Factors That Could Affect Cannabis Flowering

The site is Zamnesia

Some trigger it early and some delay it.
Basically if the plant thinks its gonna die due to conditions, it may start flowering to make seeds before it croaks.

Mine is showing pistils also, no where near as far gone as yours so we come to the conclusion she was just showing sexual maturity 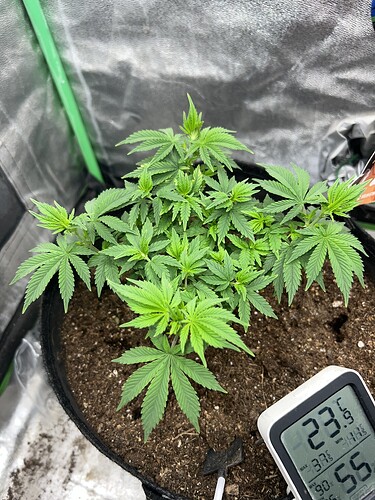 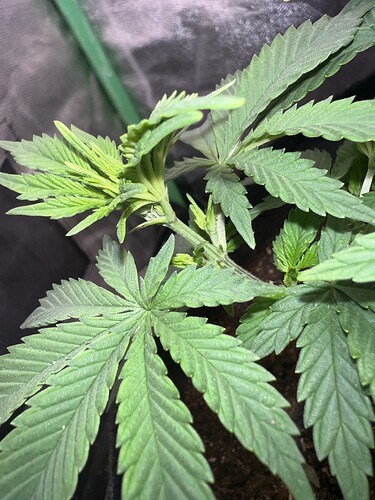 If she goes back to veg… you’d probably end up regretting it. That lady would get UNRULY to be polite. Imagine each pistil basically becoming a new branch. You’d have to go in there with a chainsaw before flowering again.

If she goes back to veg… you’d probably end up regretting it.

I second that. Durban for me is a stretch monster. She just never sits and flowers. She always wants to be in the back row of the choir.

…let the autos go thru their cycle and finish and THEN flip the photos.

I might humbly suggest just going to a 12/12 now. That Durban is ready to go. And if you don’t have an extra tall tent, that photo Durban will be 5’ tall before you flower her. The autos won’t care being on a 12/12. If they fall behind the photo and finish last (often do reading auto threads) you can always turn the timer back up to 20 on for the home stretch on the autos.

That lil runty Durban is just along for the ride. I would not adjust the grow for her. Or else your big girls will suffer for it. Honestly, lil runty ones like that often turn out to be gems. Like a different flavor profile or extra Stoney. I would not be surprised if the runty one gets its bearing soon and catches up pretty quickly in a stretch of its own. Don’t do anything silly like over fertilize it.

Also, just a heads up on buckets. Make sure the bottom of that runty one isn’t too wet. I would drill a side hole near the bottom of that bucket. One I could stick a finger in. Make sure that area isn’t too wet. It’s the inherent flaw with the buckets. Not a problem if you are heads up to it. I would even drill a hole in the happy plant’s side near the bottom to compare and contrast the two. If the little one is wet you way want to turn the side of that bucket into a spaghetti strainer to let more air in and moisture out. Happy growing and good luck. I love Durban, that shi* is my coffee. Wake and bake.

i just put together the scrog net so I will give the big one a week or so to fill out and cover the net horizontally…then now I will plan to flip it…so the bud spots are evenly spaced and have separation to grow up with no interference from each other
i was really looking forward to a long veg with these cause I only did one other photo (a white russian (love that strain)) and the experience and yield was more rewarding than any auto … if i didn’t have auto seeds left I would just get photos cause its so much more interesting. autos are fun and fast but I really like photos now

the baby has some overflow that came out so yes it is a lil wet … that’s why for the past 4 days i cut the watering on that one and I’m letting it suck up from the bottom to dry out and there is a small fan blowing over the outside tray of water to aid in evaporation and thus adding humidity… I will probably separate the buckets and dump the reservoir in the outer bucket to assist in drying it out.

so you’re saying if the autos only get 12/12 it won’t matter? they will still veg? they are not photo sensitive in any way?

the main plant is about 2 ft high now and the tent is 5’ so I have room for stretch while budding. the light being lower has prevented too much stretch already…compared to a friends tent that has durbans that really reached for light since day one

always willing to learn more so Thanks again… everyone here rocks…

so you’re saying if the autos only get 12/12 it won’t matter? they will still veg? they are not photo sensitive in any way?

They won’t veg as well under 12/12. But they will flower just fine. Since your scenario is your photos are there too, and ready to go, I would focus on those. Or else those would be overgrown and possibly wasted. Especially because Durban can really stretch. I found it wanting to stretch between 3-5 times once flipped to flower. The only plant I have had stretch more than Durban was haze.

Unless you want to focus on the auto? I admit my bias, I would focus on the Durban since she is big and ready to go. You could always clone it (Durban photo) to grow again. Or at the same time (as clone) give it a major hack back. I am not telling you what to do, just having a friendly discussion. But if you just let her ride and long veg her she will bust out of the tent. Even scrogged up in bondage.

autos are fun and fast but I really like photos now

Admittedly, I am no auto expert. I’ve only ran them a few times. I prefer to use photos so I can control them better. The autos I ran all went way over my photos. They took a long time to finish flowering. I lurk in a lot of threads reading, it seems to be a common thread on autos. Taking a long time to finish. I would say it’s a safe bet but that auto could take longer to finish flower than the photo. Like if they happen to start flowering together on the same day. Honestly, there’s no wrong way to grow. As long as you end up with buds. Happy growing.

I think the original purpose for autos was for outdoor. So they would flower before the rains or frost in higher latitudes. Outdoor growers all have the long veg. unless they use light deprivation. Inside I feel autos are just a novelty. But I admit my bias. 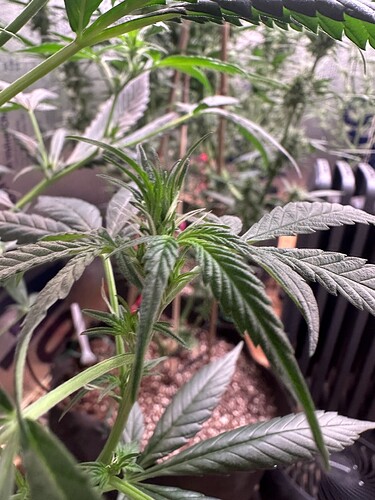 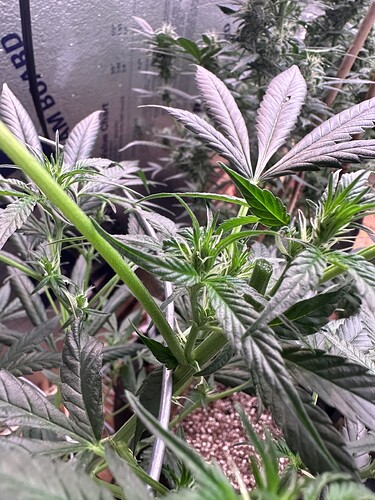 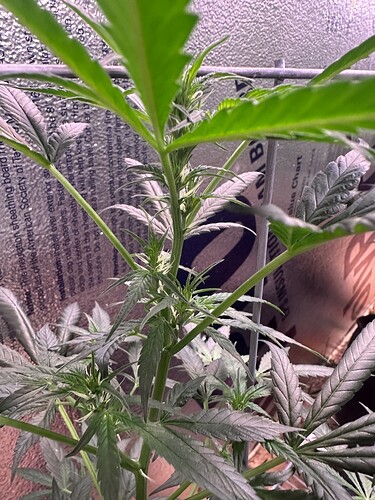 I have a Lemmon Drop Haze photo in with my Autos that’s doing same thing. Now granted they both 12 weeks old. Prob going to chop autos in 2 weeks. Any thoughts on what I should do with this gal. Lights been on 24/7 for 12 weeks. 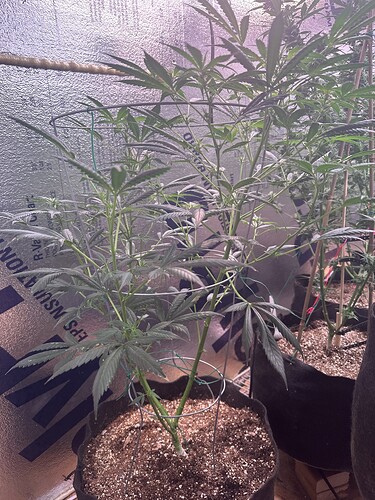 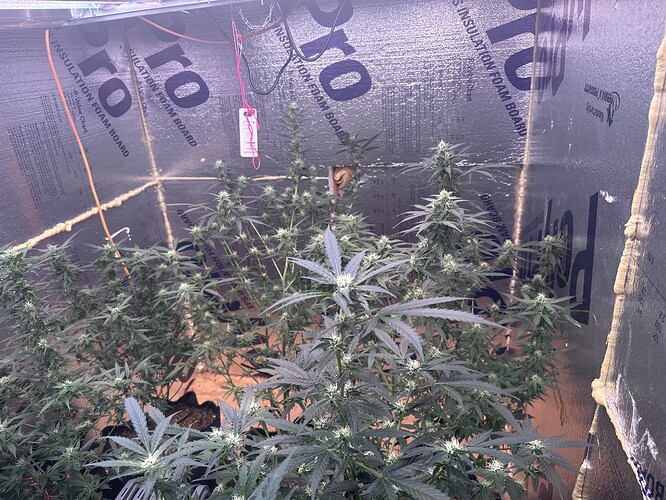 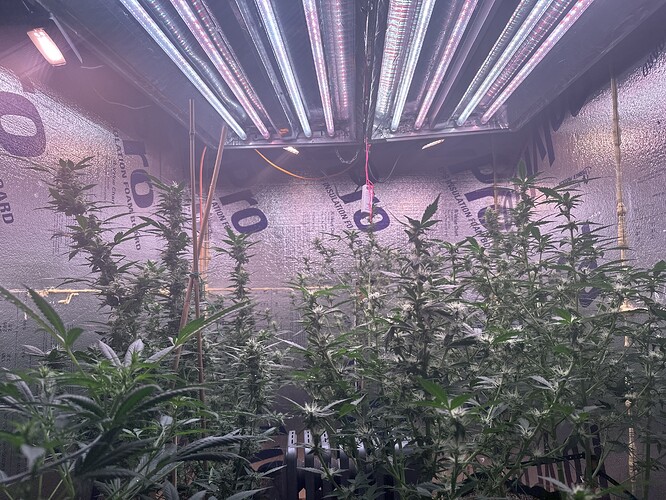 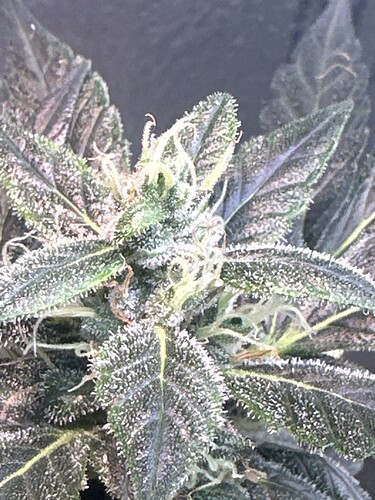 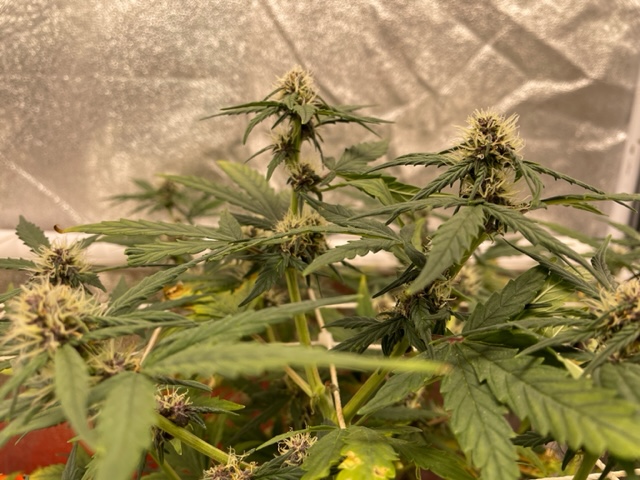 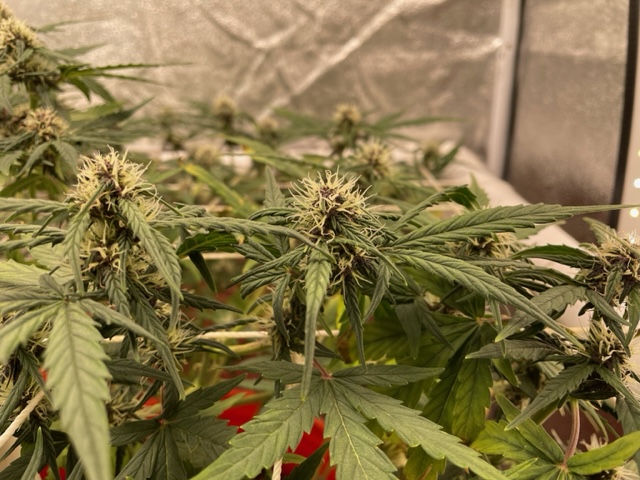 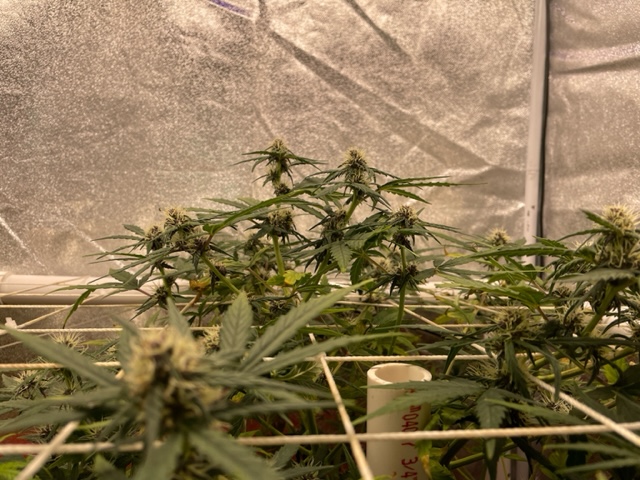 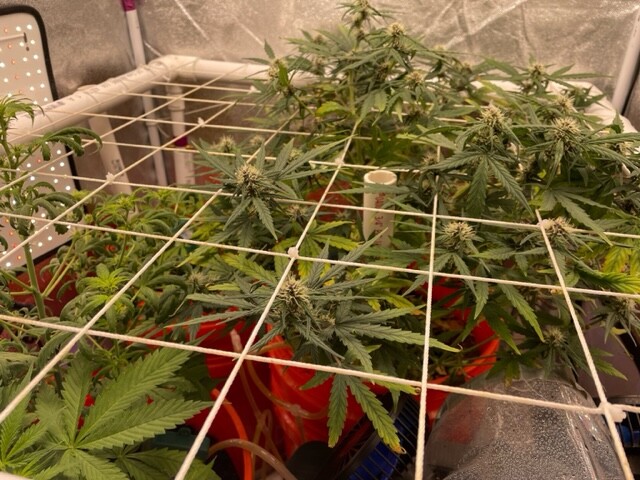 THANK YOU FOR YOUR HELP AND INPUT…|

, looking good! I love the colors. I’ll be checking back here frequently. Lookin forward to see them mature!

Hey…what else am I gonna do? …just sit here and watch em grow?..