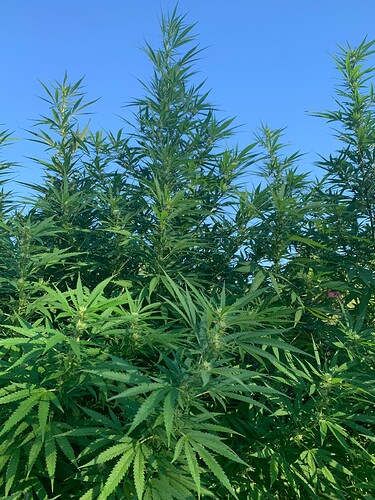 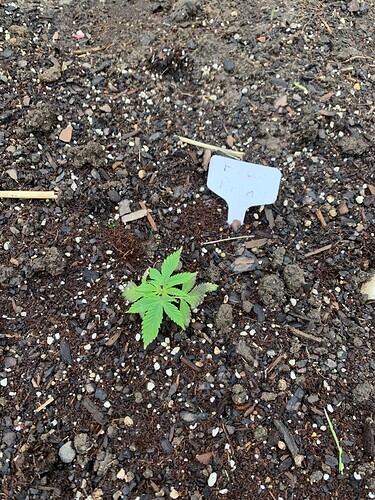 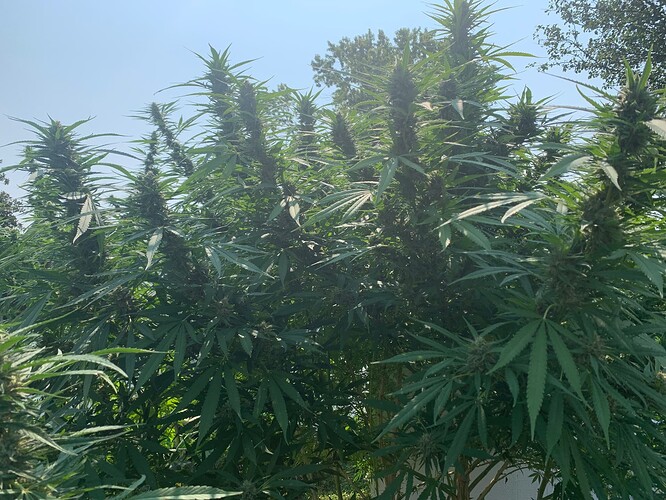 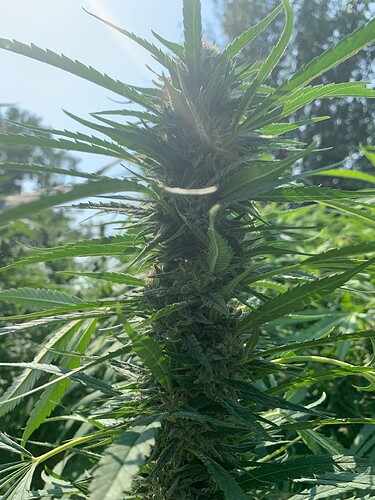 You got it. BD is sativa heavy, means a longer flowering and even longer til buds are totally ripe. She’s a beauty though!

Hey Graysin, long time no pictures so, tell me what you think of Jack Herer Auto in her 8th week of flower, please. And of course any advice is ALWAYS appreciated 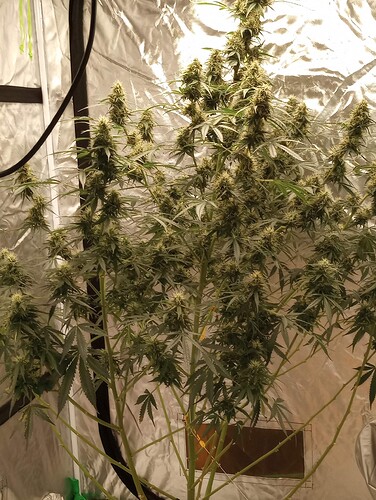 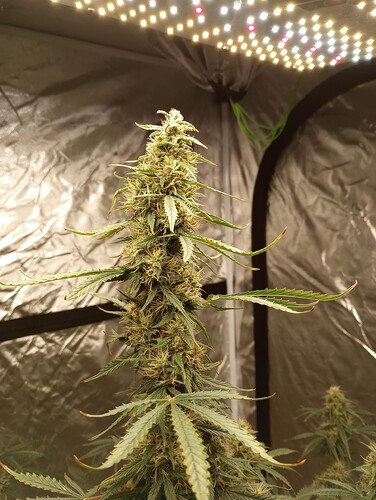 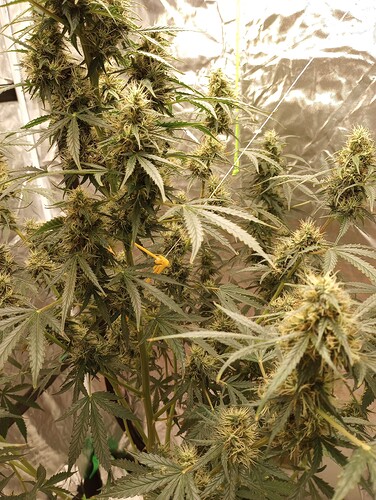 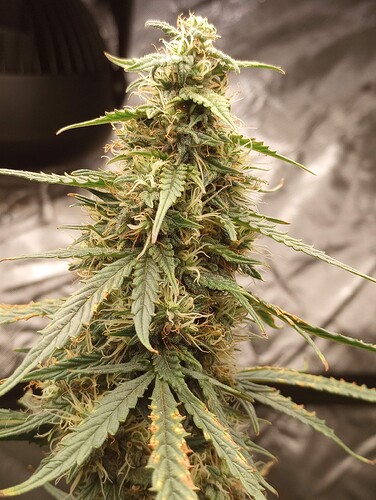 She looks excellent. Probably a few weeks to go if she’s anything like my Jack herer. Look how far you’ve come!

Glad the yo-yos are working well. They’re my go to tool.

OMG! You’re being serious, coming from you that means so much to me

I am grateful to have a mentor like you

Hell, I still go back to your instructions for when I germinate a seed

Still so much to learn, how long before it feels more like a learning “curve”?

When you have some time, would you mind explaining ppm’s to me? I’ve read myself into total confusion

And thank you so much for the compliment

how long before it feels more like a learning “curve”?

When you have some time, would you mind explaining ppm’s to me? I’ve read myself into total confusion

PPMs are just the amount of anything that is present in your water supply. It’s not any one thing, which is why people suggest to start with a low-ppm water like filtered tap, reverse osmosis or distilled water. If there’s 0-100 PPMs (very few parts per million), then you know you’re starting with an essentially neutral baseline before you add anything to it.

I think of it kind of like starting to bake a cake with a dirty bowl. If my bowl is dirty (there’s already PPMs in my water), then as I add ingredients to the bowl, I can be pretty sure I know there’s flour and eggs and sugar, but I’m not totally sure the ratios are correct, and that there’s not already something that was in the bowl before I started mixing (old cake mix with flour clumps at the bottom). Being unsure of what was already in the bowl means that I can’t bake my cake with absolute confidence the chemistry is going to be right - too much flour could make my cake heavy, too much butter might make it oily, etc etc etc. The only way to know if the preexisting crap in my bowl will hurt my cake’s outcome is to gamble it and mix in the dirty bowl, or just start with a nice clean bowl (purified water with no or low PPMs).

That was a terrible analogy but most tap water has an excess of chlorine or chloramine. Add in “other unknown stuff” and you creep closer and closer to “is my nutrient mix going to be right?” Even if you mix to a T, if there’s preexisting crap in the water, your ratios could be off.

As far as PPMs from a growth and stages of growth standpoint, there’s a target amount of feed to supply your plant to provide her optimal nutrient without overdoing it. Generally, assuming a baseline of 0 PPMs, you want to aim for 500-800 PPMs during the veg phase and around 600-1200 PPMs during the flower phase. That will vary some depending on your particular plant - I had one who liked around 2600 PPMs. Otherworldly. But that’s a baseline to operate from.

Last point about your PPMs is a couple basics:
There are 3 different “ppm” scales, which are the 500, 700, and EC scales. We deal almost exclusively in the 500 scale on the forum, so those are the numbers I’m communicating when I talk about PPMs.
TDS and PPM are nearly interchangeable - Tds stands for “tidal dissolved solids” while ppm is “parts per million” - EC is electrical conductivity, and is a similar but different measurement. I don’t understand it that well, so I won’t attempt to explain it. Just know that EC is another form of measuring how much stuff is in your water. 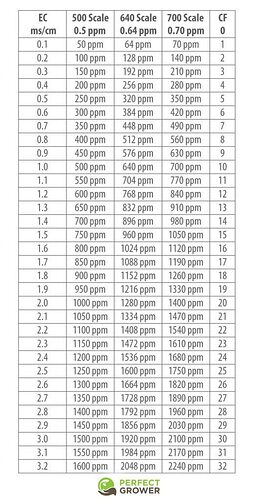 And lastly, if you’re aiming for 800ppms but you have 200 PPMs in your tap water, don’t count the tap water PPMs -
Target = 800
Water = 200
Add feed so the total PPMs read 1000. This is because your 200 is known before you add nutes but you probably have know idea what is in the tap water - so add the total amount of nutes you’d add if you were using distilled/RO/whatever.

Also as an aside, despite my general sentiment about tap water = bad unknown, I do like using tap water from time to time, because my tap water very likely contains micronutrients that I don’t otherwise supply to my plant.

And thank you so much for the compliment

you worked hard to get here.

Was the Jack Herer you grew a heavy feeder? How long did she flower? Have you ever used baking soda to help stabilize PH?

Was the Jack Herer you grew a heavy feeder?

Not at all. To be honest I germinated her and kind of ignored her for 16 weeks and bam, I had some bud.

How long did she flower?

I think she must have flowered for about 10 weeks, but I truly don’t know. I germinated and grew her on 12/12, so it’s a shot in the dark.

Have you ever used baking soda to help stabilize PH?

I have but I really don’t suggest it in the long run. A little baking soda here and there is fine but chemically, it’s sodium bicarbonate. When it breaks down, it becomes sodium and carbon dioxide - the CO2 is good for your plant but the sodium is toxic. It would take quite a bit to get to the point where it would cause real harm, but if you’re adjusting your pH up every day or two, you’d get there pretty easily.

I suggest potassium silicate (liquid silica supplements) or pH Up instead.

How do I fix a leaking Uniseal or 4. All of them are leaking and I don’t know how to make them stop

Leaking? Only reason they’d be leaking is a crack in your plastic or damage somewhere. I actually did manage to achieve this in my 5gal buckets by moving my buckets around too much - didn’t realize how much pressure I was putting on the plastic.

No cracks or damage, but I do lean on them. I had no idea I would have to be that careful just bumping into one. I hope I haven’t screwed myself

No worries, I used Gorilla duct tape to seal up my leaky buckets. I actually have a leak in my reservoir rn I discovered this morning. I honestly just left it with a bucket under it, I had to scoot my ass outta town. I’m planning to drain it, clean it, and reinforce it with some PVC glue until I can get a replacement.

Well I can certainly do that

Thanks again Graysin and be safe traveling

Does the area have to be completely dry in order to use Gorilla duct tape? Probably dumb question, but I had to ask

So basically, I’m going to have to take down everything because it’s leaking from every place including the bulkheads - that fucking sucks!!! 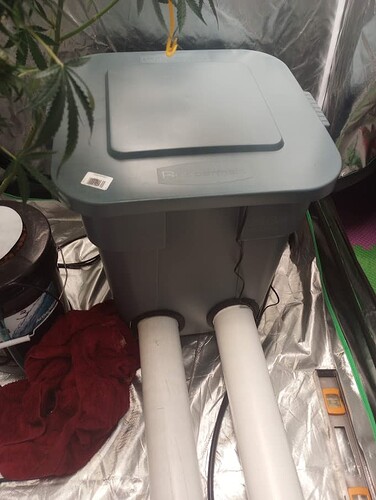 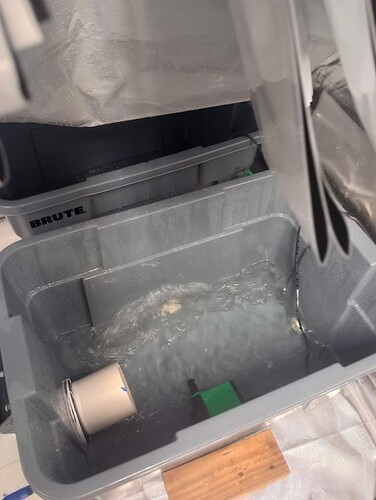 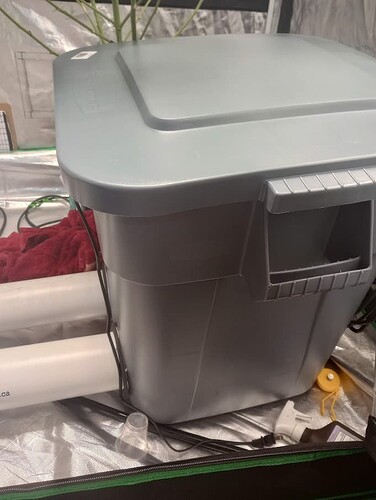 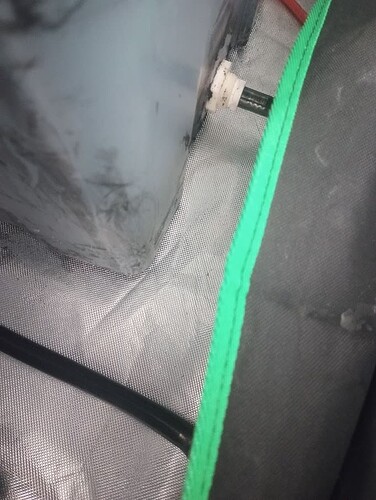 Confused where the leaks would be getting out - did you use a hole saw to cut your punch outs for the bulkheads and the uniseals? Jagged edges may be the culprit.

yes hole saw yes bulkheads yes uniseals
we sanded down all the jags, not smooth as silk, but nothing was sticking out
the leaks are between uniseals and PVC