Anyone here use the bong attachment for the pax vape? If so, does it make that much of a difference?

@HeyJB, how do you like your Pax3?
I used to have a Firefly2 and loved it. Completely wore it out in a couple years. My wife bought me a Firefly2+ for Christmas, and this thing sucks. If I turn it up enough to get a descent hit it causes the material to combust.
The people that founded Firefly sold out to an Asian Company a while back, and the quality of the product that they developed has gone downhill since. Cannot get them to reply to my emails requesting a warranty claim, or get anywhere with a phone call. I am not surprised that my reviews never are posted on their website either. Stay away from this company and products!

I’ve been using the Pax for 3 years now. One wore out and the company sent me a new one without a whole lot of hassle. They’re not cheap, but they work very well and the warranty so far has held up. Never combusting even at its highest setting.

I wish that, I knew that she was getting me a vape for Christmas. I would had requested the Pax. She paid $280 for this POS, and the only good thing I can say about it is, that it is OK with concentrates.
I have not seen much discussion about Pax or vapes here.

I keep hearing more and more about them and it’s polarized.

I don’t know if know is the time to try one or not; the thought of dropping 300 in something that doesn’t work gives me insane heartburn.

The Pax is probably (havent checked this) the best portable vape out there. It vapes leaf and concentrate. I vape around a 1/4 oz a week thru mine and it took 3 years to wear out the first one. It connects to your phone for even more customization of the heat settings.

Thats what this delivers. After vaping I just about dont smoke at all cause the flavor of the terpenes is unreal. Just not the same.

Don’t take me wrong here. I had bought a couple cheap flower vaporizers before stepping up to the Firefly2. The flavors and buzz that this thing gave was great. Also it can stretch your stash out twice as much as smoking it. If you cannot grow your own weed a vaporizer like a Pax will paid for itself.
My problem is with the founders of Firefly who claimed that they developed their product because of the love for vaporizers and its much healthier. But they ended up selling out for the dollars. Since my wife was unaware of the changes with Firefly, and had confidence in their product. We ended up being screwed over by another foreign company.
I can only hope that one of the original founders will read this!
There seems to be two different vape worlds out there, and they are very different. One is flower vaporizers and this is more the topic of the day. The other is the oils and dabbing concentrates. The oil pens and cartridges can be much cheaper. In my state you can find the delta8 crap made from hemp everywhere. I will admit it does taste very good, gives you a buzz for a short time.

Agreed. Since I got a Pax I have not smoked herb, and that is just kinda crazy to say out loud!
Much better flavor, effects, and pretty covert for taking drags on the porch at night.I dont stink going back inside. And much lower carcinogenic risk over combustion methods.
I did not know there was a bong attachment for the Pax but dear goddess would that be a trip!

Is this what we are taking about? 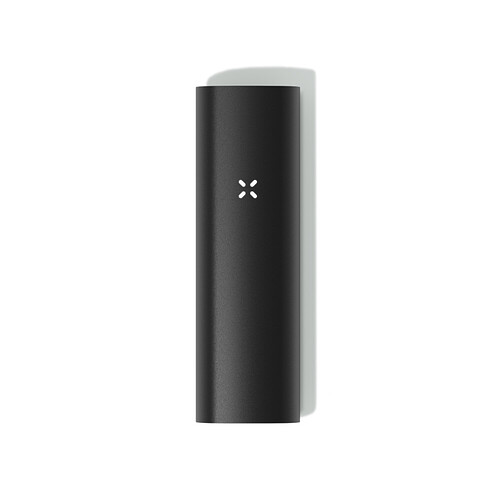 Get the most out of your flower without the harmful byproducts of smoke.

Yep, that’s the one. Here’s how i see it being used with the bong attachment. Pretty cool. Might get one ordered today. 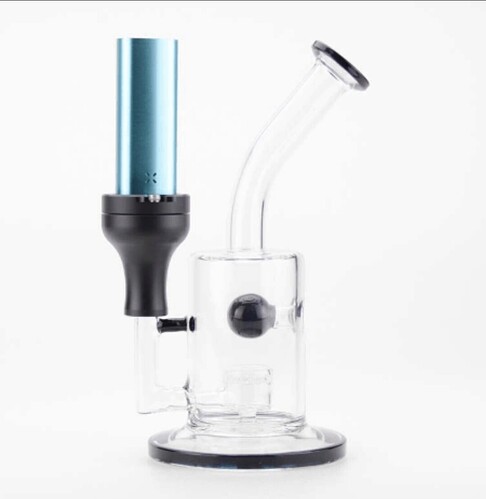 I used to love a bong. But the wife hated the smell and messy bong water. I found it hard to argue with her point on this. Be sure to let us know how you like it.
How is the Pax about needing to clean it? The Firefly almost needed to be cleaned after about 4 or 5 times. Some say after each use, could never clean it that much. It had lots of sticky clear looking residue that requires a lot of alcohol and alcohol wipes to clean.

Depending on how wet the herb, I can go weeks without cleaning it. They have these pods you can use that allow you to preload which makes it super fast to reload and keeps it even cleaner longer. I guess the reason I ask about the bong feature in the first place is that the vape is already smooth compared to smoke, so how does it affect the use? I’m going to get the adapter and give it a try. I’ve been wanting to get a large vape like a volcano but the price has me thinking of this adapter first. But does it get you the same rip as the volcano? This is where I start to have doubts.

For those of you that have not given up on torching your weed. Here is something that I do at times. I have been wanting to share this for awhile now. The flameless ignition source of this technique results in a cross between burning a bowl and vaping. This increases the taste and the buzz quite a bit.
Start with a clean glass bowl and two stainless steel disk type screens. Place one screen in the bowl, and then load it with your weed. 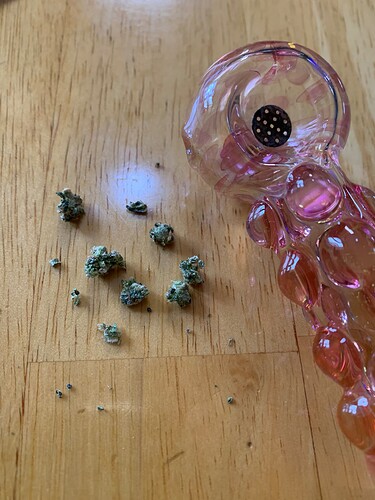 image1920×2560 344 KB
Next using a torch type and holding the second disk with hemostats. Heat the disk until cherry red. The quickly drop it on top of the weed in the bowl, and hit it ASAP. 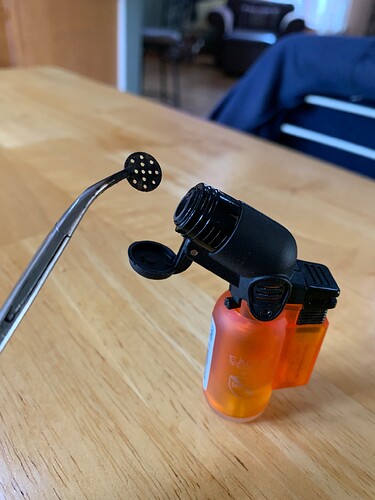 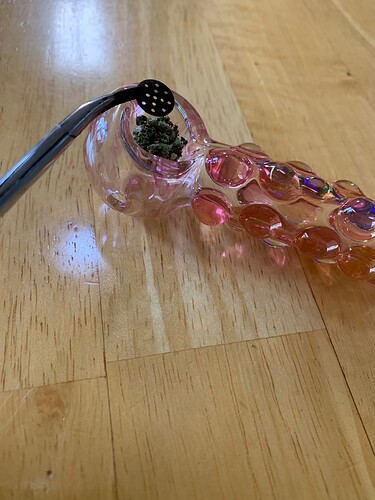 image1920×2560 307 KB
Of course be careful and don’t burn yourself, and you may want to do this on a metal tray to protect your furniture.
Two people can make this technique easier. I find it fun to do this with the wife, and she agrees that it gives her a better buzz.
HeyJB September 7, 2022, 9:27pm #16

Two people can make this technique easier. I find it fun to do this with the wife, and she agrees that it gives her a better buzz.

Damn man this aint progress when it takes two people to get high!

That reminds me of using the old type car cigarette lighter and dropping hash into it and hit it as it ingites. Only problem is how easy it is to brand yourself with concentric cirles on the tip of your nose! Damn that burnes!!! LOL

I miss those old car lighters. Mine never smelled like it was used for cigarettes. It was used to light so many joints, and cooking roaches. If someone used it to light a cigarette they would get a good hit of weed from the lighter.
My old 97 ElectaGlide has an old style cigarette lighter in the lower fairing. When I found that it was possible to hit my pinch hitter from the saddle using this lighter. The long rides to Bike Week became much better.
OK, one more old story and then I will stop, I promise.
In the late 70s I made a trip to Florida to pick up my nephew, when that state set him free from prison. When we were coming up I95 through Georgia in my pickup.
He asked “Hey, Uncle please tell me you have a joint”
“Sorry, I don’t have any weed, all I have is a bunch of small roaches in the ashtray”, I said.
My nephew asked, “Do you have any rolling papers”?
“Sure do”, I replied
“Let me show you something I learned in jail” he said.
He remove the liner from from his cigarette pack, and separated the foil from the paper part of the liner. He put all of the roaches in the foil, and formed a ball with the foil on the outside. He heated this ball slightly with a Bic lighter while pressing it together tighter. Then he removed the foil from the ball, and wrapped a couple rolling papers around the ball, leaving two twisted paper tails. While holding the ball by one tail with a clip, then he lit the other tail with the lighter. This thing burnt slowly from one end to the other for about 5 minutes. While we took turns huffing the smoke off this. The next few hours of the trip was much more enjoyable.