Been researching and saving for almost a year now. Getting close to being able to afford it all. I’m going with a 4X4 tent for 9 autos.
Been watching hella vids like LED Depot reviews and Mr. Canucks grow.
My light options I’m considering are as follow.
Black dog phytomax2-600.
It looks like one of the best led companies around. But it’s 1500$ and I was shooting for sub 1000$
Next is the
Enlite sundisk 600.
I really like the design and look. And you can use as few or many lights as you wish by turning them on and off individually. But if I remember correctly it doesn’t have UV spectrum.
Next is
The HLG 260w xl kit. I would get two. Or just the hlg 600 kit. I really like this thin design and ability to tinker and change stuff.
Finally
Electric sky 300.
Seen videos with great reviews. But again. Two of those would be 1400$
Any and all opinions on these, or recommendations for others will be appreciated

Soo many choices for lights.
I’m not familiar with the Enlite or the Electric sky but I do run some HLG fixtures and love them. I’m sure the 260 fixtures would grow you some nice ladies. The HLG 260 doesn’t have UV either just FYI but you can get the R-Spec option for more red for flowering plumpness.

Good luck on your choice as great lights are critical for bigger success!

we are 4 posts in and nobody has tagged @dbrn32 yet! Wtf is going on lol

Looks like you got some really good feedback from the others. I hadn’t seen the enlight until now, doesn’t look too bad. In my opinion, the black dog lights don’t even belong in same category as the others. The efficacy is just too low. Dollar for umol going with two 260xl kits is by far your best option of those mentioned. 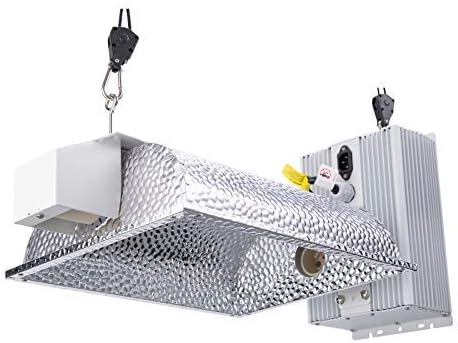 I just got the hlg 600 with the mean well driver. It was a breeze to assemble. Mine came with a petionometer already installed from the shop I ordered from. Simple ti wire and the thing is super bright I feel that my plants are loving it already. Runs warm to the touch but with a exhaust fan i am able to keep my 5x5 tent under 80 degrees right now she is running at half power and tent is a stable 77 degrees.

I’ve seen this light posted before @Hogmaster and I will need a light to cover a 4x4 1/2 side of the tent. What I was wondering is about any heat issues with this as compared to LED I’m using now which is the HLG 600h or the Photoboost strip builds I have.
During summer even in my basement with central Air I’m on the edge for heat in one tent with the 2 HLG 600h but some room for a little more heat in the other tent with the Photo boost builds but then again the Photo boost builds only on 1/2 of the 4 1/2 x8 tent with a cob covering the other half as of now with small clones in veg. On that side

So far I’m absolutely in love with my plc photo Boost build.
The plants are too.
It does run hot. Much hotter than my hlg 260build.

I haven’t had experience with the hlg r-spec stuff, but if I had the money right now I’d ditch my hlg qbs, my citi cobs and all my bridgelux strips and go with all plc.

I’ve had many cultivating friends tell me I’m crazy, and that I should be using cmh… @dbrn32. Seriously, is there a spectral improvement with cmh, or just efficacy.

Thanks for the feedback
So the 630w chm will cover a 4x4 space well without needing a light mover?

Also what lamps would be best…looks like the link doesn’t include bulbs and I would need 2 of them?

A did a product review for a SolisTek 630 CMH… They run too hot for me. The canopy temps raised 15 degrees from ambient. I exhaust outside of the room and induct with 70f air from a portable AC… still could not maintain lower temps. Canopy would get in the high 80’s…

They are good. I cloned their Redwood series on my DIY build

is there a spectral improvement with cmh, or just effica

Really depends on how you’re looking. Hps and higher end leds both higher in photometric efficacy than cmh. LEDs are also higher than cmh in radiometric efficacy, but the only hps light similar to cmh there is gavita pro de.

Cmh is available in 3100k 90cri and 4000k 90cri, both also available in leds. The one thing that cmh would have not attainable by white phosphor coated leds is a little bit of uv. There are a couple of studies that showed uvb light moved thc content up 1%, which was 3-5% gain in thc from test material.

A standard qb rig is running about 2.5 umol/joule, where as cmh 1.7-1.9 umol/joule. If you’re willing to give up 25% increase in efficacy to potentially bump your thc up 1%, then I would say it’s worth looking at. But there’s no correlating data to see any drop due to lower light density levels I’m aware of. So could just as easily be a situation where you’re robbing Peter to pay Paul. I can tell you that my very unprofessional opinion is that once you get anywhere close to a McCree based light spectrum, that I would chase light density levels over slight differences in light spectrum.