Posted this in a different topic but it would make more sense here. 10 days ago added Ripen which I absolutely love to use, the EC went from 1.3 to 4.6 which indicates a lot of the nutes in the plant where leeched out. Yesterday did the final water change with RO water only nothing else. Seem’s ready to go in 2-3 days. Any opinions would be greatly appreciated.

Yep one if u dont do it before u chop throw it in a dark room for 3 days untouched and she will build up alot more for u. 3 solid days. @Nicky can do a full explain on what it will do if u dont already know. Looks good bud. Welcome here.

Never heard of that :o yeah some explanation would be amazing. Always willing to learn more and more, been growing for the past 3 years I have soo much more to learn lol

By putting it into darkness you are shocking the plant into believing the season has come to a close and it desperately needs a mate. Thus it will take all energy within the plant and expend it to the flowers. Which could help fatten them up, but at what cost.

Do you want bigger buds but at the risk of over ripe fruit? It’s hard to see the trichomes from the pictures. I only see darkened hairs, which would tell me you need to be careful your trichomes aren’t becoming too amber dependent on your goals.

If the trichomes are majority amber you have slightly less THC and increased CBN. Which isn’t a bad thing if your goal is to have a relaxing, narcotic type of high that reduces anxiety with “couchlock”.

Be advised I am fairly new, so take my advice as you want.

@Mark0427 hey Mark I had to do some digging, because it’s been a while since I refreshed my memory on this practice but I’m glad you did.
I had believed the 3 days but now I’m going to be doing 2 days, since information has changed.

We know darkness helps produce higher thc concentration, it does this in a couple different ways one of which is light degrades thc but the buds ned light to produce flowers because thc is Sunscreen basically. So by allowing the plant a boost of dark time to grow but not have the thc degraded helps.

On another forum a senior member claims
“The scientific reasoning behind the dark period before harvesting is to allow the starches and sugars to drop to the roots. The less sugars and complex carbohydrates in the flowers, the less time we have to cure for the best flavor. I’ve read 48-72 hours AND you chop in dark. If you allow the plants to see light before chopping after 3 days of darkness, the sugars and starches will rush up the plant to fuel photosynthesis within the plant within two minutes of exposure to light.”

There is also circulation of a study that cannot be found by many who have searched for it, the claim is
" The Stichting Institute of Medical (SIMM), the first company to sell through the pharmacies of Holland, has been investigating the medical possibilities of cannabis, together with TNO laboratories and the University of Leiden.
One of their discoveries has been that to keep the ripe plants in the dark before harvesting could increase their potency. growers separated a crop of mature plants, harvested half of them and kept the other half in absolute darkness for 72 hours before cutting and drying. Analysis of the resulting dried buds showed that some varieties had seen an increase of THC of up to 30%, while CBD and CBN remained the same."

The best current real proof we have is here, although again its not a perfect study and is small scale its combined evidence. 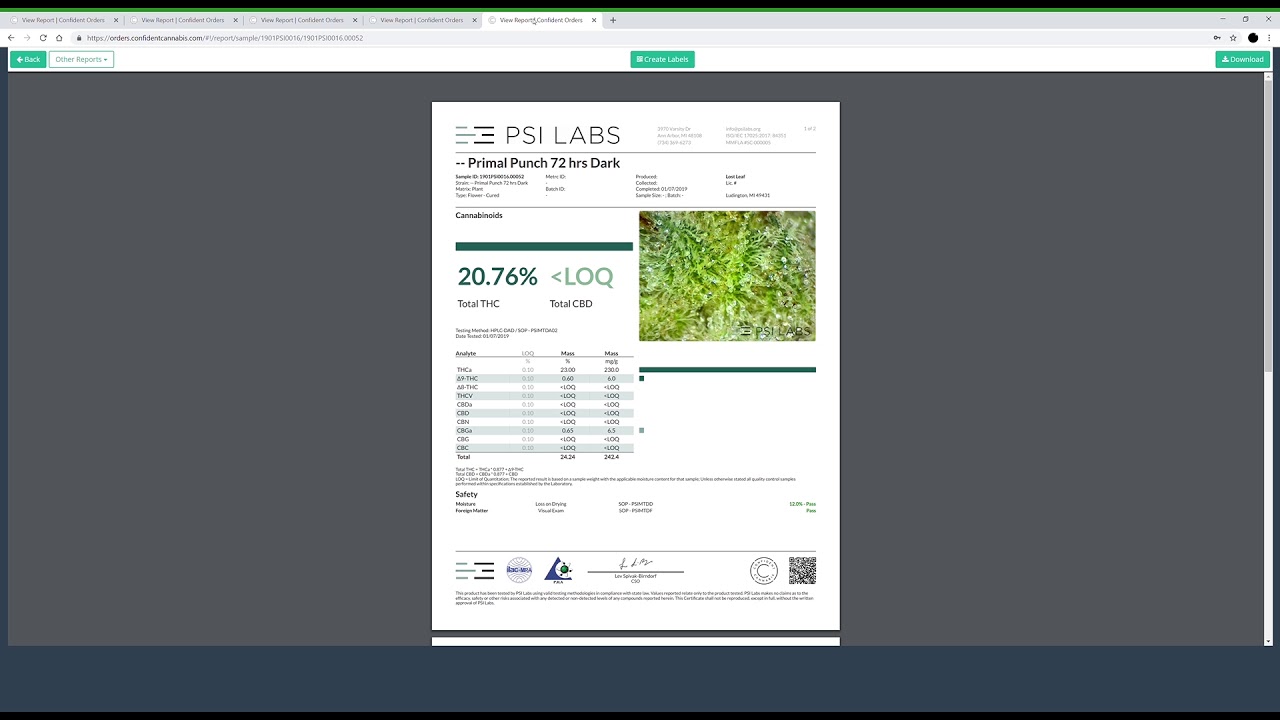 There are also other backyard/ forum experiments that compare no darkness to darkness looking at tricombs, so in general it is agreed darkness helps with potency. Although those that simply do a smoke test often don’t notice a difference but that’s not very scientific.

We know terpenes are highest when a plant is fresh, this is why plants are flash frozen for live resin production etc.

In summary I would suggest 48hr of darkness.

I had tried for the 24 hr. my self. Not being a smoker. I don’t think I can really add any good advise here. It has been a long, long time since I gave mine more than 12 hours before chopping. One down fall to using scrogs

room for 3 days untouched and she will build up alot more for u. 3 solid days.

She’s already foxtailing. You won’t be able to look at the trichomes on the foxtails as they will be clear. I do 48 hours of dark.

Yeah don’t want them to dry out yet.

So finally after around 55 hours of dark I chopped the below most part in complete darkness, thank fuck I didn’t cut my hand lol, then switched on the lights so I can see. It has tons of fat buds but unfortunately a lot of them had mold tucked in the middle so I couldn’t have seen it when growing ughh I had to throw away around 50 grams worth. I believe humidity was high around 67% through most of the grow and I only had 1 fan this time as the other 2 broke down, completely my fault. Anyways still managed to get a decent grow. Funnily enough I didn’t have enough space of the drying racks so had to resort to another idea (which I believe is much more effective). Had to take down one of the nettings in my house and used it as a rack, works wonders and now I just turn the fan directly on them on low speed. Now it’s a waiting game. Room is strictly kept as 45% humidity and temp 24c° hope this will stop any mold. Bought 10 small hygrometers from ali express €2 each and they will be perfect for during curing. What size jars you guys use?

Finished trimming them down, that was bloody tedious work BUT worth the effort. 1.1kg worth or 38.8 ounces in total. Time for curing.