After many moons on this earth, I have come into the cannabis world. Outside of a few times as a teenager, just wasn’t something that was part of my life. After spending years with insomnia and prescriptions that didn’t work, I tried smoking before bed… and it works. Well. Been doing that for about 6 months and enjoying thus far.

I’ve become interested in growing some for myself. But, being in Canada, there are some variables I’m curious on. As many of you know, the weather here in Ontario can be volatile as best. It easily gets above 35 celcius (40+ with the humidity) in the summer. Cannabis plants like warmth but that might be overkill? Also, because of the humidity, we tend to get a lot of rain in short periods of time, another thing that cannabis plants aren’t find of.

So I’m curious to know of some ideas to offset these issues.

I had an idea to build a small greenhouse. Some 2x4’s, make a big box, wrap it in 6mm poly or plexiglass. Make it big enough to cover the 3 plans I want to grow. The idea would be to make it removable … ie. If I see nice weather on the horizon, cam remove it and let it soak in the sun. But we gonna get 20mm of rain in a day? Cover it up

The issue with that is that, where I plan on growing, it won’t be anywhere near electricity so fans or lights or cooking will be impossible.

Anywho. Obviously new and just looking for some randomness to make my mind turn a bit.

Thanks a ton folks:)

Hello my friend and welcome
If you do a shelter like that your plants are gonna cook
I have a 6x8 greenhouse and it easily gets up to 110f when it is 80f outside.
I had temps up to 160f in the 6mill plastic tunnels I built for my garden
I love the green house but you need some serious ventilation
I have some of my roof panels pulled out and covered it with shade screen and that reduced temps by 20f

As @Growit suggests, humidity will be a problem. I suggest a ridge vent and a way to let air in down low.

I’m at a high north latitude and we don’t have any unusual problems. You’ll want an Indica heavy strain. Sativa will not finish in the far north. I’d suggest Northern Lights for your first grow. Very hardy and forgiving.

Do spring for feminized seeds for your first go around. Ultimately, I’m a fan of raising your own seed but I’d get a grow or two under your belt first.

Download the grow bible from this site and read it cover to cover.

Good luck with your new adventure.

Thanks for the responses. Much appreciated

I’ll definitely download the bible. Can’t seem to see it on my mobile device. My home internet is down so I’ll check a bit later.

I figure this is the best time to start growing. Start in a pot for the next 6 weeks or whatnot, then transplant outside… be it into a bigger pot or the ground. Haven’t decided yet.

I’m very excited. It’s a world I never thought I would explore but here I am

@Donaldj, you deal with the northern latitudes too; any suggestions?

My only thought would be to give your plants as much head start as possible and get them started in an indoor setting. This will produce nice vigorous plants that can take off when you get them outside.

I would think that if you are in that humid a climate that you would have trouble doing an outside grow, simply because of the concerns with bud rot. Late flowering plants do well at 30% RH or lower. I’m not saying it can’t be done but some luck is involved too I would think. 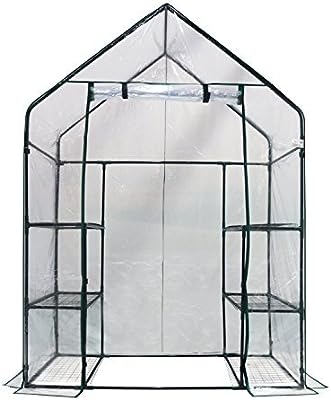 
The shelves are funky but this little gem has withstood windy days rain very cold (for San Diego) and you can pick it up with one hand and move it. It has a door to let in air so no fan needed. Best thing I ever bought.
3 Likes
highcountrygal March 16, 2018, 11:54pm #7

PS I can fit 10 cinder blocks up ended, nicely!

I grow in Northern BC Canada but I grow indoors

We have a short outdoor grow season which if I were to start outside grow I would certainly start my plants this month indoors and likely move to green house mid April early May. Being drier than Ontario in my climate zone I can grow hybrids but would favor NL or a more mold resistant indica strain though Auto flowers may be best option for me since we do get early cold snaps

@Newbtogrow Reading your thread and other replies my question is do you not have the option of growing indoors? With a short window and ventilation issues along with your plan to try having the greenhouse as a mobile grow o.o moving into the sun on other sides of your property. Indoor grow for 3 plants is very much doable in a small to medium space like a closet and you can control the environment really getting the most of your plants avoiding a lot of issues like bugs,pest, not enough sun ect…

Either way I wish you success my nieghbor to the north!

I think the OP mentioned that there was no electricity at his grow area. That could be the issue with indoor.

Not sure how I missed that lol

Too many posts to read lol.

Ha. I should clarify.

I have the option of growing indoors. But, I live in the country and as such, my hydro company is a subsidiary. It’s SO expensive. I currently average $300 A month I’m hydro. More in the summer with the pool and A.C., less in the winter. But that’s the average. That’s why I want to grow outside. I realize a couple of lightbulbs won’t add a TON of cost, the idea behind this would be to a) save some money and b) let the plants grow in a natural habitat.

Where I’m planning on growing, near the back of my property of 850 feet, would be WAY WAY far from any electricity.

It’s definitely not the idea situation/location, given he weather patterns. But I figure it could be worse.

That’s a wise decision because it wouldn’t just be a couple of light bulbs. It’d be 50 watts per square foot, 18 hours a day for 2 or 3 months followed by another couple of months at 12 hours a day. An 8 square foot area would use 7 or 800 kilowatt hours.

I think the suggestion of some autos was s good one. Get a few weeks on them indoors, set them out in the spring and you should be harvested well before frost.

Yeah that would be the plan. I figure if I plant indoors say April 1st … then transplant outdoors on June 1st, I have until mid-september before I’d need to harvest. That’s 8 weeks indoors and 14 weeks outdoors. That’s plenty of lead time for any strain to grow to it’s fullest. Though I don’t know the grow time of ALL strains but if say that most come within that range.

I thought about my greenhouse a bit more. Build it out of 2x2’s. A full frame. Cover mostly with 6mm poly. Bit in 3 sections, use plexiglass that I can adjust open/close for circulation. Again, this would only be used on those “hey, you’re gonna get 20mm of rain in the next 12 hours.” Right then. Cover the babies. Open the windows for air … and they don’t drown. Once the rain is done, remove the greenhouse. I’ll keep it tied down with rope and spikes when in use. The question I have is … How big would it need to be? Assuming at most 5 plants, how much took needed between each plant is required? Id imagine only about 3 feet or so? Height would be just over 6 feet so I can walk comfortably.

If you’re in pots 3 feet is probably ok. If your in the ground … 8 or 10 feet is more like it. Last year I used 4 foot spacing. BIG mistake. 10 feet for me this year. Autos could be closer.

Jesus. I didn’t expect to have to dig and shovel that much lol we have very rocky terrain. I was only planning on digging down a foot or so then planting in mounds about a foot high.

If I were doing this I would plant in pots for mobility. Rather than bring the greenhouse to the plants, take them to the greenhouse. Plants in pots can be rotated, brought out of the weather, treated with chemicals if needed, trained, fussed with etc. If bud rot is a problem and it is where you are, a decent dehumidifier running on them in the darkness would help; don’t know if you have a garage or shed nearby with power. Your biggest risk of failure is mold. If you containerize you can keep the height manageable too.

Seriously: you haven’t seen bud rot yet. It gives most of us nightmares lol.

Yeah, really … 10 feet total. I know, I’d have said the same. I had plants 5 to 6 feet in circumference last year and they were growing into each other like a hedge. Plus you want the air flowing around those puppies once the buds get big and sticky.

I had a similar thought to the above. What if you made a mini greenhouse for each plant? To me, the biggest advantage to a green house is shelter in the fall if your plants are still trying to finish when the weather gets cold.

But then I come back to the autos that far north and think they’d kind of set you up for early success your first year.

Here’s what 4 foot spacing gets you:

So, while it’s a good problem to have, it’s still a problem. 10’ spacing for me from now on.

@my friends. The issue with putting them in pots is mobility. Those freaking pots full of earth are fn heavy and I’m a bitch. Carrying one of those around would wreck my back to no end. I do love the idea of portability. I do. But lm not sure it’s good for me. I will give it some serious thought though.

@phantom. Gotcha. Makes sense. Still, crazy haha. My poor back. All that digging. Having thought about it … I may plant in mounds. Like dig down about a foot, soil it up, then do mounds about another foot. Less digging. Though, again, not sure it’s feasible.