New to this, want to go organic

I am new to indoor growing, I just got a 24X24X55 grow tent and have Blue Dream auto ordered from ILGM. I have organic potting mix, perlite, peat moss, worm castings, Dr Earth’s 2-2-2, and a never ending supply of chicken manure. Suggestions on how I should mix. How often to feed? Organic nutes for flowering?

These should be enough to get started. I had a quick look at Dr. Earth and I think something like 2 cups per cubic foot should be on the conservative side. You can add a heaping helping of worm castings at the same time. You can use the DE for teas too. Worm castings are great in teas too if you wanted to juice up the DE tea (it’d benefit from some molasses added to the tea).

I’m in the perlite is cheap, filler material camp so tend to save it for low value crops. If your potting mix seems overly heavy then mix in a bit but you don’t need to go overboard (also consider the potting mix suspect for being so heavy). Unlike salt based fertilizer you won’t be running tons of waste water so the need for maximum drainage isn’t so important. Other than that it just takes up space that is better filled with compost, minerals or better aeration material. You just need a nice, airy mix not the “pours right through” mixes used with liquid fertilizer.

You can use this if you go the DIY route for soil. If you’ve got the back for it mixing your own and comparing it to bag soil will be an eye opening experience. Search for “coots soil mix” for a time-tested recipe. It’ll be a handy reference even if you decide to go the pre-mix route.

How often to feed?

Besides a weekly-ish tea I do a top dress about a month before flip and a month after. With autos you can’t time it like that but it’s not an exact science. For autos I just do the first one 4-5 weeks from sprout and don’t sweat the timing. Sometimes you need some extra supplementation but it’s not a scheduled thing so you just deal with it as it comes up.

Looks like DE Flower Girl is the counterpart to the all purpose if you want to stay on brand.

and a never ending supply of chicken manure.

Start composting it, it’s far too hot without composting and aging… Probably best to save this for your next grow as you will have enough to deal with your first grow and an alternative purchased fert will keep it simple this time around without the risk of burning…

far too hot without composting and aging

100% agree
I like to give it a year to compost. But it is a fine product after that. Had a crabapple tree in our chicken pen that was glorious and super productive from all the food it got.

I have just started a 2nd tent with organic living soil, so, I am gonna hang around and watch, also.

I would also plan on adding dolomitic lime as a PH buffer and source of calcium.

This is debatable. From Steve Solomon:

You may have read that the acidity or pH of soil should be corrected by liming. I suggest that you forget about pH. Liming to adjust soil pH may be useful in large-scale farming, but is not of concern in an organic garden. In fact, the whole concept of soil pH is controversial.

Unfortunately that source of calcium comes with way too much magnesium. Calcium to magnesium should be 7-9:1 and dolomitic lime is 2-3:1. Unless a soil tests says it needed it probably isn’t. With DIY or bag soil of reasonable quality it’s highly unlikely to be needed. Limestone (calcium carbonate CaCO3) is more generally recommended as the ratio is 5-6:1.

On an individual grow the use of dolomitic lime probably won’t be a problem but some of the real benefits of organic gardening come with soil reuse. While not a problem now repeated applications will usually lead to problems. The commonly cited cons are pretty well summed up in The Non-Toxic Farming Handbook (Wheeler, Ward).

Dolomitic lime (6% Mg minimum) – Also called dolomite…contains a relatively high amount of calcium as well as significant amounts of magnesium. Dolomite is recommended to correct calcium and magnesium deficiencies. Depending upon magnesium levels, dolomitic lime can often cause more harm and trouble… Excess magnesium is often associated with soil stickiness, crusting, compaction, reduced aeration, and releasing nitrogen from the soil pound for pound. It can also cause both phosphorus and potassium deficiencies, lower the availability of calcium, allow organic matter to form aldehydes which kill beneficial soil bacteria and take the place of calcium in plants and soils which causes poor quality crops. Energy levels will usually be lower than high-calcium lime when compared with the soil or plant. This usually is a form of lime to avoid.”

As always get a second or third opinion.

Any medium will run acidic as the grow progresses, taking the root zone out of ideal range where nutrients are soluble. Adding lime to the blend is supposed to offset this tendency. The cool thing with growing is you can do whatever you want though.

Here’s a fantastic video on cannabis: 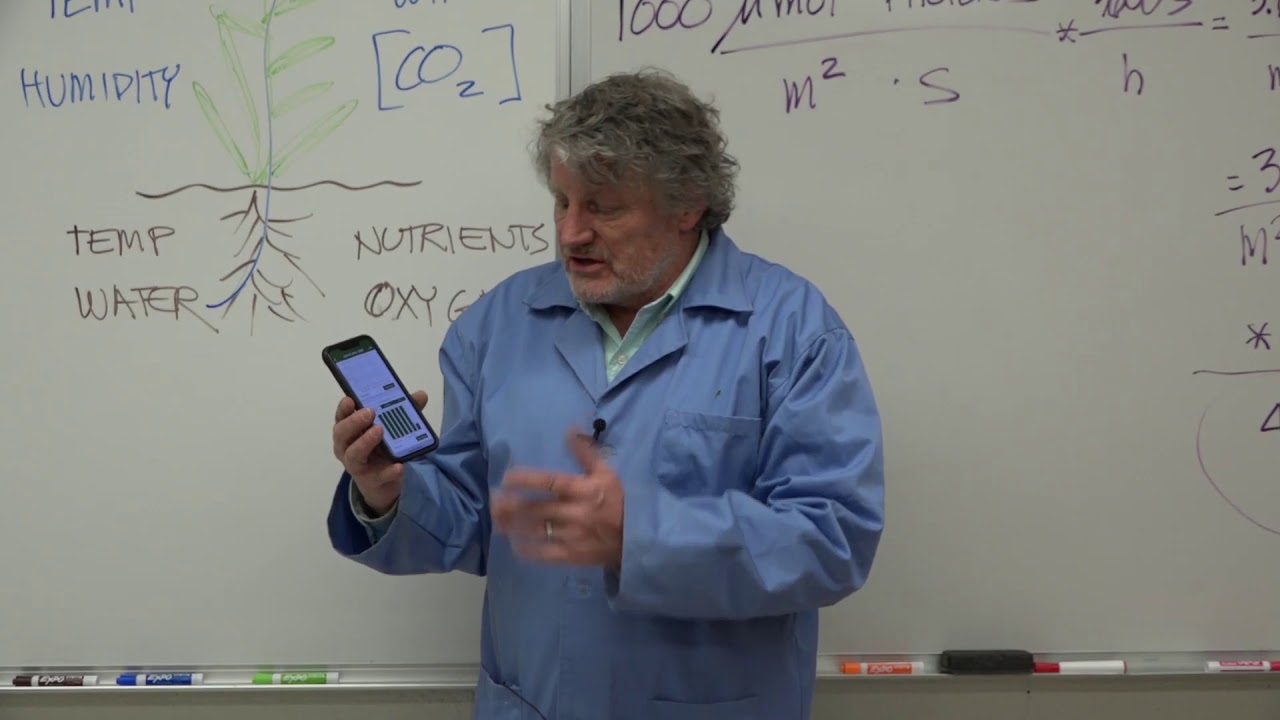 Any medium will run acidic as the grow progresses

I’ve done slurry tests on organic grows before planting and after harvest and pH ranges were high 5s to high 6s. Sometimes the post-harvest pH was .1-2 higher.

Here’s a fantastic video on cannabis:

I’m familiar with Dr. Bugbee but his work is with peat based soilless media and salt based fertilizers. In that case (or soil w/ salt) you need something to keep the pH from tanking and DL works great. The media is also heavily aerated and thoroughly rinsed between uses so accumulation is not an issue. So while effective in that style of growing I’m not sure it’s directly applicable to organic gardening.

The cool thing with growing is you can do whatever you want though.

How about boiling eggshells in the water/tea for the calcium?

Eggshells are mostly calcium carbonate. I’ve never done it but I bet the bokashi or KNF people got you covered.

Organic is awesome and easy!
I use dr earth too! It’s great. I use 4-4-4 pot of gold for veg and 2-8-4 flower girl for flower stage with worm casting.

If you’re using tap water dechlorinate the water for 24 hours with an air stone and ph water between 6-6.8 and same with your soil ph! Keep a close eye on soil ph

Oh and feed every 3-4 weeks

For calcium and ph buffer, you can use ground oyster shells, any feed store should have it as it’s sold as a calcium supplement for laying hens, sometimes labeled as grit, even though legit grit should be something harder like granite so if it the bag says grit read the ingredients…

For plants, it provides calcium plus other micronutrients.

On this subject, check to see what kind of chlorine your city uses (it’s usually available on their water website somewhere) old fashion chlorine would air out as you said overnight, especially with an air stone, but because it aired out so quickly most cities have switched over the chloramines and they are a lot harder to get out of the water, both boiling and aeration don’t work on chloramines, they need to be dropped out with dechlorinators or filtered out with the likes of activated carbon, catalytic carbon or RO…

Great to know! Thanks for the info

There are others here with opposite results.

I’m familiar with Dr. Bugbee but his work is with peat based soilless media

A lot of organic growers through here over the years and this is the first time I’ve seen anything regarding NOT using dolomitic lime when building a soil.

Unfortunately that source of calcium comes with way too much magnesium

I’ve yet to see a Mg excess posted on this forum, nor a C excess. In most cases it’s a deficiency posted.

Adding peroxide is supposed to attach to chlorine molecules and dissipate it away readily. There’s an article floating around here on that subject. Supposed to work on chloramines.

Adding peroxide is supposed to attach to chlorine molecules and dissipate it away readily. There’s an article floating around here on that subject. Supposed to work on chloramines.

Yes, H2O2 should dechlorinate the chloramines, I would let it air out afterward as I don’t believe in this reaction the CL is not bound to anything like it is with regular chlorine/H2O2 reaction that forms table salt… There doesn’t seem to be much out there about H2O2 dechlorination of chloramines besides it working and my chemistry background is too limited to give full details…

What I do know is that in the aquarium hobby when the water treatment plants started to switch to chloramines, most people started to use dedicated aquarium dechlorinators or RO water since it’s harder to get out of the water…

To remove chloramine I use either Vitamin C or steep the water with a little organic matter.

A lot of organic growers through here over the years and this is the first time I’ve seen anything regarding NOT using dolomitic lime when building a soil.

This is why I was letting you know there is debate amongst organic gardeners on the topic. So that next time you can provide better advice. Knowledge starts at the top and it doesn’t get much higher than you.

There is always a debate.