Need some tips on light training, have already started a bit, (and I mean a not to intense take on training),and trimming procedures

She’s about five weeks out for where I want her vegetative stage to be, that would be 60 days total, she’s doing great growing vigorously, I’ve already done some training I’m a newbie and prob would of been better off not doing so but I had already started just out of common sense on trying to get a better yield, so I’m training her but not to hard core, kind of just letting her do her thing and trimming when needed but I do have questions, so when I trim her I’m basically exposing the little guys that can become colas to light and air correct? I have three lines spreading her out I’m wondering if I need to put a fourth one on her? That way the main stems would be out like a cross then? And also is it time for me to start adding nutes? Last but not least lol…when I get her into her flowering stage should I change soil? Right now I am using fox farm happy frog, was wondering if I need to use specific type of soil for the flowering stage. Sorry for all the dumb questions I was told several times by several people on here to give up on her she’s not gonna make it, I didn’t give up and now she’s thriving as best she can for the environment she’s in. So some tips would be lovely hahahaha 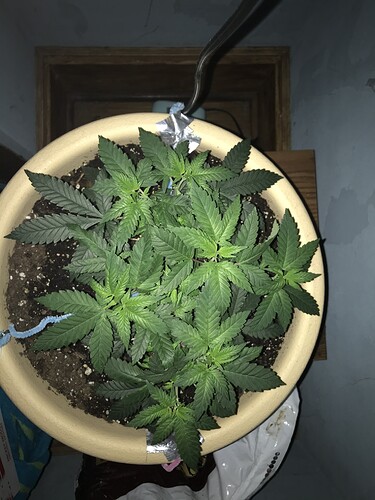 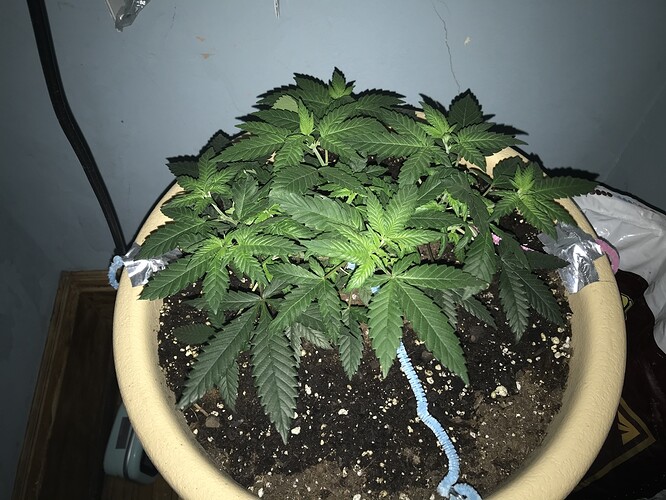 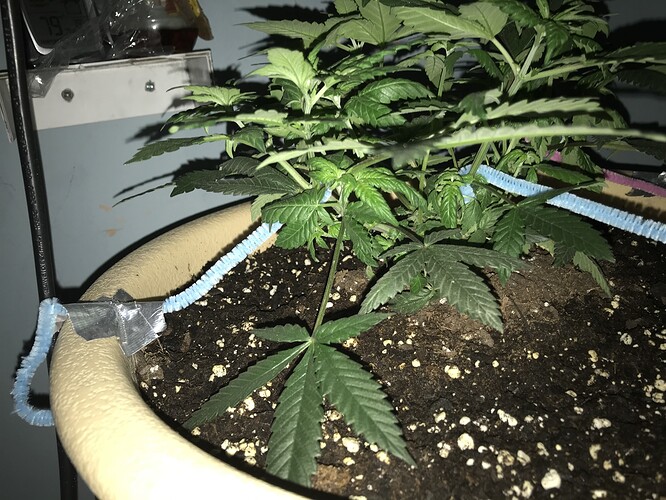 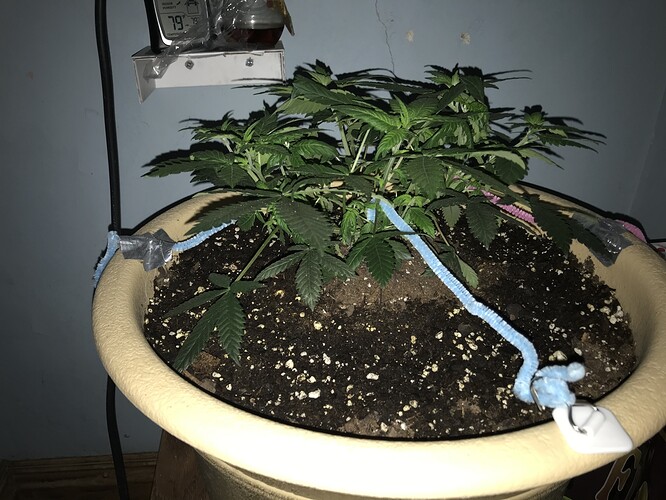 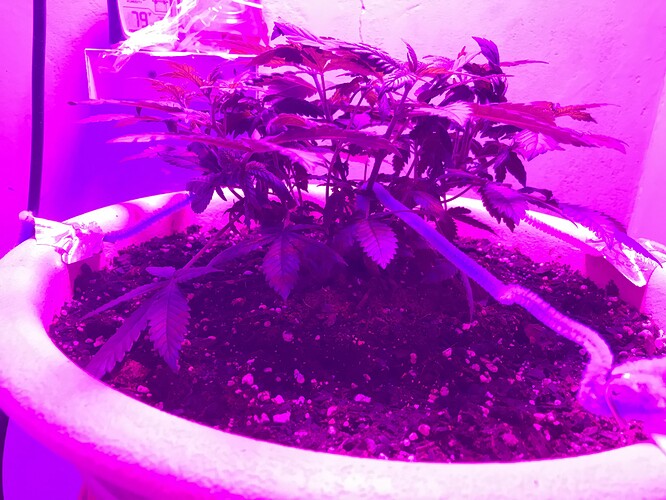 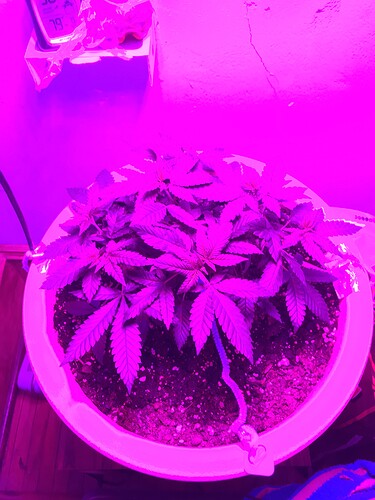 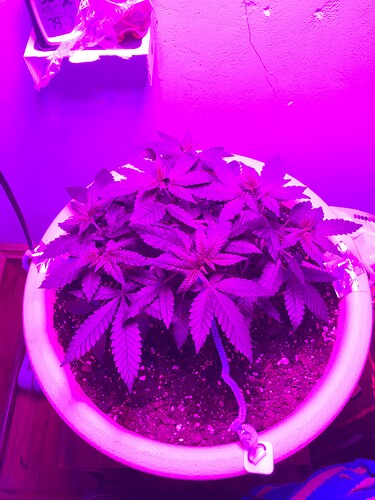 I would move your ties out on the branches a little further the ends are more flexible and you can pull on them more. Other than that it looks good

She looks like she’s getting a little too much nitrogen. You might give her a break from the nutes for a week.

You might consider moving your light up. Those nodes are really close together and she’ll grow up better if she stretches out a bit.

@MidwestGuy so about a couple inches? For the light lol and @MeEasy thanks I’ll do that! No trimming needed right now?

I’m not familiar with your light, but maybe a foot. Make her stretch out some.

I would let it grow a little especially since you’re gonna move the light up let it stretch out. Only exception would be if something is touching the soil or more than one leaf stacked that could hold moisture and possibly cause some mold, but it’s in good shape

@MeEasy
@MidwestGuy
So how does this look? I cleaned up some bottom leafs that were drying up , touching dirt, rose the light up a bit, gave her a fresh warm water spray to relax her as well…I’ve got four lines now so she’s like +. Gonna just let her do her thing from here but do you guys have any more suggestions? 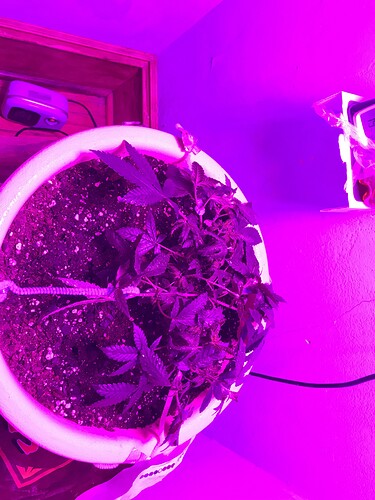 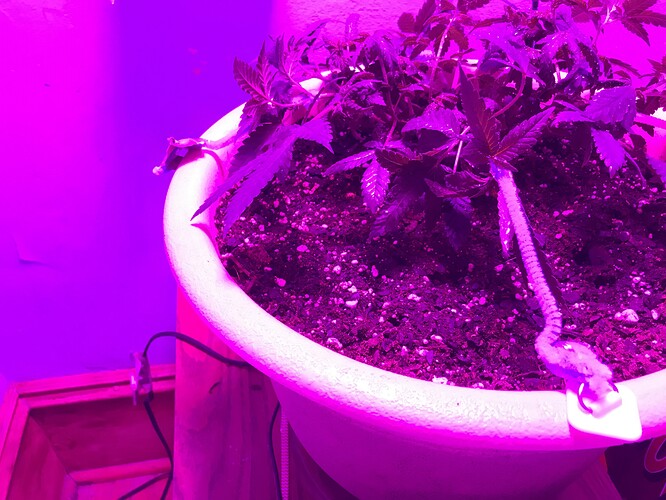 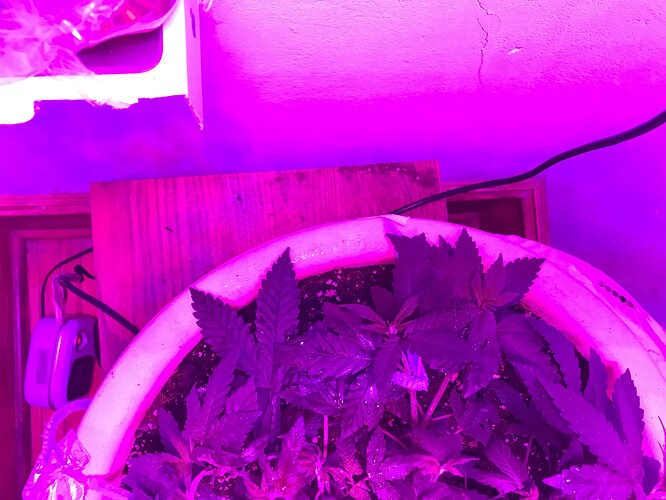 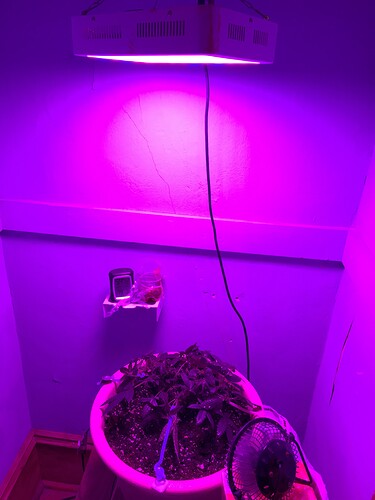 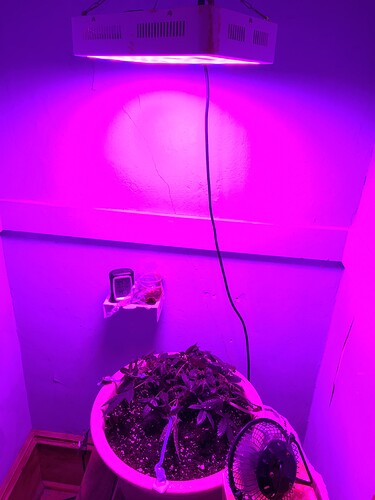 I also am looking for some tips on these girls. Mainly the Bruce banner as its the bushier of the group being low and wide but my GSC extreme is coming up really nicely with really big monster fan leaves like the Bruce banner and my GOG has been shooting too! Day 34 from sprouted seedling
20210225_080626|257x500 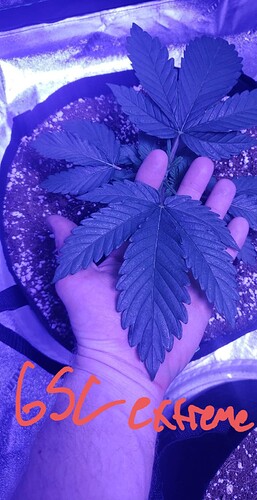 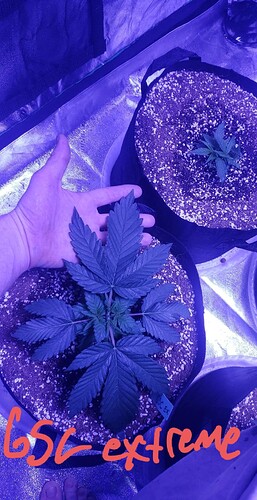 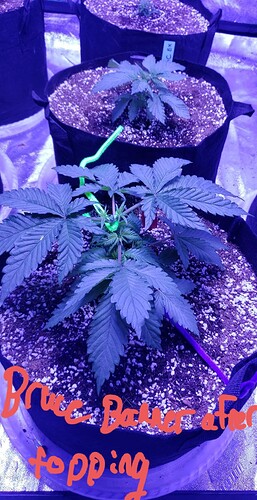 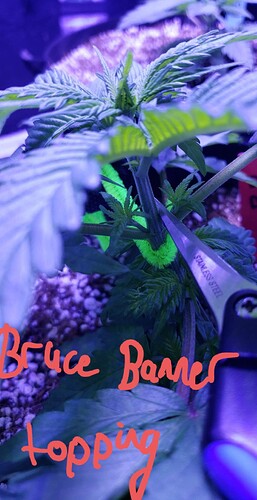 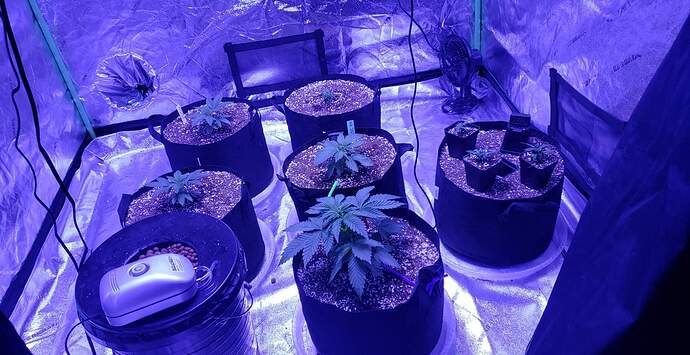 Thinking about taking off 2 big fan leaves per plant to open up more space. The current tent is a 5x5 for my veg and going into a 4ft x 8ft x 72 in tall. My main concern is taking up too much room for these 5 plants and maybe more depending on what I want to do with my clone experiments