Hi there,
Pardon my ignorance, but could someone please help me identify what these might be. They are one 1 or 2 of the plants in my flowering tent. They only seem to be on the stems. The plants were outside for a few weeks while we were away in December, but now have been moved inside. They don’t seem to be moving at all and when I remove one from the stem, it almost looks like an empty shell.
Any help would be greatly appreciated.

Thanx for the replies. A bit more googling, for caterpillar , came up with scale insects. Looks like that’s what they might be.

let us know what kind of bug it is and treatment for them.

How to Get Rid of Scale Insects
Four Methods:
Recognizing Scale Insects and the Damage They Cause
Removing Scales on Houseplants
Reader
Approved
Removing Scales from the Garden
Horticultural Oil Precautions
Scale insects (Hemiptera spp.) are small, about 1/8 inch long, oval and flat. [1] They are members of the “true bug” insect
family, along with bed bugs. These pests can do serious damage to your garden, so if you find them lurking about, it is helpful
to know how to get rid of them.
Method
1
1
Recognizing Scale Insects and the Damage They Cause
Look for adult scales. Scales are usually off-white, tan or brown but can also be other colors. Most of
them have a smooth, flat covering but some may look cottony or fluffy. The adults do not move.
2
Identify ‘crawlers’. The young scales, called crawlers, have legs and will move very slowly, or are blown
by the wind, to a spot on a plant that they like. Crawlers are often not the same color as the adults of the
species. Cottony cushion scales, for example, are off-white but the crawlers are orange.
After the crawlers get to their spot, they will attach to the leaf or stem and eventually lose their legs.
3
Familiarize yourself with what scales do when they get on a plant. When they attach to the plant, they
pierce it with their mouths and suck the plant juices out.
Scales can become a problem for gardeners all over the world. [2] They survive the winters on plant
leaves and stems only to reproduce again when the weather warms and make a meal out of any nearby
garden plant.
4
Spot signs of scale damage. The first symptoms are yellow, falling leaves. Eventually twigs and entire
limbs die and the tree bark cracks and oozes sap. Soft scales will do some damage but they rarely do
enough damage to kill a plant. The most serious problem they cause is honeydew which is a clear, sticky
secretion they leave behind as they feed.
Aphids, small, soft-bodied insects excrete honeydew as well. They are usually green or red, although
they can be nearly any color, and are more mobile than scale insects.
Sooty mold, a fungus, will often grow on the honeydew causing unsightly dark spots on the leaves and
interfering with the plant’s ability to absorb sunlight.
Method
2
Removing Scales on Houseplants
1
Rub the scales off your plant. Scales can attack houseplants, even if they are never put outdoors. They
often go unnoticed at the greenhouse or store where the houseplant is purchased and flourish on the plant
after it is brought home. Remove scales from houseplants by rubbing them off with an old toothbrush, your
thumbnail or a cotton swab dipped in Isopropyl rubbing alcohol. [3]
2
Try using insecticidal soap. Insecticidal soap can also be sprayed on houseplants to kill scales. Mix
about 5 tablespoons of insecticidal soap or a very mild dish soap into 1 gallon (3.8 L) of water. [4] 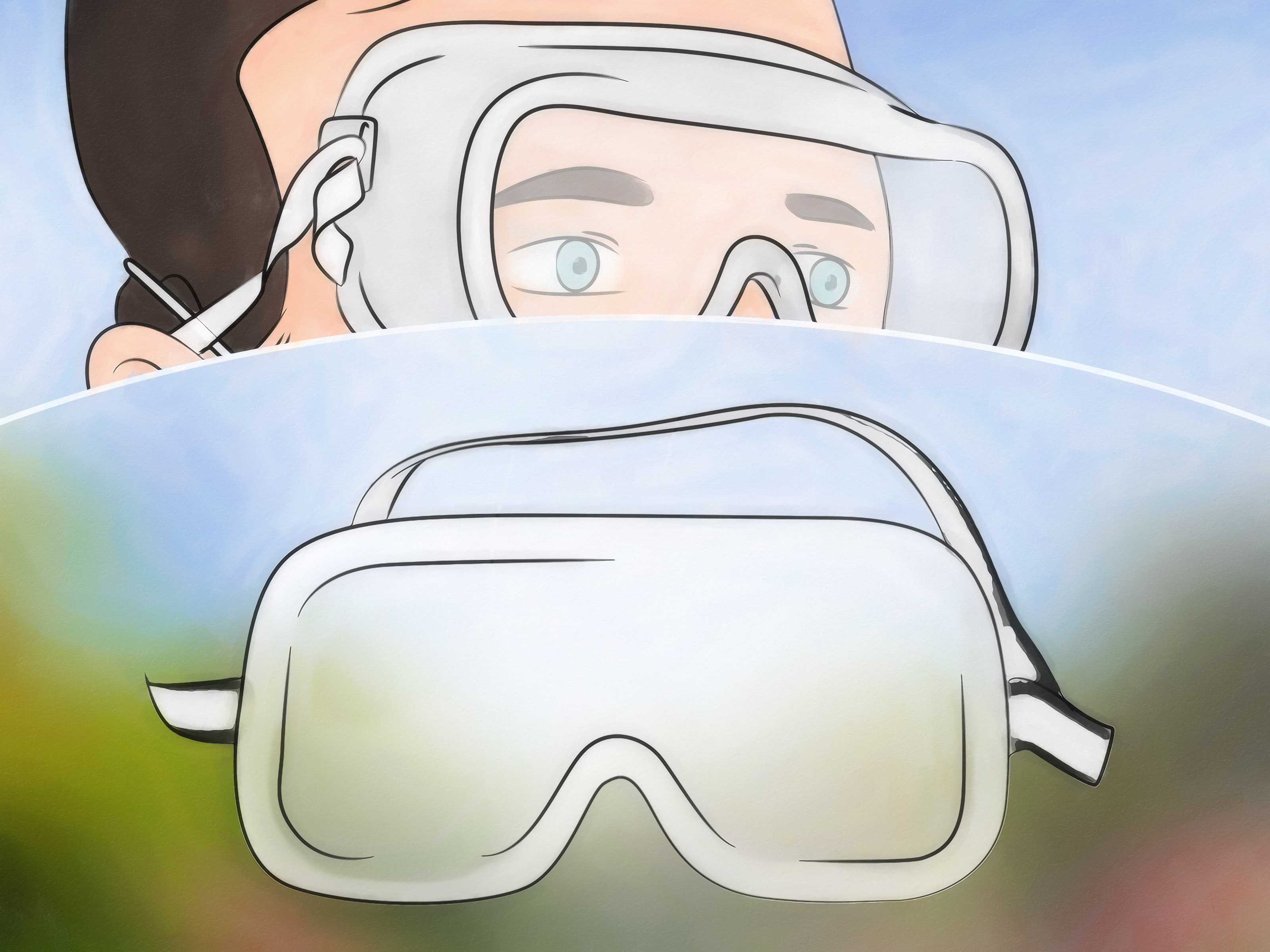 How to Get Rid of Scale Insects


1/42/19/2018
4 Ways to Get Rid of Scale Insects - wikiHow
Pour the soap into a spray bottle and spray the plant, including the undersides of the leaves and stems,
until the soap solution begins to drip. Repeat the treatment every four to seven days until the scales are
gone.
3
Avoid using regular house soap. Do not use laundry soap, automatic dishwasher soap or highly
concentrated dish soap that has additives or antibacterial ingredients. They can damage the plant leaves,
causing discoloration and leaf tissue damage.
Method
3
Removing Scales from the Garden
1
Use the same methods as those used for houseplants when fighting a small-scale attack. Scales are
most prevalent outdoors where they infest all species of trees, shrubs, perennial plants and annual plants.
When the plants are small enough and infestation is not too severe, get rid of the scales in the same way as you
would houseplants. [5]
Scrub the scales off with your nail or an old toothbrush.
Spray the plant with an insecticidal spray every four days or so.
2
Prune away parts of the plant that are infested with scales. When the scale infestation is severe, use
sharp hand pruners or loppers to trim off branches and leaves which hold high concentrations of these
insects.
Make the pruning cut about 1/4-inch above a leaf or at the base of the branch.
Use a garden hose to spray off the pruners or loppers before using them on another plant to remove any
scale insects that may be left on them. [6]
3
Spray the plants with horticultural oil. This is also commonly called summer oil or dormant oil, to kill any
remaining scale insects. Spray the oil on the tops and bottoms of the leaves as well as the stems. There
are various horticultural oil formulas on the market that are all equally good. They are commonly mixed at a rate
of 2 to 4 teaspoons per gallon of water, but this varies. [7]
Read and follow the manufacturer’s recommendations carefully. Shake the spray bottle vigorously to mix
it initially and every few minutes while spraying to keep the oil mixed with the water.
4
Keep the seasons in mind. Spray the plants in early spring to kill any scale insects that have survived the
winter before new growth starts. [8] During the summer, spray the plants for scales in June, July and August
but only if they return after the early spring treatment.
Horticultural oils work by smothering the scale insects that are on the plant when it is sprayed. The
treatment may have to be repeated after a week or two.
Method
4
1
Horticultural Oil Precautions
Test the spray on a leaf or two. Wait 24 to 36 hours to make sure the plants are not sensitive to
horticultural oil. Some plants, like junipers, cedars and Japanese maples can be damaged by oil.
If there does not appear to be bleaching or yellowing on the test leaves, go ahead and spray the whole
plant.

How to Get Rid of Scale Insects


2/42/19/2018
4 Ways to Get Rid of Scale Insects - wikiHow
2 Avoid windy days. Do not spray plants with horticultural oil when it is windy as the oil could drift to other
plants that do not need to be sprayed and damage them.
3 Do not spray plants when the leaves are wet. This is because the oil will not make good contact with the
plant and could be washed off before it kills the scales.
4
Avoid using the oil on humid days. When the relative humidity is 90 percent or higher, horticultural oil
should not be sprayed on plants because it will not evaporate quickly enough. If the temperature is over
100 °F (38 °C), the plant leaves could be damaged.
Alternatively, if the temperature is below 40 °F (4 °C) the oil will not cover uniformly, making it much less
effective.
5
Avoid using the oil on certain plants. The leaves on plants that are stressed or wilting from lack of water
are more likely to be damaged when sprayed with horticultural oil. In addition:
Do not spray oil on young, new plant stems or leaves as it will likely damage them.
Plants that have been treated with sulfur for fungal diseases within the previous 30 days should not be
treated with horticultural oil. [9] The oil could cause a plant-damaging reaction when it comes in contact
with the sulfur.
6
Wear protective glasses when using the oil. Horticultural oil is not very toxic to people or animals but it
can irritate the eyes and skin. [10]
10 Likes
MattyBear February 19, 2018, 4:49pm #7

Good info! Never seen those before, and I hope I never do!

they are a cousin of mealy bugs and well named Barnacle

Thanx all and thanx Donaldj for some handy info!. Some of the symptoms described above are definitely visible on some of the infested plants. Going to have to get some stuff to try prevent that from happening again. Oh well, I guess a slightly earlier harvest for some of them then.
Not all is lost.