I knew it would probably happen eventually, but my first plant just started to flower, the second is still full veg. I could tell my basement smelled a little, but went out and came back an hour later yesterday and could smell it as soon as I opened the front door.

It’s not the end of the world as long as it’s weak, I’m medical and legal to grow but it’s not ideal for everyone who comes in my house to know. I can blame my smoking and having a bunch of weed if it’s a residual scent, but I can’t have my house smelling like the inside of a bag.

So, I’m revamping my grow room. Right now I’m in a 6x3 area in my 8 x 16 room. I’m going to remove the wall shelving from half the room. I’m going to buy styrofoam 4X8 1-1/2 inch sheets from Home depot, the ones with reflective backer on half. Then I’m going to build a floor to ceiling box within my closet with the sheets. I’ll glue it to the cement wall, and screw it into the studs for the other 2 walls. I’ll seal it with that reflective duct tape. For the front wall, I think I will use the 2" thick stuff instead, but essentially the same think and I’ll either frame a real door into it, or make a styrofoam one, and use weather stripping to seal it off. a sheet on the ceiling, and all 4 walls and the ceiling will be sealed styro, and I’ll have a 8’ x 4" sealed room.

I will need to run a vent from my styro room to a basement window. This is where you come in…

I need suggestions on vent fans - power, brands, venting supplies - and how to set this up. I’ll need to cut some kind of hole in the styro for a “return vent” and maybe put a flap over it so when the vent fan isn’t creating negative pressure in the styro room, the vent gets covered by the flap by gravity.

please keep in mind I live in a cold climate. In a couple of months my heating bill is going to jump. I’m a little concerned about a fan that is designed to pump my heated air into the outside, so I want to get by with as little power as possible.

Should I just use the thick 2 inch stuff everywhere? It’s $5 more per sheet.

If you vent the space and achieve a negative pressure I dont think you need anything on the walls.
Insulating it wont make a lot of difference as the air exchange will bring hot/cold air into the space from outside.
A carbon filter setup would probably be a better use of your funds and save your heat from being vented outside. Plus venting the smell outside opens a whole other can of worms.

This is what I would suggest. For my 4x8 tent all I have run it on is setting 2 or 3 to keep my room right where I want it. It also has setting to control humidity and heat. I know the price tag is up there but it’s well worth the investment. I can barely hearing on settings 2 and 3. It does get louder as the fan speed increases. 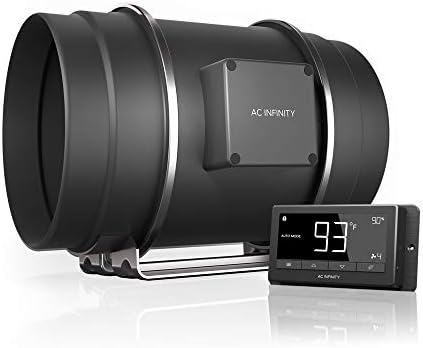 I have an unfinished basement, prior owners have done some stuff in the basement, cabinets, a laundry area, and a 16 ft by 8 ft storage closet or small room in the back corner. This closet/room is made of wood paneling, like old school boards, not a 4x8 sheet.

When I turn my grow lights on and my basement lights off, I can see the closet leaking light all over the place, so obviously air and smells are being exchanged as well.

The insulation will provide a sealed and controlled environment I can create negative pressure in. It would be a never-ending task too try to seal all of the cracks with caulk. I thought about buying a large grow tent instead, but I think this is the route I want to take given how my set-up has already progressed. I know the danger is leaking light into the grow room, but I have my 6 hours off at times I should never be down there so I’m not worried about light leaking in, but this will solve that problem too.

But if a carbon filter will actually scrub the air, I’d rather do that and recirculate basement air than pump air outside, at least Dec-Feb.

I think drywall would be better.
Styrofoam over time would chip, dent, and degrade much faster. Plus you can attach stuff to walls better.
If you decide to grow somewhere else you have a finished closet.
Just my feelings.

Is this on your circulation fan?

I’ve never owned a tent, and just started growing again after 20 years off. Back then we used the master bathroom in out apartment. We had 3 guys living there and we agreed we could get by with 1 bathroom, lol. But the master bathroom had a built in vent fan, and we bought some gel like canisters that really didn’t do much.

The entire apartment smelled, everyone who walked in the front door knew what was going on. I’m trying to avoid that.

It’s not a bad idea. I’m horrible with drywall though. I can patch a small hole effectively, but it would take way too long for me to do the seams for a full room and it always looks unprofessional.

That might not matter though, and the alternative is a fully reflection room.

Now I need to think, maybe you’re right, but I would have to do the construction next to an active grow site and it’s not covered by a tent. The foam will cost $135 or $95 depending on which I use. I think drywall will be twice the cost when it’s said and done (2x4’s are 2-3 times regular price thx Covid-19), and for me about 10 times the work. I would need to build a wall with 2x4’s to section off the 4 foot area.

I’ll work the numbers and think about it.

I just checked bathroom fans as a point of reference - it looks like most are in the 50-150 cfm range.

For bathroom venting, the recommendation is 1 cfm per sq foot of bathroom.

so a 4x8 room is 48 sq inches, so to keep the number 2 small contained in a bathroom the size of my proposed grow room, I would need 1 50 cfm bathroom fan.

It looks like the cheapest standard grow fan is 195 cfm, and I was worried it would be way underpowered, but now I’m thinking it may be just fine, maybe I should spend the extra to get a variable speed one so I can turn it down to the bare minimum when it gets cold, or I can pop one of those carbon filters on as recommended itt and recirculate within my basement…

Maybe all you need is to line the room with Panda Film.
Would block the light and give you the reflectivity.
Just staple it up…example below. might find a better buy with some research.

(post withdrawn by author, will be automatically deleted in 72 hours unless flagged)

This is a great idea, I was looking for something like this for my floor anyway.

I just bought this, the 50 foot version.

Is the price good or should I shop around? Did you link that product because you know it to be good, and did you just randomly link a sheet that would do the job?

The 25 x 10 sheet was $43, and the 50 foot was just $12 more, and I am sure this is stuff I will like having extra of. Superficial search indicates this is a very good price, but I really don’t know.

It looks like 6 mil is standard for heavy duty tarps / gardeners sheets and an upgrade to anything thicker will be cost prohibitive.

Any recommendations for cheap duct tape that I can trust to seal me up to an airtight tent/room?

look for White Gaffers Tape
Made to tape down cords and such, Much better than duct tape

I found this stuff the other day and thinkin about buying some myself, but can’t decide between staying in the closet or buying a tent 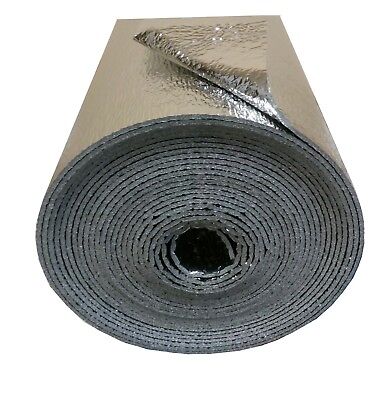 The white reflective material that Spidey-Normal linked should be almost as good as Mylar for reflection, but it’s much less expensive. I couldn’t afford to do my 8 x 4 room with that stuff.

Man that gaffers tape isn’t cheap. But I need an airtight seal.

This stuff is better than Gorilla Tape? Because it looks like it costs more.

I got a 2 pack of self adhesive 7 foot zippers which will solve my door issue better than a panel of stryofoam. I guess I will make a triangle entry.

Thanks a lot for the suggestion, I think this will work great, I’ll save a couple bucks, and have some left over material.

Maybe I should just do the entire 8 x 16 room in plastic, the air will vent in from under the door.

Ok, I wasn’t sure it they would be effective, but if you guys are using them and they work, I’d much prefer to filter than vent outside.

How frequently do you have to change out the carbon?