Mobile def, or ph lock out?

Hey,
I got 2 auto going , and had to leave town for a week and when I got back I ran into a few problems, I’ll post picks below any have any ideas? The first 1 is in soil grown with leds and cfl side light, and my other is in a dwc, with the same lighting, I’m not sure if it’s a def or nute burn or lock out, anyways any help is greatly appreciated.

Always try to upload a clear picture of any issues you may have to allow the community to assist you.

Add anything else you feel would help us give you a most informed answer should be included. Feel free to elaborate, but short and to the point questions and facts will help us help you in a more efficient manner

Start with this and please provide WHAT lights, WHAT nutes and in what concentration. PH and TDS. Age of plants etc.

Let me know if I missed any thing, and I plan on getting 1 of the cheaper led kits viper spec 600, or equivalent fairly soon, instead of using so many light bulbs.

Welcome to ILGM, @Ryansway! A couple things stand out to me. The OG Kush looks overfed. She’s too young to be feeding to runoff, and shouldn’t need a flush this soon. She should be getting just a small amount of water at a time, and in a ring around the outside, to promote root growth. Let her dry up quite a bit in between feedings. You also shouldn’t need to feed her yet, just water. What type of water are you using? Rain, well, tap, RO, etc.? Your soil should have plenty in it for a while, a few weeks at least. 1/4 strength may still be too much if the soil is pretty hot to begin with. You may want to try to lower the humidity some at night. It will go up at night, regardless, just because it’s cooler. But you don’t want a lot of moisture hanging around, especially in the dark. How many watts are your CFLs? How High are they above the plants?

I’m inexperienced in hydro, but I know a lil bit. How do the roots look? What is the temperature of the reservoir? How high above the water level are your roots? Are you using anything like Hydroguard in your res? You’ll want to get a TDS meter to measure the strength of your nutrients, very important, especially in hydro. @bryan @TDubWilly @Bogleg and @DoobieNoobie can help you out better with hydro.

I’d do a little more research on lighting before buying the light you mentioned. You can get a lot more efficient (more light and less heat for the same energy consumption) lighting for around the same price, maybe less if you’re willing to do some minor DIY. @dbrn32 is our resident lighting guru.

You’re in good hands. Even if these don’t make it (they will), you’ll learn something from them and do better next time. Don’t be afraid to fire away with whatever questions you have. Everyone here is pretty chill and just looking to help everyone grow as best as they can.

The hydro plant looks to be in a 6" net pot lid. Is this correct?

If so, it also looks too young to have roots long enough to be reaching the water in the bucket below. So, to combat that, I assume you have the water level high enough so it is “bubbling” onto the bottom of the net pot? If not, you could try that and see if that helps… however…

In either case it appears to me that plant is not taking up nutrients… and my suspicion is that its because the roots are not developed enough yet. Can you verify? Are there roots receiving water from the deep water culture?

Yeah the og kush is about 3 weeks old from seed, and I’ve been adding 1 bottle water mixed with 1 drop of super thrive in it ph down to 6.5 and I’ve been watering around once every 5 days , and I normally use bottled water but iv started using tap that’s been set out to evaporates off the chlorine, and I’m using 4 of the 23 actual watts “when I get home I can verify”, and 1 really big cfl “2700k” I can’t remember the exact watts but I’ll up date with the info, I also got gave 4 of the fiet full spectrum grow bulbs from home depot, a lot of the lights I got where gave to me, and I’m definitely a diy’er so yeah and 1 that can help I’d gladly welcome, and I post of temps of the resivour and more specifics when I get home, and I do greatly appreciate every 1s help, thanks guys!!!

Try not to put the plant on a schedule, but instead go by the weight of the pot, or even stick your finger down in the soil to see how far down it has dried out. It’s easy to over or underwater otherwise. Get a feel for what the pot feels like when it’s mostly dry. Others will be along with more

If so, it also looks too young to have roots long enough to be reaching the water in the bucket below. So, to combat that, I assume you have the water level high enough so it is “bubbling” onto the bottom of the net pot? If not, you could try that and see if that helps… however

Your clay pebbles look dry as a bone. You need to keep them moist (that’s how they drink) until the roots hit the water.

Like bogs said, you can make the water bubble with your air stone and the bubbles can splash water in the bottom of the clay pebbles or you can just hand water from the top 3 - 4 times a day

Sometimes something as simple as this 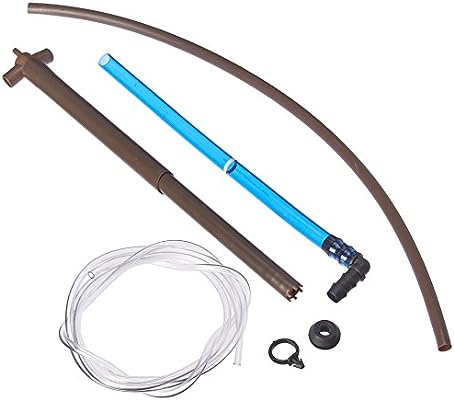 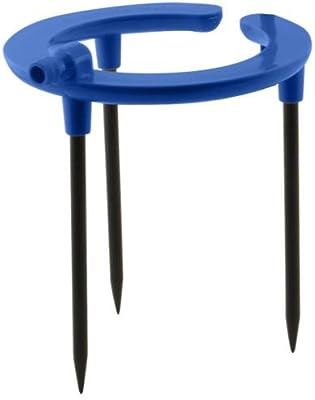 Soil plant looks like damping off with a PH issue.

Glad you two came in on the hydro part.

Kinda looks like others have plants covered. Are you looking for lights?

Soil plant looks like damping off with a PH issue

I couldn’t see his stem in the soil so I couldn’t tell that part. Maybe if they could get a better pic of the “point of daylight”

Yeah on the soil, I was clueless, I know it was to young to have the kind of issues I was thinking, and they hydroponics I got the air stones Keeping the bottom of the clay peeble’s wet, I almost thought I was over watering, and I’ll take better pics of the stem and more angles to give a better idea of what’s going on, if not I can do a video and post it

YES, I did some research and can’t find really any 1 going the route I am with out having a lot of issues, I bought a she’d/ small building specificly for growing and will have to run lights off a extension cord till I get it hard wired in, I just wanted to run a couple indoor grows to get the feel of it, I primary grow out doors, with pretty good success,

How big of canopy do you plan on flowering?

Big enough to run 3 to 4 plants or a 3x3, just to see how it’s going to go, I’m going to run a few autos, and untimely running a 50/50 split of photos and autos, but I’m also growing Kratom and other things, and also got a question for you I got a 2 light bulb, t8 fixture and was given 2 to led “growlight” bars and I was.going to post a pic to see if any 1 could recognize the brand or if it’s just garbage, I’ll post a pic of the tubes, brand, and them on, to see whet yall think, along with my grow setup, to see if I made any mistakes “I’m sure alot” but it’s hard to get a straight answer when looking around online, lol

Post them up, I would be happy to look. When talking about led grow lights low price usually means low performance. Although there are a couple of very expensive fixtures that aren’t very good as well.

and they hydroponics I got the air stones Keeping the bottom of the clay peeble’s wet, I almost thought I was over watering,

I have been there.

The Traveling Grower - The Struggle From the Road Grow Journals

I believe you need to top feed the plant. This can mostly be a simple as just foliar feeding it (with water that is properly PH’d) two to four times per day until the roots emerge from the bottom of the net pot and are dangling in the water.

Sorry it took me so long to post up the pics, it was a long day at work, im a paramedic lol, but here is the picture of the auto OG Kush in soil, the stem and different angles,

20190829_025100530×943 266 KB
And not to sound dumb but what did you mean by dampening off, and you think there they need fertilized?, I thought I might of burned them, and for the DWC, so I can water it top feed 4 or 5 times a day and it be okay?, and can I foiler feed with General Hydroponics notes “mixed with water of course” and thank you guys again for your help !!! I’ve only grown organics, and still getting used to bottled nutrients hydroponics and for the lights I’ll post pics below, I was just trying to make these work for the first indoor grow till I could find a decent indoor led or equivalent, or even a DIY, any suggestions is highly appreciated, and thanks ahead of time guys!!!.

Keep throwing, the more info the better. You might want more for flowering, but those bulbs will definitely grow some good plants. I’ve done it myself.