This LED light has good specs, you’ll not be deceive by it, it’s a fairly good mix between old and new diodes technology

If you put up a link @dbrn32 and I will take a look and see what we think.

I think this is the one 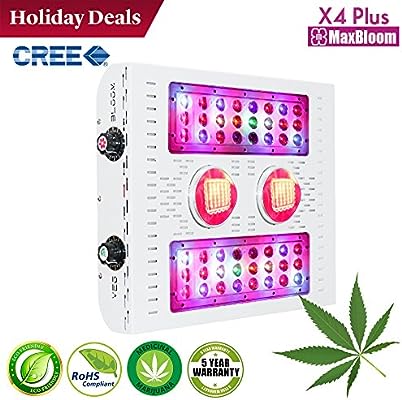 Yeap, that’s what I assume @bob31 , the graph is from there, lol

@greentree not sure what everyone else thinks, but I feel like it looks pretty competitive at its price point. Meaning I would expect as good of results or better with this one, as stuff priced similarly. This one may have a more balanced light spectrum than a lot of them though.

I thought the par map looked a little weak for a light that would actually use 400 watts of Cree diodes. So I expect it doesn’t draw 400 Watts from the wall, or they’re using the lowest bin available. I did find this in description, which says they’re using epistar and bridgelux diodes?

So I’m not exactly sure how to take that. For you or I to buy top bin Cree xte’s They will run about $3 each, so you’re talking $240 just in those 48 diodes. So I suspect there’s at least a little bit of misleading info in there. But that doesn’t really change my earlier statement about what you’re looking at. But you’re probably not necessarily getting a light that will outperform more expensive lights, if that makes sense?

Well there ya go, that explains the par levels. Thanks for pointing that out Al! I’m still not exactly sold that they’re using cree xte’s. Maybe it comes down to something like one of the colors is xte?

Yeah, I always find that going with 12 bands is praticly always affecting the PAR , probably they do not use top bin like you mentioned to be able to cut the production price…

None the less, I think it’s a fairly good fixture, now, all will depend on the size of @greentree grow space,

Half the time I’m not even sure why they mention 12 band, or 7 band or any of that mess. The uva is whimsical at best, and they could supplement any 4000k led with 660’s and 730’s and call it a day. I guess it sounds cool though, and if they have more bands than the other guy it’s got to be better right?

, sure it’s marketing since light is blending near the source anyway, lol

, but a mix of White ones and RGB will always out perform any 12 bands in PAR value,

I would pass on this light, good spectrum but at 200w actual, you are paying over a $1 a watt and there are way better options out there. You could grow 2 plants with it though and get a decent yield, but a 900w Meihzi is cheaper and twice the output.

Since I am finding awesome stuff here and you are raking lights. Can you please tell me how or what u feel about the Unit Farm 120 LED? I have that and the 80. I have a 2x4 tent operating now and a 3x3 on the side empty

Pricey but great LED fixtures for your growing space , imo 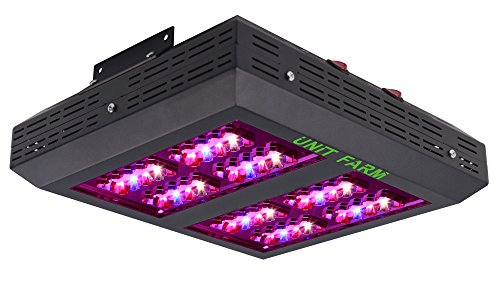 Do not have the time to dig deeper, shoveling in your backyards , lol

It’s $3 a watt. I don’t think it’s a very good option. It’s pretty weak at that price point and you could build or buy a much better fixture for the same money.

Hard to say that. Buying the xte’s on a scale to build they’re $3 a piece, at 700ma the reds are like 1.75 Watts per diode. That’s more than half of the build cost and you have no drivers, heatsinks, fans, wire, thermal interface, frame, or case. Obviously you or I wouldn’t typically drop that kind of cash on anything similar. But for someone who’s not going to build, it can be fair if you’re getting good diodes.

just making the point that even with the absolute best components you still only have 200w of light, which isn’t much and you are paying over $600 for it. I think you could have a better grow cheaper.

Well sure in that respect. But could just as easily go the other way in a different example. If for instance that fixture uses xte he photo reds, they have twice the par per joule, as either of our cobs. And all of the light from them is in about a 100% absobtion wavelength.

So I got the 120 for $400 not $600. Thank u for the input. Loving this new hobby. I have Lemon OG Haze, mandarin sunrise, liberty haze and 2 others going. Like I said, I got a little carried away with assumption of some failure. They say it has the highest PAR of all the lights?