Hello everyone! I want to know if there is any personal experience here with a Mars Hydro II 700w in a 2x2x5 tent? I have tried using the search but I couldn’t find anything related to my situation.

I am concerned with heat. What was the temperature of your tent with this light?

Would it be better to get a Mars Hydro II 400w? I have read conflicting information on flowering capabilities with a 400w, some say it’s good and others say its bad since you won’t have 50w per square foot

Help would be greatly apreciated!!!

So I take it no one has done it. What about anyone with a similar light and set up?

I do not think heat from the light would be an issue, long as you had an intake and exhaust fan to keep the air fresh. I run 2 450w viparspectra leds in a 3x3 and have no heat issues from my lights. My tent has been as hot as 93F in the summer, but that was due to summer, not my lights, and the plants still thrived…

An LED will only require 35 watt/sqft but 50 would not be bad. 50 watts is the requirement for HID (HPS) lights. Remember it is not the advertised watts but the actual watts used and the lumens produced that give you the numbers to go by.

I have a Mars Hydro Reflector LED that is 400 watts. I grow in a 2x4x5 tent and had no problem with heat. I had a 4" fan with charcoal filter. If you are concerned about heat, get a 6" or 8" fan that will exchange the air faster and thus cool the tent for you.

The 700 watt may be a problem but I wold think it would be workable.

The heat can generally be controlled by the exhaust fan. If it has a controller on it you can run it at a lower or faster speed, depending on what temp you want.

Hope that helps some. Jerry

Thank you guys, I will be running a 4 inch inline fan that can produce 65 cfm attached with a 4 inch carbon filter. I think I will get the mars hydro 700w in my next project which will start in about a month or so and report back so if someone else is in my same boat they can see what to do before buying their light.

Have you already bought the fan? You might want to go with a higher CFM. I believe my 4" fan is 190CFM. I bought it at Amazon. These are just a few examples. If you haven’t got one, try to get one with variable speed. Also, most tents that take a four inch take a 6 inch fan also. Might not hurt to look at those too. A six inch fan will really move the air. Jerry 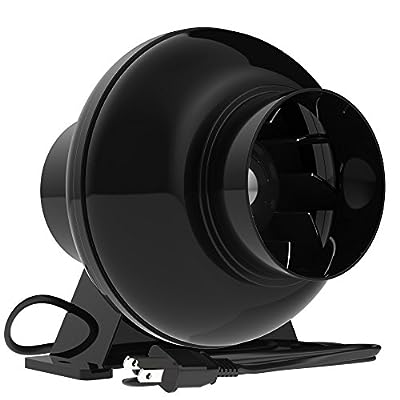 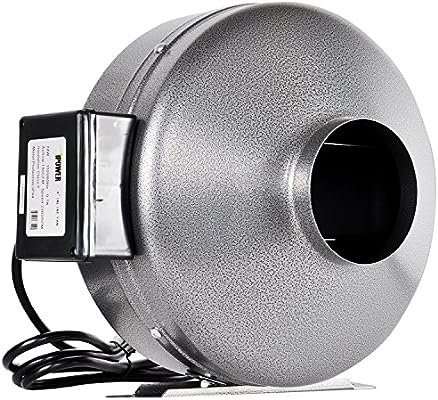 iPower is the leading manufacturer of grow light systems; supplying gardeners, worldwide, for over a decade. We use the transformative power of light to make gardening more efficient and productive. I ...

Why would I want that much. You multiply width time height and then divide by 3 (for three minute turnovers)

Thank you for your input my friend dully noted

Once every three minutes is typically good in terms of air exchange. There’s a few things that figure doesn’t take into account though.

Are you running a carbon filter? The filter will put a pretty good restriction on your airflow. What is ambient temp and rh of the area you’re drawing air from? Do you plan on using a/c, dehumidifiers, or other environmental controls? If you’re just sneaking into air exchange requirements some of these things may be necessary. As to where having some reserve air movement capabilities can be a big help under the right conditions.