Look at this never seen this. Its kind of crazy

There is a wierd growth coming out of the oldest fan leaf. Has anyone ever seen this. 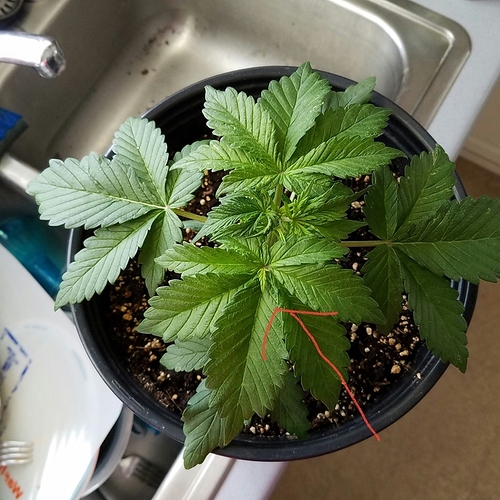 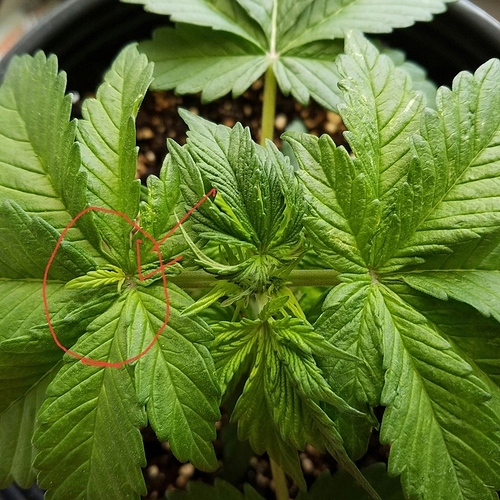 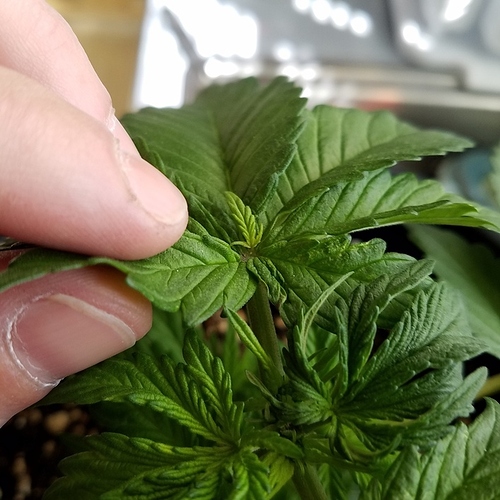 Not sure what that is.

I believe what you have going on there is you have nodes growing out of the leaves …there’s a name for it which I can’t think of at the moment… but @MacGyverStoner or @garrigan62 or maybe @Niala could give you the definitive answer on what that’s called , but I believe you will actually have stocks shooting out of the Leafs themselves it looks trippy when the plants grown up like that …but I believe there’s nothing to be worried about … it’s just going to be more Bud sites…

Yea i found something that its called bud leaf i posted something but it had a web site on it so. I took it down. These are best to be removed.

wait a week and then top it and wait and see what happens. cause i

Its been topped already. 4 days ago. What do you think pull it off?

I have the something on my girl as well. I left it there…so far it hasn’t spread or grown anymore.

She is forming more branches

Interesting ! Have never seen that.

How are they coming along?

Heres the one of the autos today 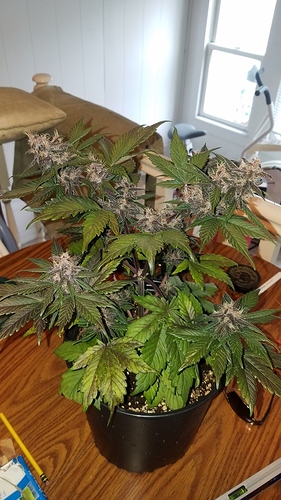 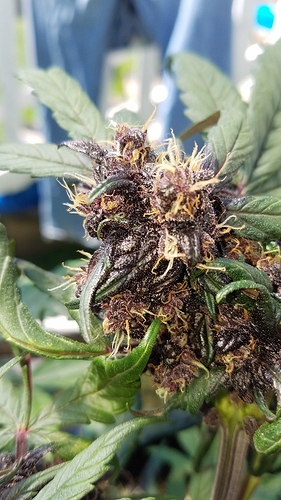 Which strain is it looks exotic

I think I would chalk that up to hybrid tendencies.