@dbrn32 yes and I do notice that the ppm is lower than the feeding schedule recommends, it’s around 750-780

You’re 750ish in and your runoff is about the same?

Those leaf blotches I believe are genetic abnormalities not deficiencies. They won’t effect the overall growth of the plant. The spots though are likely caused by N toxicity or microbes with the rockwool being to wet. You might think about trimming your lower fan leaves to allow better air circulation under the plant. Plants look good!

@dbrn32 yes my runoff isn’t far off from the levels they are when I change water, I just found out my PH meter was slightly off I just re-calibrated it, Contemplating buying a new one. Hoping I didn’t ruin the plants. The root systems are getting huge so I’d say that’s a good sign, still mostly white besides whatever brown it gets from the nutes.

@WickedAle Thanks! I trimmed the other day, but after reading a few different articles about pruning and how not to do it if its your first grow…and this being my first grow I tried anyway, I would say I was conservative when cutting. I trimmed off mostly bad looking leaves. I read not to remove too many fan leaves since they contain the sugars for the rest of the plant, so I guess I was nervous I’d hurt it. What would you say is a safe time frame to be able to trim the plant down a little more? I pruned for the first time on Monday. And if it is N toxicity, what is the recommended course of action I should take? I was topping them off with regular PH adjusted water for the last 3 days and did a water change yesterday with nutes.

Here’s some pics of the roots 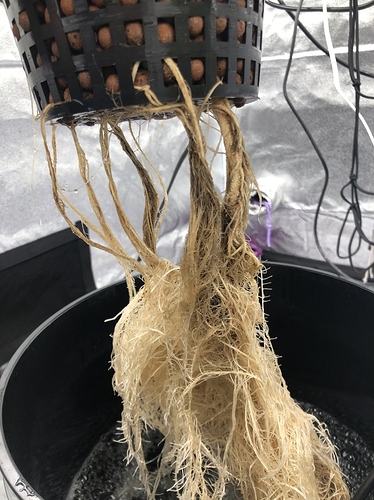 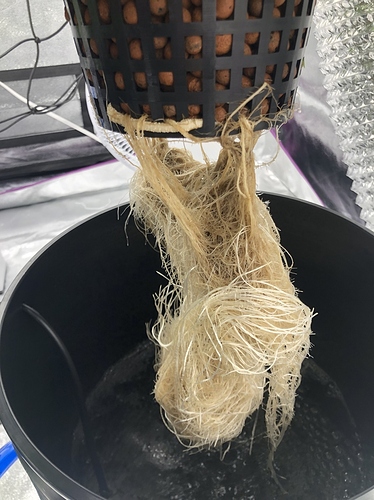 Your plants and roots look very healthy. Cutting off some leaves to open it up and expose the bud sites won’t hurt too bad.

So you think it’s safe to trim some more today? It’s been 4 full days

You should be OK. The plant rejuvenates new growth quickly under good lighting.

Those leaf blotches I believe are genetic abnormalities not deficiencies. They won’t effect the overall growth of the plant. The spots though are likely caused by N toxicity or microbes with the rockwool being to wet. You might think about trimming your lower fan leaves to allow better air circulation under the plant. Plants look good!

Your plants look great and you will see weird leaves on occasion. I usually get a couple of harlequin leaves on one or two plants. The damage to the one leaf is minor and down low/inside. I’m completely with @WickedAle

Hey guys, so I just flipped the lights to 12/12 and growth is going pretty well. They’ve become very bushy and hard to just tuck the leaves out of the way so I trimmed them again today. I changed their water with nutes on the day I switched the light schedule, only used 50% of what the nutrient feeding schedule calls for. Now today when I was trimming I noticed the leaves are curling downwards and look like claws, and I have a few fan leaves that have spots on them. I’m not sure if it’s a deficiency or if it’s a toxicity. I’m a little confused on diagnosing the issue, and I will say my ppm was lower than the feeding chart recommends - it went in at 560ppm and right now two days later it’s coming out 320!ppm, Just looking for some insight from you guys again, I appreciate all the advice I’ve gotten on this forum so far and probably wouldn’t have gotten to the point I am now without it so thanks again. Here’s some pics 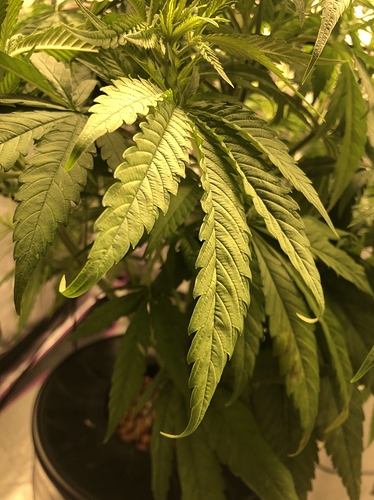 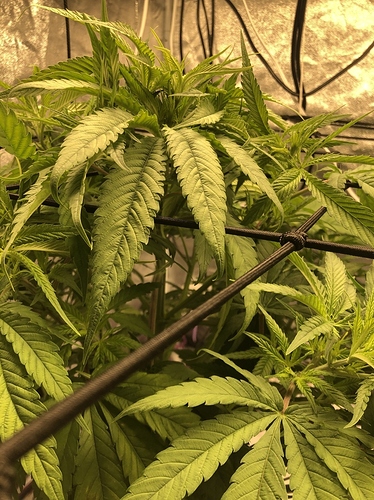 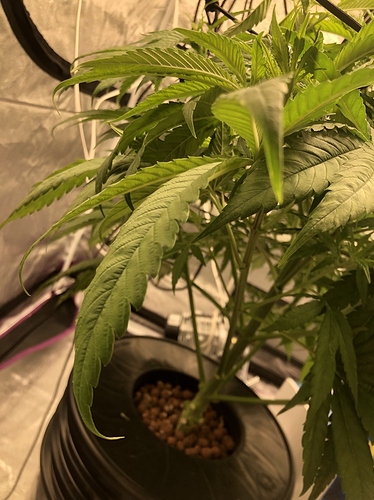 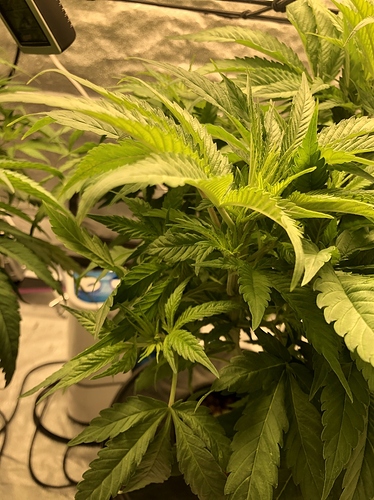 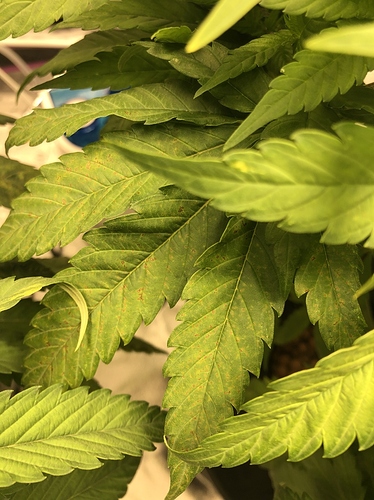 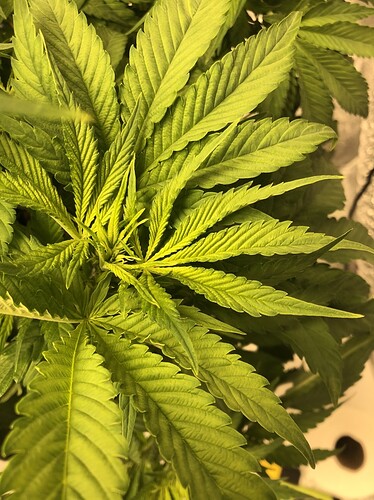 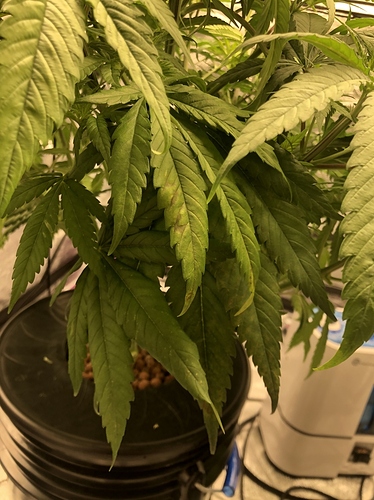 You could up your nutes. 1000-1200. Make sure your nutes already contain Cal and Mg. If so it really doesn’t need to be added extraneously. As far as the clawing, do you have an airport inlet that is close to those leave and the air is drafting across them? Could be “wind burn”.

I agree, ppm seem too low to be a nitrogen toxic mix. I would double check your meter just for shits & giggles, make sure its reading properly. But it looks like some calcium deficiency popping up, take a look at the rest of environmentals too.

@WickedAle I did have a fan on a higher setting than usual, I lowered it and moved it further away from the plants. I’ll monitor them for the next few days and see if that seems to help, thank you!

@dbrn32 that sounds like a plan,
im Definitely going to check the ppm meter just to be safe and Maybe since I’ve been going light on the nutes it’s been lacking the amount of calcium it needs? thanks for the help!