Leaves dying. What doea it need?

So this summer is my first time growing. gotten alot out of all the forums… organic grow used grow nutes and using bloom nutes now. Potting soil, steer manure, earthworm castings and kellogs organic soil. Watering 2gal @4am and 2gal @ 4pm. Everyrhing has been real good but now leave tios are dying and some are miscolored… really on only two colas… others look perfect. 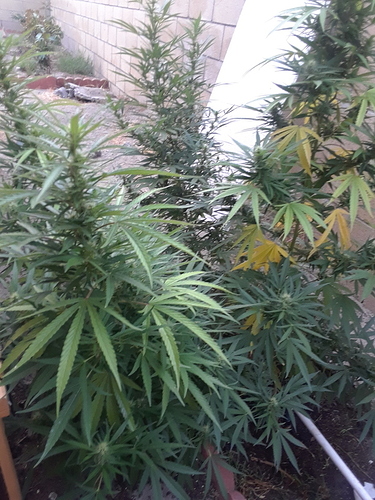 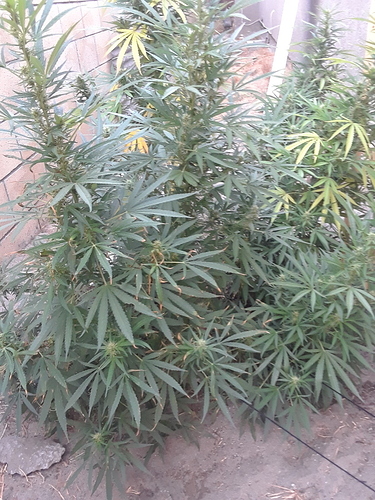 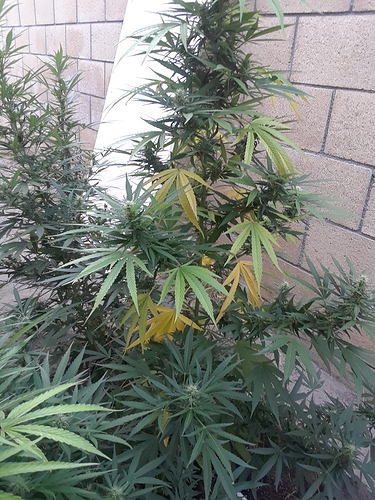 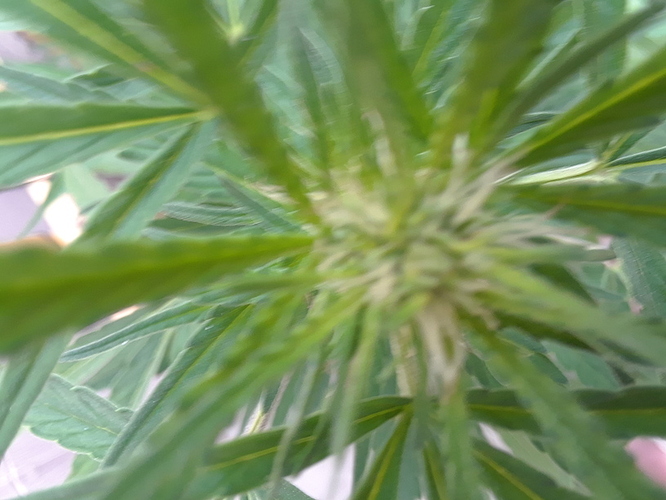 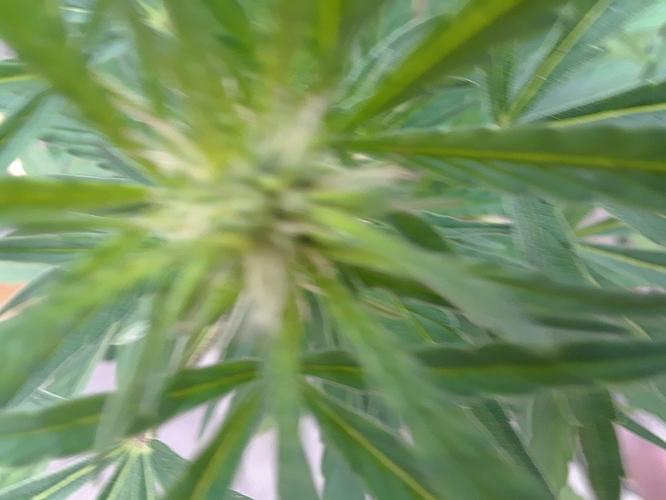 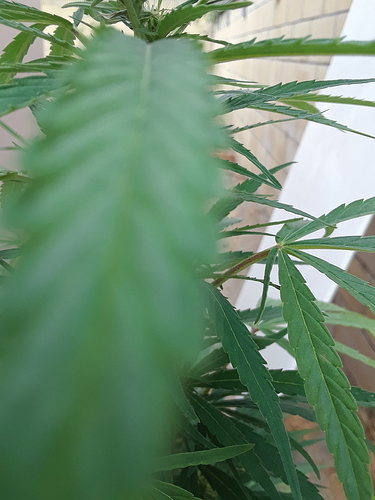 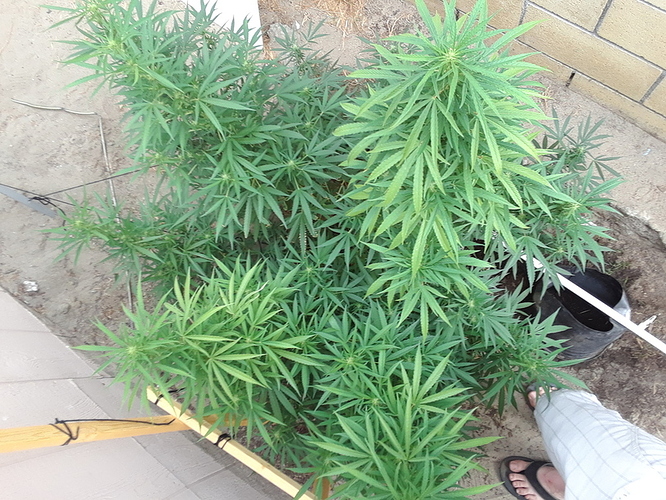 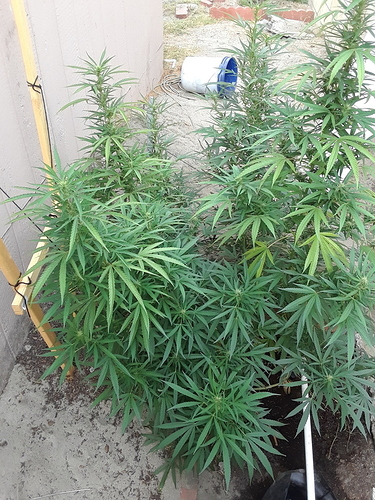 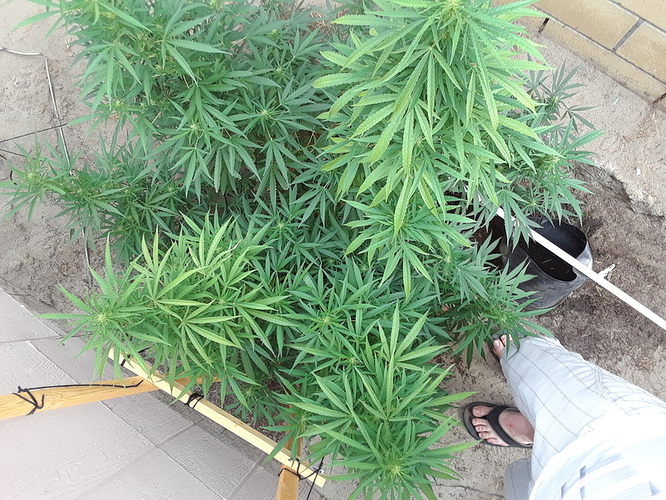 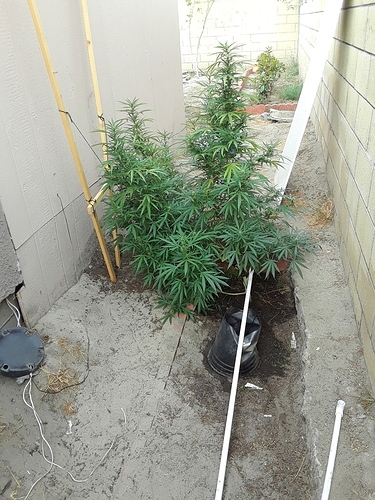 Ph untested… just using city water… will test if i grow again.
Nutes are 2 tbsp in 1 gallon once a week.

I understand fan leaves are gonna die off… though its only happening on one cola? Also 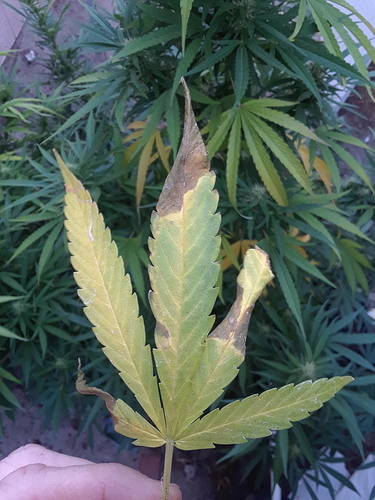 Is it possible that leaf got watered, lay on wet soil or got sprayed with nutes? If not, you probably have nutrient issues revolving around bad ph. You really shouldn’t wait on the ph of your water now, dude. Do you REALLY want to risk your harvest?

Leaves watered yes… i take a bit of nute water in milk gallon and water from over head the rest goes to roots… two or three of the bottommost branches lay on dirt. Didnt know if good to cut off in flower or too much shock. Wanted to go cheap as i could. Did t want to buy ph kit. What would i add to change ph?. I have sprinkler timer and pvc hiked up too hose. But i could go back to hand watering 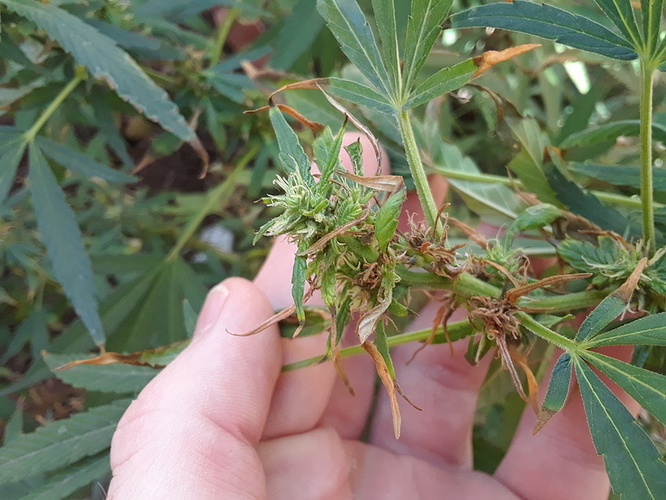 Top to bottom yellow is concerning is this the same strain? If not it could be more sensitive to nutes

I agree with Fever. Nasty city water is so highly chlorinated and fluoridated. Let water sit in open container for a few days before using.Dirt water only, not on the leaves. You might think about cutting off the unhealthy growth, as it will invite bugs and bacteria. Good luck.

If it were me I’d do as @Wes suggested and remove affected growth. Then I would start watering with ph 6.5 water as well as checking soil ph to make sure you don’t have any lockout of nutrients. More than likely it’s a mineral deficiency and proper ph will greatly mitigate or solve most of those issues.

sorry. ran out of posting power on my first day. Same plant… 6 cola. Agent orange from clone at shop… has looked perfect until now save for a leaf or two…

This morning i cut off the 3 bottom most branches that are or could be touching the ground. i trimmed of dead leaf tips and pulled fan leaves that were definitely dead and left a few that were yellowing but not dead. I also cut fan leaves that were at eh bottom and hanging low. I tied three colas so that they were lifted as to not touch the ground and bear some weight of buds.

I must say, the buds are getting bigger/thicker and smell heavenly.i see sugar

How do i adjust ph? i am watering a gallon jug at a time. do you guys like How to Check pH & Stop Cannabis Nutrient Deficiencies | Grow Weed Easy ? ph up/down good product to do it? i could use milk (down) or baking soda (up)…

next year ill source a 55g drum and mix nutes there while letting it stand in open and balancing ph. i have 15 seeds i got from ilgm (this year too late to germ. so i went with clone) and i will need more water so drum makes sense if i do 4 plants. but- nutes instructrion say dont premix? 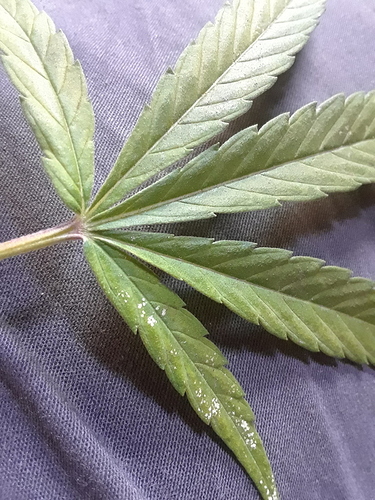 this leaf has spots… does that signify any specific deficiency?

Thanks for the help thus far. Anything on tree leaf? Methods for changing ph