Hey everyone I have been doing a little research before I begin my venture into indoor growing. My plan is for a grow tent in a room in my basement. I will be growing for personal use for about 4 or so people. I don’t have any equipment yet so I am looking at purchasing some things . Obviously my first purchase will be a tent and lights. What is a good tent to purchase as there are a ton on the web to purchase. I would be interested in some advice on what brand and things I should be looking for in a good tent. 5x5x6.5 is the max space i want to use. Any suggestions would be greatly appreciated thanks in advance

Vivosun is a good name but there are a LOT of others. When buying a tent, get one as tall as will fit in your space; a 5 foot high tent will not grow a big plant due to the distance from the lights, the distance of the lights from the rood of the tent etc.

If you are contemplating a perpetual grow, 2 tents might be the way to go at some point. Figure about 2 X 3 feet for ONE plant. Or more!

Lights are going to be a matter of deciding between different technologies and it makes a difference in knowing what your budget is. MH/HPS lights can be a pain due to waste heat and RF interference with the digital ballasts. LED’s are expensive. There’s also CMH, LEC, fluorescent and of course; the sun.

@dbrn32 is the lighting master. Let him shed some light on you hahaha!

Thanks my basement have a 6.5’ ceiling so I plan on getting a tent that height. Lighting I am planning on vipraspect 600 watt have read good things about them and supplement with some cfl’s until I can afford another 600 watt unit. I would like to try scrog or possibly just train them a little. I am thinking 4 plants if I can do it. I have seen some people grow upwards of 6 plants in a 5x5 but I want to start slow and make sure I get a good harvest. What are some other things I should be looking at for a successful grow. All help and Ideas are appreciated

I’m not sure how much you’re planning to spend on your Vivaspectra, but I really wish that I had bought my lights through GrowersLights(dot)com before I ordered my light from Amazon, despite the good reviews. I ordered one light from Amazon, and planned to order another later, when the plants were bigger. I ordered my second light from GrowersLights, instead, and like it so much more. It’s pricier, but not crazy expensive, and I am convinced that the light-output is going to be well-worth it when it comes time to make buds in my little Vivosun tent.

And I agree with @Myfriendis410, that having a second tent for clones or vegging is a good idea. I don’t have a second tent yet, but am thinking of heading in that direction. I have a 2’ x 4’ x 5’ Vivosun tent (for 2 - 4 plants), and I am happy with it. The light that I like is a Quantum Board 135w kit (that I had them assemble before shipping). Good luck @Fishjunkie.

Wonka man thanks for the heads up on the light I am going to check out the site I think I need a 600 watt light even if I am supplementing with cfl’s. I have so many questions. I am trying to download the bible but can’t seem to figure it out.

The viparspectra 600 isn’t a 600 watt light. You would be looking at more like probably 6 of them for proper flowering intensity in a full 5x5. Even then, they’re not the greatest flowering spectrum either, generally we like a little more intensity from red wavelengths for flowering cannabis plants. Functionally they’re built fairly well, so in terms of turning on they are indeed pretty good. But they are definitely a beginner budget minded light, and are usually replaced by people who want to get serious about growing. Their downfall is using dated inefficient diodes, on top of a mediocre light recipe.

You’ll certainly spend a lot of money lighting 25 square feet properly to flower in. The cheapest way would be to build your own. It seems a little scary to most, but there’s a handful of members here that could certainly walk most through the process. There’s also a number of very good lights specifically designed for a 5x5 that you can purchase ready to hang. Unfortunately, there are no real bargains to do the job well, despite what some of the amazon descriptions lead you to believe. Your not really saving any money, just paying for less performance.

Just got a 3x3 tent today for drying and a 48 hour dark space before harvest. Just going to vent it to the bigger tent for smell extraction. Trying not to buy a light for it or I’ll just start growing in it too. 4 autoflowers or 2 photos are all I can fit in a 4x4 tent, don’t over plant till you see how you space works.

Ok then I really need some help with the lighting here before I go much further. I have a background in electrical so maybe building one would be an option. I was concerned wit th heat in my tent in basement but I am sure an exhaust fan would get rid of most of the heat from an hid lamp. Maybe that is the way to go. What suggestions do you have for a 5x5 light that is good quality and what sort of cost am I looking at.

Hlg-600 kit is marketed for a 5x5. I think they’re around $700. There’s only been a couple of members I’ve seen with them, and it seems they kinda need a fan blowing over them at full power. But run very well passively at about 80%. Otherwise I would check out some of the models designed specifically for 5x5 from timber grow lights. Those are going to cost a little more, but will also give you a better light spread.

If you want to go the diy route, doing something with the bridgelux eb strips or qb 120’s probably the cheapest way to go.

Ok looking into them question about spectrum aren’t led lights ment to be able to veg and flower by changing spectrum with switches. Some of the ones I am looking at don’t have 2 different spectrums.

That’s a feature found usually on the less expensive, lower efficiency LED fixtures. Most target a working spectrum that does a good job of vegging and a great job of flowering (which is where you need the most intensity). The difference between a 5 year old LED diode (used in the cheaper fixtures) and a new one is like the difference between a Model T and a Porsche 911.

I am starting a new closet, and on a budget as well, but this isn’t my first grow, so I think the money I spent was in the right direction. I’m using a closet, so didn’t have to worry about a tent. I spent $250 - $150 for a light, $90 for an exhaust fan and carbon filter, and $10 for a rheostat to adjust the fan speed. Your primary issue once you find the right lighting will be temperature control. That was the reason for the fan - more than smell - for me.

Going with something similar to the light I recommended is more similar to an actual sunlight spectrum. Not the same, but a lot closer. The switches are really a gimmick, because the lights aren’t great for really either stage of growing unless both of them are on. There’s not enough red to justify only using the reduced power of the blue, and there’s not enough light intensity with just the red on. Not to mention the more recent light studies that support how beneficial most of the missing intensity in other wavelengths is.

It’s not to say that just about any of them won’t grow weed. It’s that we’re under the assumption you’re looking for a “good” light. And in our opinion, we’ve directed you to very good lights. If you’re looking for inexpensive lights, pretty much whatever will grow weed to some extent. Just not at the same rate and yield potential as what are probably some of the more expensive models.

Look at it this way. If you’re just kind of messing around looking to grow a plant or two here and there, it’s difficult to justify buying high end equipment. If you’re serious about growing, and are committed to seeing it through until you’re successful, you’ll eventually be replacing any inexpensive led lights with something better. So depending on where you’re at with it, buying something cheap up front usually costs those serious growers more in the long run.

). Just kidding, he will pay attention if you need to work on a shoe-string.

@Whodat66, where do you vent the exhaust to? Does it have to be vented out?

Mine is just going into the attic, but if the smell is a concern it should go outside. Like a dryer vent or something.

@Drillbit: My filter and fan were just ordered, and I’m just planning to exhaust into my basement storage room, where my grow-tent is located. I’m counting on the filter to screen out the smell, and it isn’t too warm in my basement. If I need to, I can exhaust out a cellar window, but I’m hoping that I don’t have to.

Ok. Great advice. Just trying to gain more knowledge of indoor growing. Plan to do this soon. It’s just so damn humid where I live. Hard to grow the strains I enjoy most.

I have no idea the efficiency of the carbon filters, but I think that would work. One thing to think about is that it isn’t just removing smell, it takes out heat. In your case in the basement - with a tent - it may raise the ambient temp of the basement - and the tent. Not sure how big or packed the basement is, but that might actually be a bonus if you grow in winter and the basement’s cold. 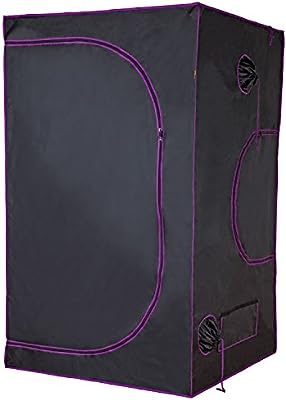 The goal of Apollo Horticulture is simply to be the best value in grow lights. We continually work to produce the highest quality, fully featured, and most up to date hydroponic equipment at the lowes ...

That particular one is too tall for your space, though. 78" right? 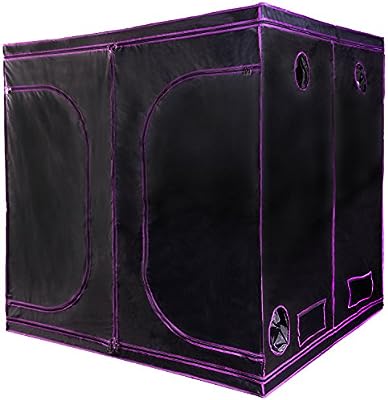 The goal of Apollo Horticulture is simply to be the best value in grow lights. We continually work to produce the highest quality, fully featured, and most up to date hydroponic equipment at the lowes ...