So do you have your own medivac flight on standby or what’s your transportation plan?

Ohh so your strictly flight medic, and your ALS.
Our terms and our protocols are different obviously because of countries, levels of care and states /provinces we are in.

I’m what your country would call an EMT but here we are both called paramedics, just ALS or BLS.
I worked on an ALS car but shortly realized that I didn’t want that life due to burnout, risk of PTSD and low pay. So I went back to my industry roots.

I don’t have any flight training, it’s extremely hard to get, expensive and rarely used.
In our remote work we would just use a helicopter to move a pt and contact medical control to ensure I didn’t do something crazy like run a bunch of fluid or someone with a tension pneumothorax at a high altitude etc.
Thank God for modern technology.

My new gig is like 1hr from a hospital and if it’s bad I can call flight in which would also be an hour to my location.

They always have me working solo on call 24/7 because incidents these days are rare but I do much prefer to have a partner just makes life less stressful.

Since your at the airport your the support and thus just get calls on a much more frequent basis. Are the people in the ambulance / worksites a EMT’s and ALS?

I would have gone ALS long ago (7years as an EMT now) but the bust hit and I was sceduled to work offshore oil and gas industry in dive support vessels as my brother is a deep sea underwater welder. That all died contracted though and after 3 years he finally got back out everyone was a ALS or a doctor, so few jobs. I decided to start my own business and learn. Then when that was paid off and I realized I wanted to get out of the industry or at least be able to be home more. So I have been in online university to get my federal safety ticket.
Next winter I hope to finish it.

Is the pay much better up there? Why did you decide to go up there?

Well my light switch must have been to many hours of light, I switched my lights from on Durring the day to in at night. Was rushed so about 4 days ago it must have got well over 12hr and that caused a bit of growth.
Dang didn’t think kne cylce would do that.

Tricombs of the Bangi haze, on the left
Still to early.

Wow just a lil change did that

Hey @Nicky any idea whats going on with my buddy’s plants looks very similar to your issue but he never changed his light cycle besides the 12/12 weeks ago. He feeds GH 123 and couple other additives but follows the directions to T and Ph water to 6,3-6.5 he’s in soil

Might have a light leak?
That would be my first Geuss.

To hard with grow lights on all i seen is yellow plants. =p

So I smoked the zamaldelica tonight and I like it. The buds smell like fruit, and citrus but not lemon or pine like is so common. This is a very unique smell no sharpness, no sour, no chemical and no lemon or pine, all of which seem to be common bud smells.

The taste is the same but lighter so the terps don’t over power you in the smoke which is a really nice aspect I found in the volcano. As I’ve noticed some very strong terps of lemon or something can almost be sharo and over whelming after blasting back three bags.

Effects are sativa, fairly strong to didn’t need a 3rd bag but I figured what the heck.
Thankfully that didn’t put me over the edge in terms of making me lethargic, or mentally slow. I don’t feel at all like I’m tripping over myself mentally which is a nice feature.

Buds arnt as beefy and dense in all the areas as these new hybrids, but I’m sure I can improve that with a better grow.
This was far from an ideal grow I felt I had a couple timeline issues, and setbacks things just didn’t line up as much is my normal. Then again these were my frost photos in a long time and these landrace sativas as a different beast.

The plant may be more on the difficult spectrum which is fine with me, I have my significant growing challenges due to my working situation so I don’t expect everything to always go perfectly but I know I can grow these all much better. The length of this grow didn’t help either, due to DNA testing delays at first and then my other plants finishing late so couldn’t flip these into flower, then messed up the light timer so took another 2 weeks by the time I noticed that.
Plugged a line and starved them and I have some light leaks I forgot, a power bar and a mesh flap on the side at the very least but I’ll inspect this and fix them all before next grow.

Trim jail starts tomorrow, there will be still good buds in there just not a large amount of top quality ones as I would like and I know I’m capable of.

Now the big question remains!
Do I grow the zamaldelica I was just describing or the Bangi haze next grow?

While the zamaldelica has its pros and cons,
the Bangi haze grows more dense nugs. Bangi haze smells like pine it’s also easier to grow it seems by handling the stress better and has been bred out to be more stable strain. As the Bangi haze is an F8 genetic while the zamaldelica is an F3.
If I had more room or kept wanting to find a better mother plant I would for the zamaldelica, however I feel fairly confident the Bangi haze is going to be pretty similar each seed drop of course never the same though.
If the zamaldelica is the winner I will clone this for this next run of 4 and just be prepared to do a pheno hunt next time, talk the wifey into letting me run a whole pack, finding the best female and then flipping them really fast before taking the winner and running a longer veg time and maybe keeping one mother on hand in the greenhouse.

Trying to compare these two strains in my hunt for the most energetic sativa that’s still a good smoke/ grow I turned to the terpenes as terpenes greatly weigh on user effects.
The zamaldelica’s main terpene is terpinolene, which is actually fairly rare. Most strains only have a bit of terpinolene and rarely do strains feature it as their main terp.
The only reason I know this is because Ace seeds provides lab tests for two sample on the cabinoids and terpenes, they test two different samples/phenos.

So here is the zamaldelica’s profile:

Now that we have identified that I figured we should know a bit more about that terpinolene terpene. so I found an amazing resource here, this resource even provides study’s and to vet their article claims. 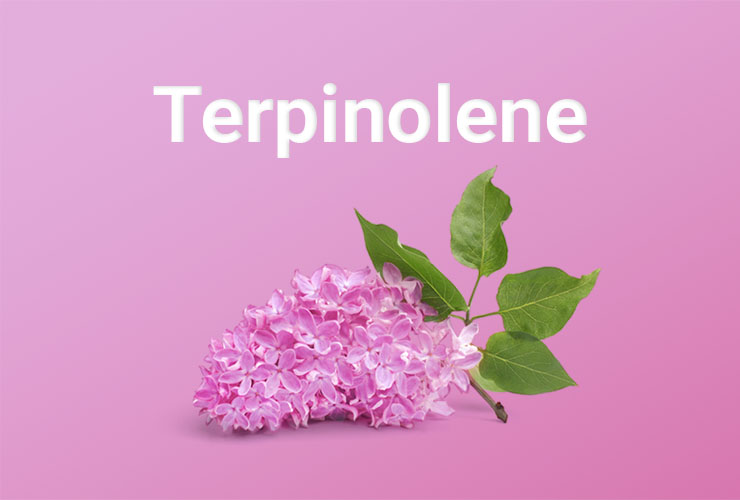 In this edition of our Understanding Terpenes series, we examine terpinolene, looking at its characteristics and health effects.

It seems as if this is the main terpene for inhibiting cancer cell growth and brain tumors in rats. In larger amounts and with linalool (another terpene) it can have a synergy effect on sedativeness! So that’s a good thing to Remeber when looking for an indica.

Okay so then I decided to check out the Bangi haze terpene profile and see what it’s main terp is, in order to maybe get a heads up on it will be a better sativa effect.
Differnt lab so a different graph but here is the info.

BHE25terpenos597×1001 151 KB
As we can see by the two different phenos lab results both had an overwhelming majority of pinene terpene followed by myrcene.
Well let’s find out what the story is with pinene. 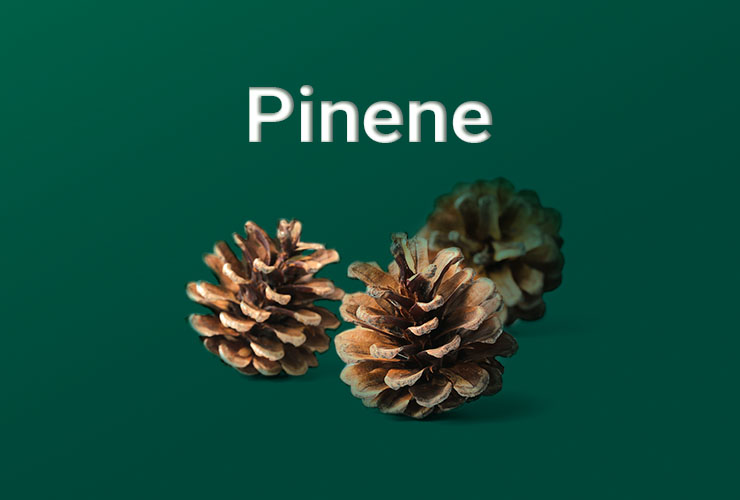 In this edition of our Understanding Terpenes series, we look at pinene, including its taste and aroma, the strain you'll find it, and its health effects.

There is actually lots of research on pinene it’s one of the most studied terpenes but the point that hit me was is quote:

“While myrcene illustrates how a terpene can amplify, or boost, a cannabinoid, the terpene pinene has been shown to buffer THC by reducing the cognition and memory impairment that sometimes accompanies the infamous psychoactive molecule.”

The combo in this next strian helps you get higher due to allowing the myrcene aid in thc passing the blood brain barrier easier while the pinene helps keep you from memory impairment which makes us lol or feel stupid when we are high and not sober.

Very cool I’m looking forward to smoking that one as well!

These are just test buds but hopefully they give me a clear enough picture, if they don’t not a big deal. I may cut 4 of each first thing tomorrow until I can try them again cured. Then I’ll cull everything else.

I’m off to go chop and start trimming, after I eat something ill smoke the Bangi haze.

I know I’m really far behind on all the tags but I had a broken iPad and broken phone for almost a week followed by now time off and I have to harvest.
@Covertgrower
@BobbyDigital
@dbrn32
@MattyBear
@Stonedrus
@Myfriendis410
@Hellraiser
@ash93

WOW Nicky what a great and detailed report! Thank you so much for the time and effort you took to write this. Really interesting information. Might have to grab a cup of coffee and come back and read it again

Awesome stuff man and congrats on your beautiful harvest

If you wouldn’t have named the strain I would have said that was Cinderella 99 from description.

I would pick whichever plant gave better effects. If both give good highs, then I guess grow them both again lol

@ash93 thanks I took my time, because of have gad some thoughts rolling around in my head now that quantity of product isn’t an issue for me. C99 main terp is limonene

@MattyBear I thought about that but this next run will be coco vs coco perlite so I should run it 2 vs 2 of the same strain and not 2 strains running 1v1… That would make for a poorer experiment I would think. No?

K off to trim the green crack, chopped and can smell the pinene

What matty sent you should be super lemon haze x Cindy haze. Has c99 in it, but not the same thing. He can verify if I’m crossed up, but pretty sure I have them as well. You may have seen pic of one from my dad’s outdoor grow

Wow crazy reading. It’s sad 2 say idk much about any strains. I try 2 stay away from any strain that people say had them paranoid

@SilvaBack203 I wouldnt go by that as everyone reacts differently. I heard some strains give you that anxiety/paranoia feeling because it was harvested too early but maybe someone can shed some light on that piece of info

Yes, Super Lemon Haze x Cindy Haze. Cindy Haze was made crossing a Super Silver Haze to the Princess cut from Brothers Grimm, and bred with the Cinderella 99. Should be a 80-100% sativa I would guess

The longer I grow the more information I find. So u telling me dispensaries really robbing people

Wow that sounds so fire

. I love super silver haze one of the best smelling buds I’ve had from my local dispensary for sure