Is this nutrient lockout 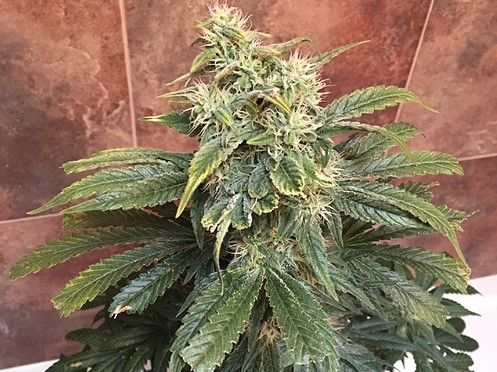 does anyone know what’s going on with this plant? I think it’s nutrient lockout any suggestions would be greatly appreciated!

What is your ph, that would be the contributing factor for a nutrient lockout also in my opinion your a little further than 13 days from harvest you still have lots of white pistols which is an indication your buds are still growing (swelling and developing providing more weight)

Ph is between 6 and 6.5. I was hoping they were further away from being done but that’s 63 days does it matter? Probably a stupid question but I’m stressing out over here all this work as she starts pulling this nonsense!

@Majiktoker Is absolutely correct , you have about 4 to 6 weeks , at least 4 to go for sure before you can Harvest …your pistols are extremely young still and have a long ways to go by the looks of your picture… the best thing you can do at this point is get your pH in order by checking the run off of your watering and see where that’s at and also get a PPM reading to find out where that’s at as well … then at least you’ll know where to go from there … but those are the two main things you need to do to be able to finish this out to a beautiful Harvest… because you still have 4 to 6 weeks to go… 4 weeks minimum …so you definitely don’t want your plant taking a poop right now cuz that’ll just mess everything up in the next 4 weeks for your little baby …

Hmm are you feeding her

Yes I’m feeding all of them the fox farm trio with some beastie bloomz! It’s happening to all my babies what’s going on? 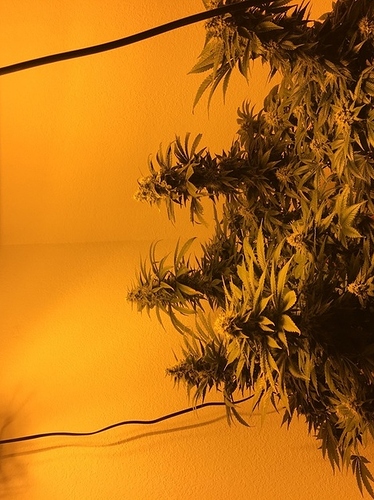 Please tell me this is normal and I’m being paranoid!

I check my ph and feed them every other watering

How high above the canopy is it? Its either that or zinc is getting locked out

It’s 14" above and the temp stays between 73-80. Are they too gone to be fixed whatever it may be? Please say they’re going to be fine!

No they aren’t to far gone Ive helped with much worse…give them a splash of vitamin b1 she looks like she could use some trace elements, and maybe raise the light another 4" if possible @SC8654…your plants will be ok my friend

Thank you so much for the information and the reassurance!

Not a problem im happy to help

The medium is foxfarm ocean forest

Ok that pretty much confirmed zinc is likely getting locked out, when you water water with a 6.8 ph

If it’s not zinc lockout Is there anyway possible that they are done and that could be the problem? I don’t know if I’m smokin crack but my trichomes look milky or at least to me! First day under a light was April first germination started a few days before that

No shes a ways away you can tell by the white pistols, next guess would be potassium deficient as she will need more as she progresses later in flower

Thanks again for all the info you guys at ILGM are awesome!!!