Is the lighting sufficient. First time ever growing! 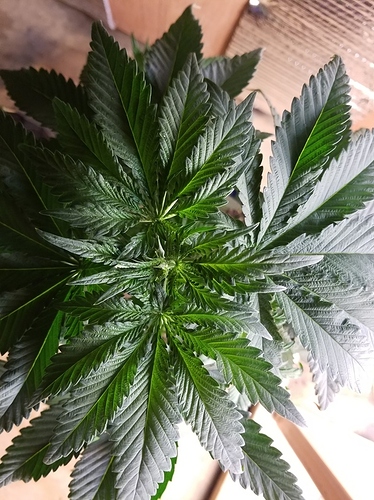 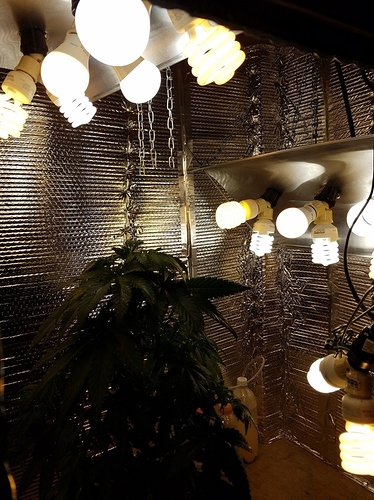 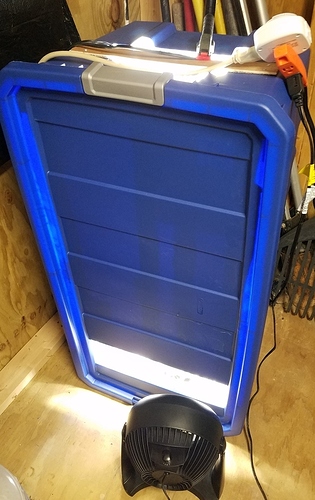 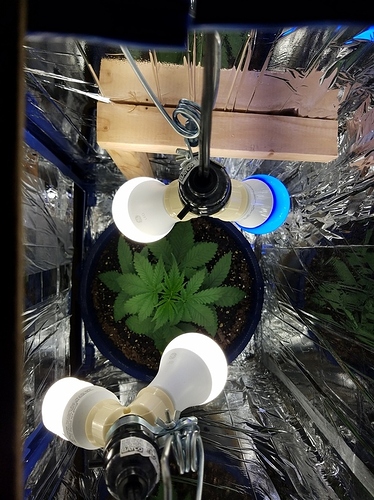 The bigger box has the hoods with mixed lighting, just switched to 12&12 for flower. Smaller blue box was made to stick a smaller plant in for veg until flowering is complete in my big box.

First off your tote box setup is awesome! I like how you did it A+. my opinion your plants look great a little waxy looking on the leaves maybe humidity? But other than that she looks good! Maybe move the lights a little closer to her cfls dont emit much heat. But if they look good to you keep it rollin! are you ph balancing your water and nutes?

you may need to wrap the first box with some thing light can’t penatrate it has to be total darkness. the addition of a far red bulb would help. there was a post that the person removed the defuser on the leds and got them much brighter

IMO you have the bare minimum for veg but it will work. For flower it will work but don’t expect big hard nugs. Small airy buds is all that type of light will produce.

Yes water is ph balanced. New to this but waiting on my ppm meter to get here. I do have a ph meter though.

good , remember that it will take a week or so to see any sign of flowering

Since it was my first time ever growing and where it’s getting later in the year, that’s why I wanted to flower the bigger plant. Just in case I do something wrong, i can learn from it. So hopefully when spring comes I have learned alot from myself and all the great people here.

The only issue I see is that your lights are pointing away from your plant. The led’s specifically. While the use of Y adapters is fairly good for cfl since the majority light doesn’t come from the end of the bulb, not so much with the led.

I would remove the diffusers and leave the Y connectors for the cfl’s. Then try to get the led’s pointing directly at the plant. If you want to go a step further get something to reflect the light over those cfl’s too. If you can do all of the above it will probably double your par levels.

awesome! again she looks great! this forum won’t steer you wrong that’s for sure!

Dgreat start! Those little round LEDs throw red hue CFL blue. My box is tiny too as it being a wardrobe and such but after my first grow I took my time and slowly creat Frankenstein!