Is it To late to germ for an outdoor grow?

Hi I should be getting some seeds in the next few days. Its currently aug 4 and i am in Virginia. Is it too late to start an outside grow with photo plants? I kinda feel like the veg stage will be cut short at this point. But not sure. Thanks.

Im in Va. As well. Given that with a photo you will need at least 8 weeks of veg. Which puts you into October, and another 9-11 weeks in flower that would put a harvest in early January. If we get an October frost all your work goes to the Bud Gods to enjoy. Not something I would risk given the time and $ you would be investing. By October the days will have shortened sending your plant into flower when she’s not mature enough. Even if you did get a harvest it would be minimal.

If they were auto’s you would have a chance, unless you have a place inside to move them.

Welcome to the community ! Too late for photo plants. You can put out a couple auto plants. I would be your neighboring state to the South and we lose one hour’s daylight this month photo plants outside Usually start flowering around the second week of August. leave them till 1st frost to finish up. Good luck Neighbor !

Welcome to the community

Thanks for the input everyone. I was kinda thinking it was too late. Next year then or get an indoor setup. Which would be expensive. So keepnin mind i have one auto grow under my belt as experience, so not much. When would be the most opportune time to germ next year in zone 7(Virginia)? If i put ot in the greenhouse and started it early and let it veg all sum.er would that Make more hearty buds or just give it more time to be eaten by deer? Or when should i germ for best results?
Again. Thanks for everyones input here. Im determined to have a good grow next year.

True that an indoor setup can cost you a bit but, it isnt terrible. You can get a pretty awesome single plant setup for about 500 dollars. It will pay for itself rather quickly when you consider an oz of good weed costs about 350.00 dollars. 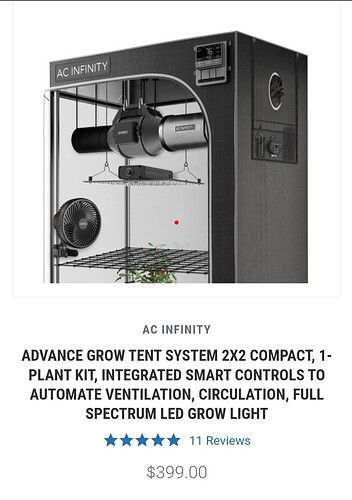 Is a great price, for some fairly top notch equipment.

I usually set plants out mid may after the last frost. You should fall into about the same time line. That will give you about 9 or 10 weeks veg. You could germinate in the last week of April. Just my thoughts good luck .

Fellow Virginian here. Nothing to add but welcome and Happy Growing!

Hello fellow grower! We are located in Richmond VA ourselves. So you have a few options, and depending on what you can or can not do, will dictate where you go from here.

First and foremost, yes a solid plant will want a longer veg time, that is for sure. Yes, the longer you veg a photoperiod, the better the result is as far as yield (depending on how the rest of it’s environment is). However, you can most assuredly flip a plant at 4 weeks in, I’ve done it quite a few times in the past. The problem is this: you’re only going to get but so much maybe a couple ounces off of each one depending on the genetics, and other factors. So I would certainly try.

However, I would only try if I was able to start them on the inside. At this point (check out timeanddate.com) in our light schedule, it is going to flip it as soon as it exists the seedling stage, resulting in far less bud than what was aforementioned. So, its really only viable if you start it on the inside, and then bring it to the outside on day 28, maybe as late as day 35, depending on the genetics you are working with.

From there, on the outside, I would invest in a very small amount of 1"PVC pipe, a roll of clear plastic, and zip ties at least 8" long for room to breathe with it, from your local hardware store. Make a small tent for your ladies, and weight it down. If you are going to end up finishing in the cooler months (November is tricky here, as long as there isn’t a hard frost, you’re usually pretty good to go, last year you could of gotten tomatoes into that timeframe, so cannabis would of too), you can get some black trash bags (double or triple lined) and fill them with water to absorb heat during the day and release it during the night (it works better than you think, use buckets painted black with a tight lid if you can afford it, I know stuff racks up as a grower).

As previously mentioned, you could also run autos, but that wont help you here since you’re receiving photoperiod plants. I hope this was moderately helpful to you, good luck and happy growing!

Great info. I am located just west of Richmond.

Thanks, always happy to help when I can. Nice, that’s a great spot.

High,
A little late for an outside grow. If you have a bunch of seeds give one or two a try and see what happens. Can’t hurt

I am still working on my timing. I dropped seeds 4/1 and they went 8 weeks in solos before I could plant outside. 2023 I will drop on tax day.

I was told a long time ago that cannabis amd tomatoes are very similar. Would it help to look in a farmers almanac for when the best time to plant tomatoes and plant accordingly? Im not experienced in outdoor growing so I am asking as much as suggesting.

Awesome. Im really glad yall are out there with solid info. I orderdd some autos and will get them in the ground asap. We an legally grow 4 at a time. I have a tiny greenhouse so they can start in there and maybe even finish depending on the outside temp.

Hey Phil! Do you have an email?