if only I had a harvest ready to go!

Mine arrived. Intact, with all the parts. It certainly seems to be a well-built machine. It will sit on a shelf for a few months however before it gets used. Does anyone know which blade is which? IIRC, it is serrated for wet-trimming.

Got mine yesterday, haven’t opened it yet, I guess I should.

Serrated for dry
Straight for wet

I thought my blade was missing, but it was taped on the underside of the Styrofoam at the bottom of the box. I would have missed it if I was not recycling the box.

I did the same thing. Almost threw mine out when i took the box to the recycling bin. It was taped to the Styrofoam.

Mine was taped to the styrofoam in the top of the box, and you couldn’t hardly miss it.

Mine was taped too. Whether it was top or bottom depends on which side you opened. If I had opened the other side, I could easily have missed it.

mine was taped also

I opened mine and the blade was taped on top of the styrofoam. I will say that this device seems to be very well built. I was under the impression it would be your typical plastic POS I was proved wrong. Unfortunately like many others who took advantage of this deal I won’t be able to test it for about 3-4 months.

Thanks again for the tip on the bowl trimmer. The upper buds from my Big Bud (did not live up to its name) were ready for harvest, but the lower stuff was not. I harvested just what was above the net. Thought its was a good chance to try out the bowl trimmer some of us were able to get cheap. My test buds were a bunch of the side buds and 10 or so tops. (I hand trimmed the other tops) All I did was cut them from the stems. I slowly turned the crank 15 times in each direction and then 5 times quickly…no logic…just what I did.

I think it did a decent job…I may touch up when dry or even as I put them in the grinder later to roll into joints…I’m sold. One batch took less than a minute…would have been hours of trimming. I will continue to use. 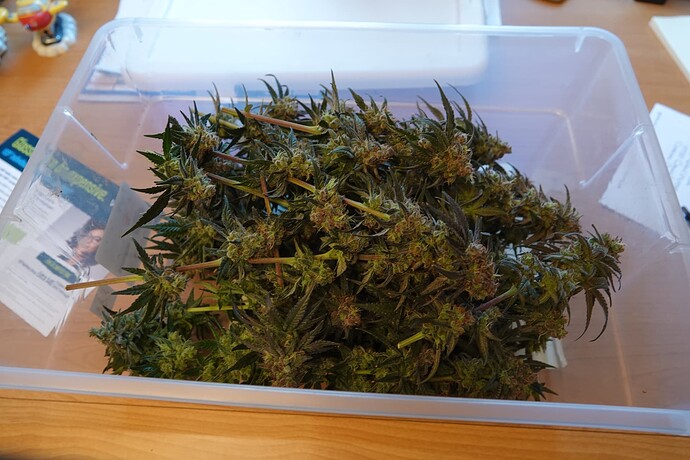 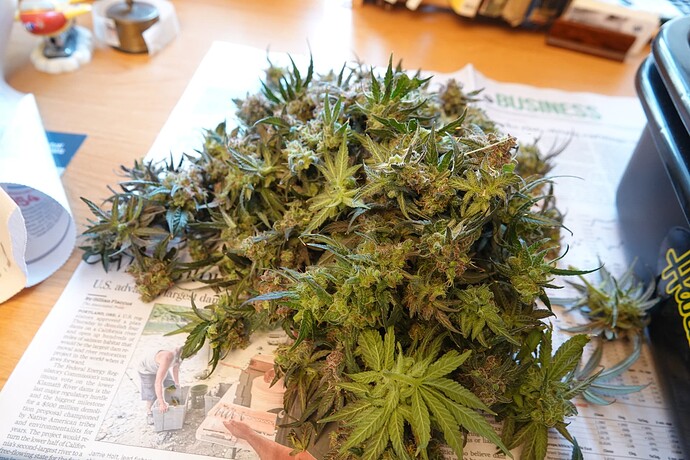 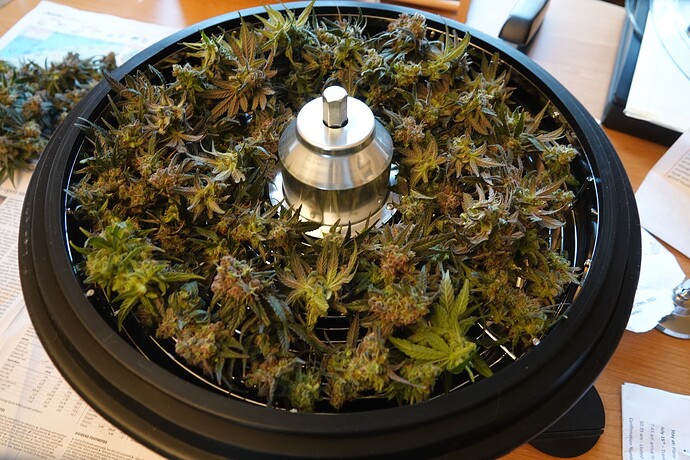 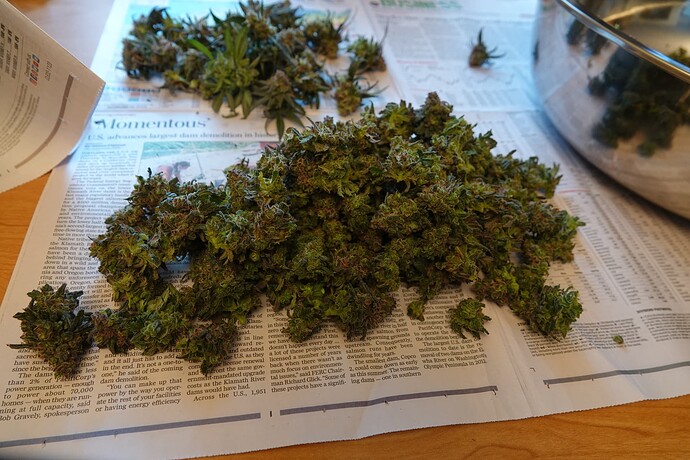 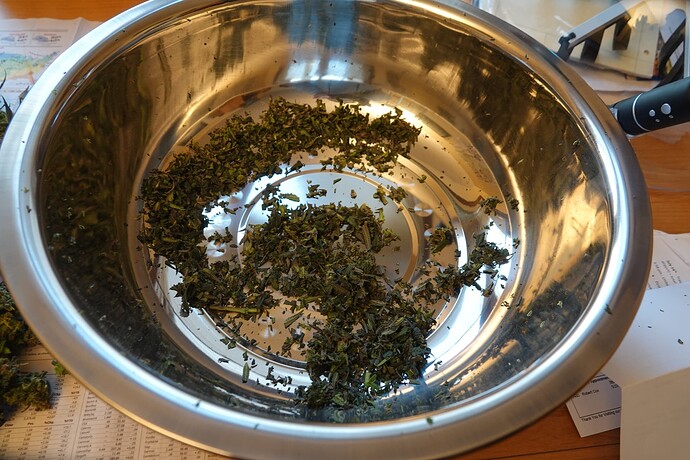 Awesome. Looks really good. Glad so many of us got in in this!

outstanding, thank you for posting it