How to keep my tent warmer in the eve dark hours?

A question from a fellow grower:

Wondering if you have any ideas how to keep my tent warmer in the eve dark hours. It runs around 68 but last night dipped down to 66. I called the manufacturer of the tent and he suggested a honey pot, but I don’t want an open flame. Ideas??? Thank you for your time…

Could you change the light schedule so it’s on during the cool hours and off when it’s warmer in there?

I do as stomper suggests. I run my lights at night for the heat they generate and shut them down during the warmest parts of the day.

Thank you all! Awesome info

I use an electric oil filled heater because its cheap to run and leave it on 15C near the air intake set on the opposite hours to the lights and the lights are on at night to help with the cold.

I’m currently trying to resolve the same problem, I’m looking at getting a thermostat outlet and plugging a small ceramic personal heater into it and see if that’s enough to keep the space warm enough!

I have a portable AC with a humidifier built in I will get it out and have a play see if I can do some thing similar.

For a smaller grow tent, I had success with 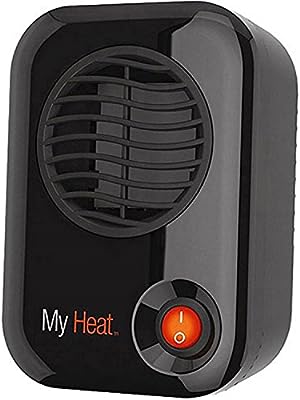 I’ve got it running outside the tent, vented thru ducting…it raises the temp a few degrees during the coldest nights. Shortening the ducting would increase the heat.

Following Tepa in Fahrenheit, we work in Celsius in my part of the world so I converted them as Fahrenheit is most commonly used here

I have hung a 2000w heater from the ceiling of my tent, had temps down to 40 and it’s not quite winter, heater has raised the minimum to 57 but I have ordered thermostat outlets to plug heaters into for precise control rather than the thermostat of the $10 heater, and also plugging exhaust fan into another to shut it off when the temp gets down to about 63 degrees and turn back on when temp gets up 68, in theory I expect the exhaust fan and heater to alternate every 5-10 min during the coldest part of the night, the heater just can’t keep up when the exhaust fan is drawing in cold air. Coldest night so far has been 32, it will prob get a few nights down to 24.

I also like how @kabongster preheats the incoming air, might add one of those if I’m not happy with how this works out!

I am having this same problem here as it gets to 0 over night and I am fighting cold (LEDs bring new problems)
Space heaters burn down houses when not attended trust me I was or sort of am still a fire fighter and they use lots of power some use more then a large light.
Oil filled heaters also burn down houses just not as much and I used one of these but a friend just had his house burnt down by one of these but they think the cut off failed which would be rare but it did happen, So I have placed mine in a metal bin and suck the air thru a hole I cut in the side.
I have now changed tact. I have a brewing barrel aprox 6-7 Gal full of water and have placed 100w fish tank heater inside and sealed enough to stop evaporation placed in the bottom of my grow area (1200x1200x2000cm) (4x4x6.5 foot) and I now have control of temps and its cheap to run with close to zero chance of fire. (and it holods up my fan