How to count nodes

I’m attempting to mainline my plants for the first time. I’m second guessing my nodes. Can anyone tell me if the purple dot is my 3rd node?

Yes its the 3rd node

Lol those nodes are definitely close together and hard to count. I like to use the third node on my manifolds but it’s not that important so if you are off by 1 or 2 it won’t hurt it. I do believe it is the 3rd though

You might have let it get to big to cut down that low. That part of the stem is probably already woody and hollow, how big is the plant I’d hate for you to lose the plant I normally allow em to get to the 5th or 6th and cut down to the 3rd

@MeEasy yeah those 2 nodes being so close threw me off. I waited because I read to wait until you 5-8 nodes. If my counts are right, my newest node is my 7th. She’s only 25days old. Do you still think I should not do it now?

It looks much smaller when you backed away, the stem is pretty thick but you should be able to maybe since it’s not very tall just top it at a higher node. Feel the stem and if it’s still kinda soft I think it would be ok even if it’s like the 6th node you top it at and just clean all the growth from there down like if it was the 3rd and use that node to build the manifold. Hope this made sense to you

Here’s an example 2nd one just to show the different ones most are 3rd node can’t remember which 1 but 1 was growing faster and more distance between nodes so I cut it at a different node to make it the same height as the other ones. These all ended up being 8 top

So at how many days do you usually start mainlining? I see you’re using soil as well, does it take long for the plant to recover? Also what do you have in your drip pans?

Soil is all organic living. They are different times because of the normal stuff strain, sick, etc. But if you get them just right they don’t even slow down between toppings and I’ve switched to flower in as short as 45 days from sprouts. This round was over two months of veg, but I’ve had two surgeries in that time and almost lost em once because I didn’t water for 10 days. I top once they get their 6th node and I do it between 3rd n 4th which is the same for the branches and I keep the 1st and 3rd node on the branches. Those are cedar pickets from an old fence i tore down last summer, I ripped them in half and painted them to seal them I replace em after each grow to avoid mold. I put em in there after getting mold because the fabric pots were sitting in the trays. Plus it helps keep the plants off the cold floor, it’s winter here.

I appreciate the help guys. This is my first grow in general. I’ll look into super cropping

You can still top your plant, you don’t have to do a manifold. I would top it and start tying down the branches to spread them out from each other and letting them grow up you will still end up with multiple tops and a good short fat plant. Look at the LST not the entire plant being pulled down but the individual branches… hope this helps you out, good luck 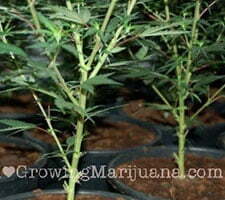 Learn more about topping marijuana with these pruning tricks. Whether you want to FIM your weed plant or super crop for a bigger yield, we have you covered! 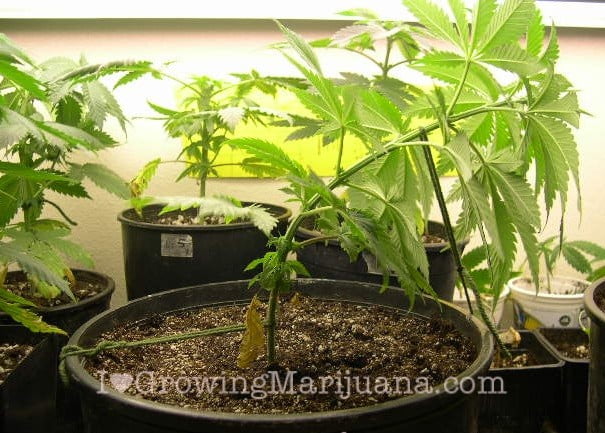 Low Stress Training marijuana plants can increase your yield. Low stress training is a technique to provide as much light exposure a possible. LST can be

@MeEasy what do you think?

You have some very pretty plants. I would probably top them so the branches will grow out from underneath. Here’s a pic of one of mine from awhile back that started out looking close to yours see how many branches are coming from the bottom to form a canopy